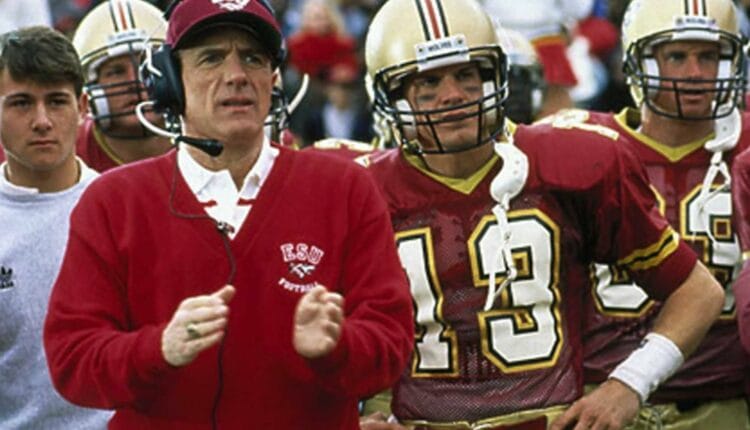 List of Best football Movies you must watch with loved ones

What helps to make best football movies of all the time? They run the gamut from high school, comedy, college, inspirational and kid’s films that’s a huge spectrum I must say. In this article we are going to provide you the list of the best football movies so that you can watch it with your loved ones to crack some skulls. Check the 10 Best football Movies below.

How to Find Which Are Best Football Movies?

For finding the best football movie, you need to take a look at the sport first and foremost to understand why people love football. Football is the game of inches where timing is crucial.

Football is the only sport where brute force and dexterity can face with each other, or in some moments even they get combined. It is one of the only sports where broken fingers are not an injury but rather it is an expectation.

In this list of best football movies we are going to consider portrayal of the actual gameplay, the inspiration factor, the plotline and filmmaking. So which are Best football Movies get to know more.

Our list of Best football Movies starts with The Blind Side which is the tale of Michael Oher who is a homeless and traumatized boy and he became an All- American football player and first round NFL draft pick with the help of a caring woman and her family.

The Blind Side was a hit football movie because it spoke to a few key audiences and their life experiences. Moreover, as the story is based on the true story, it makes it much better and it stand out.

However, the best part of the movie is the story that occurs off the field and how important family can be.

Concussion is a football film about an accomplished pathologist named Dr. Bennet Omalu, who uncovers the truth about brain damage in football players who are suffering from repeated Concussion in the normal play course.

Profession football is governed by the economy as well as by the similar power dynamics like any other billion dollar industry. The NFL buried Concussion data just an investment bankers hide their drug habits and risky behaviour or we can say like mineral water industry hides safety shortcuts.

The Longest Yard is the movie which shows a sadistic warden asks a former pro quarterback, now serving time in his position, to put together a team of inmates to take on the guard of prison. 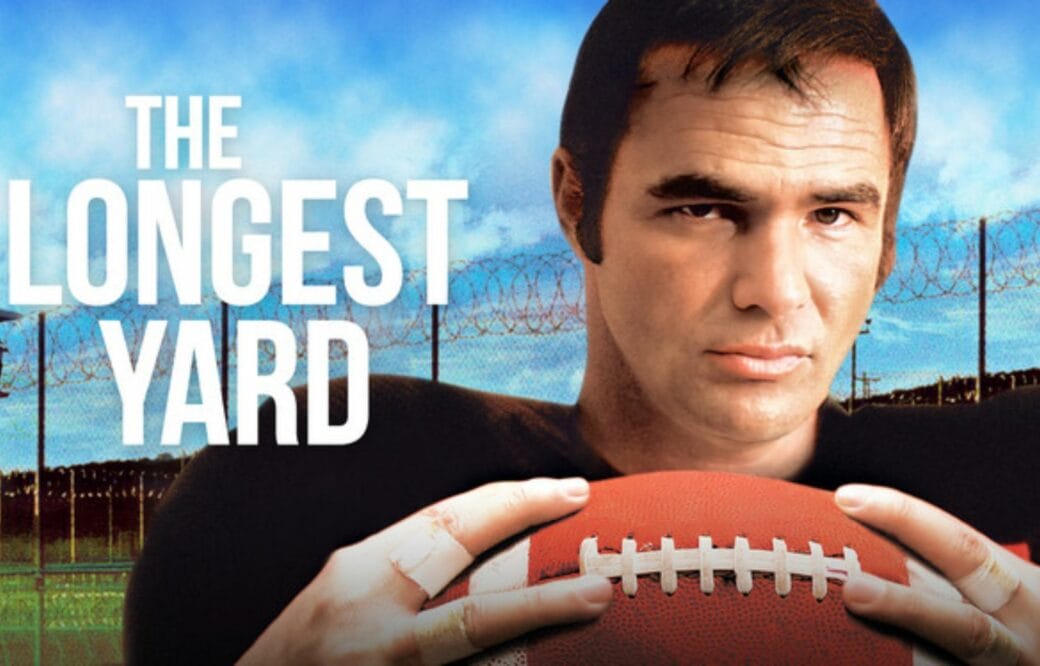 Somehow it is a deeply profound and terribly shallow football film. The lead character is self destructive and flawed to the core and yet the audiences will often end up rooting for him until the total end.

Gridiron Gang is a tale of teenagers at a juvenile detention centre under the leadership of their counsellor which gains huge esteem by playing football together. The film is starred with Dwayne Johnson aka The Rock and has a same plot arc to Coach Carter, Hardball as well as Dangerous Minds.

This movie really has some nice game play and also it has a great message which shows how sports can help young people to build friendships and to excel when put on an even playing field.

Varsity Blues is a tale about a back-up quarterback who is chosen to lead a Texas football team to victory when the star quarterback gets injured. This football film tries to walk the line between a serious examination of high school sports and the pressure it makes along with whipped cream bikinis and stripper English teachers.

If you have a sense humour and enjoy the debauchery with your football movie then don’t look further because this one is for you guys.

The Express is a drama which is based on the life of college football hero Ernie Devis. It is the first African – American to win the Heisman Trophy. This football film has some immense game play in the movie.

This one mostly touches the college players experience, the coach and player relationship and additionally the tough journey for the first winner of African – American Heisman Trophy.

The film All the Right Moves is a dramatized version of what many young football players in steel country experience though its today or in past 1980s. This one nice football movie which serves as a quite accurate depiction of some high school football experiences on and off the ground. 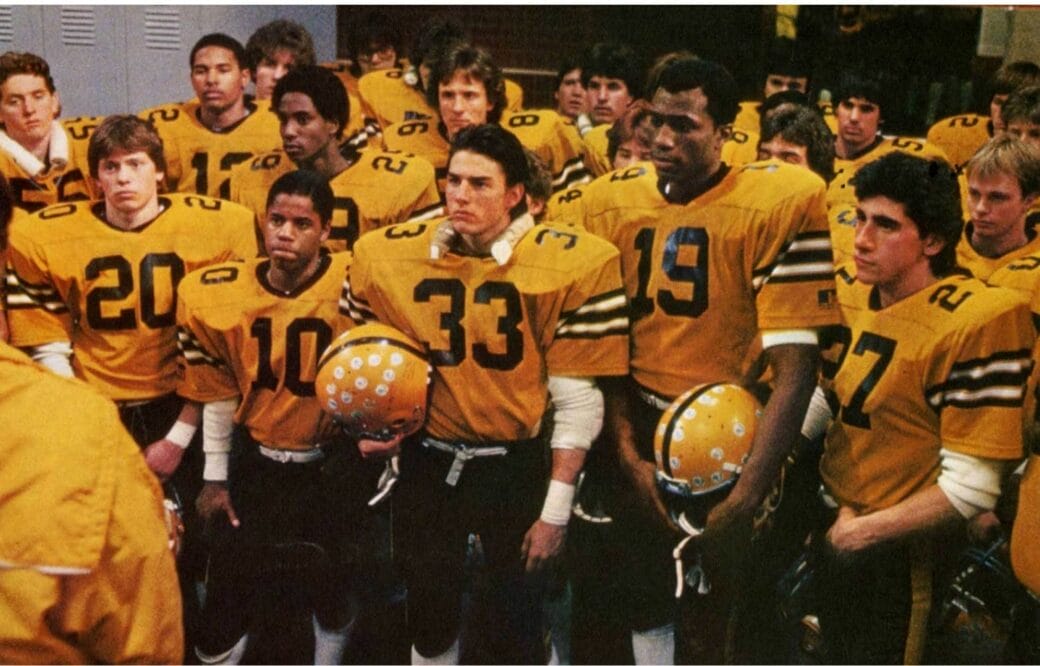 All the Right Moves is a movie which shows a high school football player who ate desperate for a scholarship and his headstrong coach clash in a dying Pennsylvania steel town.

The Waterboy is the movie which about a college football team that discovers their Waterboy has antique tackling ability and becomes a member of the team.

Well, now you guys are wondering about how will you compare a movie like The Waterboy and some of the other ones on this best football movies list?

So for this we can say that, sometimes you just have to allow the pure enjoyment of the movie to stand on its own and you should check out how the movie used the dynamics of the football to make the entertainment for the movie.

Hitting is the big part of game like football, so why not have some enjoyment with it?

Jerry Maguire is the movie about a sports agent who has a moral epiphany and is fires for expressing it. Then Jerry decides to put his new philosophy to the test as an independent agent with the only athlete who stays with him along with his former secretary.

We Are Marshall is a strong football movie which focuses on an entire team and the spirit of an entire school rather than a particular athlete which helps to stand out. The film gives some important lessons on bouncing back and rebuilding when it seems nothing will ever be the same.

Death Stranding 2 Cast: Are You Excited To Know What Is New Here? Check Out Now!