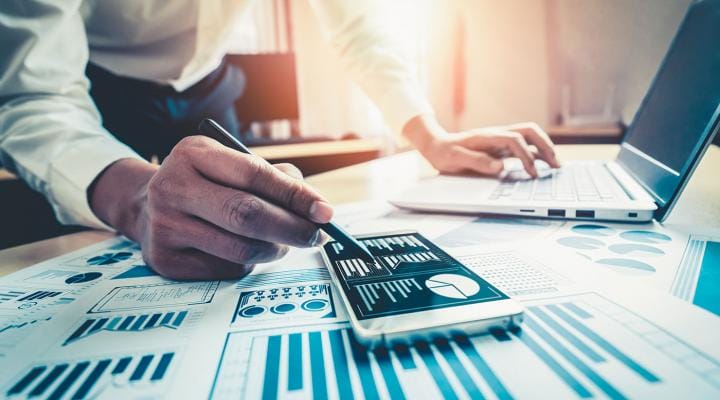 What are the Best Cities for Finance Jobs in 2022?

Are you looking for the best cities for jobs in 2022? You are in the right place! We have ranked the top 6 financial global hubs in the entire world. All of these cities are not only amazing places to live but have endless financial opportunities. All of the biggest banks are based in these cities, and the salaries can be mouth-watering!

Wall Street is the global center of finance! New York is home to the world’s biggest stock exchange and the largest banks on the planet. Here are the examples of the top banks on Wall Street:

In New York City, over 100,000 work in finance. Not only are there tons of finance jobs on Wall Street, but the salaries tend to be the highest on the planet. Entry analysts earn over $150,000, and hedge fund managers are pulling in millions of dollars every year.

After spending all day hustling in the financial district of New York, you can enjoy thousands of world-class restaurants, soak up legendary Central Park and check out countless amazing museums.

New York is truly one of the most spectacular cities on the planet. By the way, New York is among the top 10 American cities for jobs in 2022. The company that developed the popular email finder, SignalHire, came to this conclusion in its latest study conducted in the summer of 2022. There are so many opportunities to work in finance and carve out whatever career you want. Just be prepared to work long hours!

London has been a financial capital since the days of the Romans! London is home to almost 10 million, and a significant percentage work in The City, which is the equivalent of New York’s Wall Street. London bankers are famous all over the world for landing massive deals, and everyone from Moscow to Shanghai wants to invest in this global financial hub.

Just like their colleagues in New York, London financial workers can command massive salaries but a touch lower. Financial analysts tend to start on $100,000 and are known to get enormous bonuses.

London has a slightly more relaxed atmosphere compared to Wall Street. However, financial workers are still famous for working incredibly long hours, and there is massive competition to land the top roles at investment banks.

Some of the most prized careers in The City include portfolio manager, trader, and investment banking analyst. You can quickly become a millionaire after just a few years of working in these roles!

If you don’t fancy living in Asia or America, you can always enjoy some old-world European sophistication in Zurich, Switzerland. The financial sector is massive in Switzerland and is the country’s primary industry, generating over 10% of the country’s GDP!

Swiss bankers are famous all over the world. They are known for their skills in protecting the wealth of highly influential people. Some of the most powerful people in the world have their money secured away in Switzerland, which has maintained its neutral status for centuries and even managed to stay out of World War II!

Zurich is one of the best places in the world to start a private banking and wealth management career. Swiss banks are masters at helping wealthy clients increase their wealth and know all of the tricks to avoid taxes and avoid the eyes of governments.

If cobblestone streets aren’t your thing and you are more into futuristic cities, then Hong Kong is a great place to build a financial career. Hong Kong has the 6th largest stock exchange on the planet. There are over 2000 companies listed on the exchange with a market capitalization of $6 trillion!

Hong Kong relies on previously being a British colony and its proximity to mainland China. Many foreigners use the hub to access China and Asian markets, while Mainland Chinese people use the hub to connect with the West.

Hong Kong has a booming financial district. There are lots of opportunities in investment banking, fintech, and even crypto, with numerous new innovative companies and legacy investment banks.

Hong Kong has profited from its status as a global financial hub and now has some of the most expensive real estate in the entire world. A single square meter in the city costs almost $30,000!

Tokyo has been a massive financial hub and the center of Asian banking since the 1960s. Tokyo experienced massive growth in the 1980s as its financial industry and tech giants became global players.

Tokyo is home to some of the biggest investment banks and insurance companies in the world. For example, JP Morgan has over 1200 employees in Tokyo, and an estimated 200,000 people in Tokyo work in finance.

Despite suffering recessions, Tokyo has still remained a massive global financial hub. Tokyo is known for its futuristic feel and extreme work culture. It is common for people to work 12 hours per day and head to the office on Saturdays.

San Francisco is known for being home to the biggest tech companies on the planet, including Facebook, Google, Adobe, Linkedin, PayPal, and more. Don’t worry; there is also a thriving financial scene that facilitates these massive tech companies. For example, all major investment banks have a presence in the Bay Area, and the most elite venture capital firms are all located in the San Francisco area, including Sequoia Capital and YCombinator.

Venture capital is the process of startups receiving early private funding. Venture capital funds assess these early-stage startups and invest money in them in hopes of eventually taking them public and earning massive returns. If you are interested in a career in venture capital, then San Francisco is the ultimate place to be. Top venture capital investors can earn millions just check out Marc Andreessen, who has a net worth of $1.7 billion thanks to his successful bets on Waymo and Slack.

If you are serious about forging a career in finance, then you need to head to one of these financial hubs:

5 Tips for Getting the Most Out of Exchange Rate Data