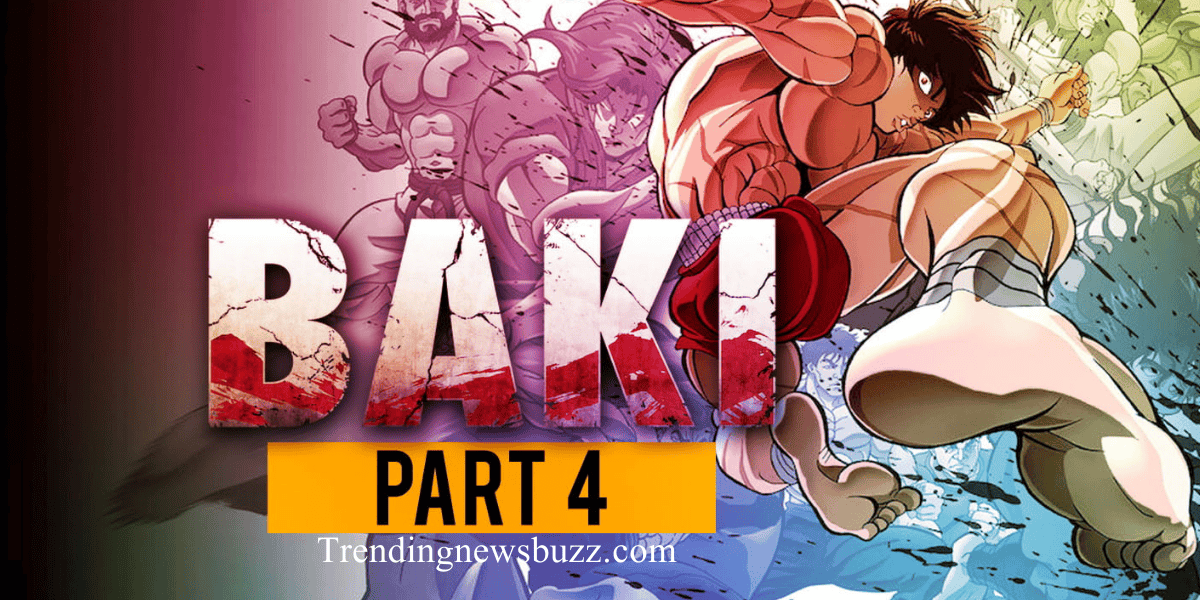 Will There Be Baki Season 4 On Netflix ?

However, the kind of news I’ve you might get disappointed. But still don’t be.

And as for the news, we don’t have an exact release date yet. But we do have its exact name.

Baki Season 4 will release as Baki: Son of Ogre on Netflix.

Earlier, even Baki Season 3 was released as Baki: The Centennial Tournament Saga.

As you see in the tweet, the announcement was made official on September 25 of 2020.

Now, once again, the question is the same as before – “When can we expect Baki Season 4 on Netflix?”

Well, the expected release date of the Netflix anime is sometime between late 2020 or early 2021.

In the story front, Baki: Son of Ogre will follow the story of the Hanma Baki manga series.

If Baki Season 4 comes out to be as I think, then it’ll be a treat for the fans.

As per the manga series, Baki will take on against Ogre in the martial arts circles, Yujiro Hanma (Baki’s Father).

I’m expecting this fight to be quite exciting. I hope Baki Season 4 won’t disappoint my expectations.

Coming to the production aspects, the 1st 2 seasons of the Baki anime series were produced by TMS entertainment.

For those of you who don’t know,

The animation studio TMS entertainment is popular for producing Lupin III, ReLIFE, Detective Conan, Megalo Box in the past.

Apart from the Baki Part 4, they’re working on Megalo Box Season 2 and the Fruits Basket reboot project at the moment.

As I said earlier, Baki Part 4 will feature the face-off between father and son.

However, before the final confrontation, everyone has one doubt – “Is he ready?”

Is he ready to take the fight to his father Yujiro Hanma (who is apparently known as Ogre in the martial arts circles)?

So, in order to become stronger & be able to face off against his father, Baki will choose a highly extreme training regime.

And for this, he plans a grand scheme.

All this begins with him going to prison purposefully.

Once he’s in the high-security prison, he’ll challenge their security by kidnapping the President of the United States.

Later, when he’s arrested, he’ll make a request to keep him in the same prison as “Mr. Unchained” Biscuit Oliver.

Secretly, Oliver is working for the United States government as a high-paid mercenary. He’s essentially used to take out criminals that conventional police and military cannot terminate.

In exchange, he’s living a lavish life in the Prison.

After going through this in-depth plot summary, you might be thinking – “Why?”

“Why Baki is keen on meeting Oliver in Prison?”

“Why he needs Oliver’s attention?”

Baki will be surrounded by prison guards all the time – then why?

“What kind of spectacle Baki wants to create next?”

Well, the possibilities are innumerable.

I know you’re curious, you want to know the reasons behind the plot.

Unfortunately, at this moment we don’t have the answer to all these questions.

Also Watch: Action Adventure Is On With Wu Assassins!

Months before releasing the official title of Baki part 4, the production house released a teaser trailer of Baki 4. Even though it’s in Japanese, the die-hard fan will be more than happy watching it. Here’s the trailer:

How was it? Did you understand anything? I don’t know the language & there aren’t even any English subtitles. If you do, I would love to know your thoughts on this.

Where To Watch Baki Season 4?

As I said earlier, I don’t know when Baki Part 4 will release. However, once it releases, there are 2 places for you to watch it legally – Netflix & Amazon.

Amazon: At Amazon, you don’t need any subscription. You can straightaway purchase the Baki anime series from Amazon & keep it to yourself for a lifetime. However, in comparison to Netflix, it’s way too pricey. So, go with what’s best for you.

So, these are the 2 options for you to watch the upcoming Baki Season 4 legally.

If you’re into watching online video content through illegal means, you can check out the alternative to premium anime streaming sites.

However, I would not recommend it as these sites may expose you to some kind of online threat.

See More: Action Adventure Is On With Wu Assassins!

What’s Next For The Baki Franchise

Akita Shoten’s Monthly Shōnen Champion magazine in the November issue revealed a new spinoff to the Baki Manga series. Originally titled Baki Side Story – Retsu Kaioh Doesn’t Mind Even if It’s in Another World, the spinoff will release in the magazine’s next issue on November 6th of 2020.

A – Baki part 4 will feature a fight between father & Son – Yujiro Hanma & Baki.

Q – Will there be an English Dub version of Baki Season 4?

A – Well, as of now, Netflix features the English dubbed version of all 3 parts of Baki anime. And as for the 4th season, we don’t even have the release date yet. But if I’ve to make a guess, I would say it would be after the official release of Baki part 4.

Q – How many episodes will there be in Baki Season 4?

A – As noted from the past Baki seasons, Baki Season 4 is expected to feature 13 episodes.

A – After narrating the plot, this question was expected. Yujiro Hanma is cruel, arrogant & manipulative. Now, with these personality traits, you tell me – Is he a Bad guy?

That’s it for all to know at the moment. As soon as we’ve more updates on the Baki part 4 release date or official trailer, we’ll let you know.

So, keep vising our site to stay updated. In the meanwhile, you can stream countless anime shows that Netflix has to offer with their subscription.

Anime Coming Up On Netflix 2021