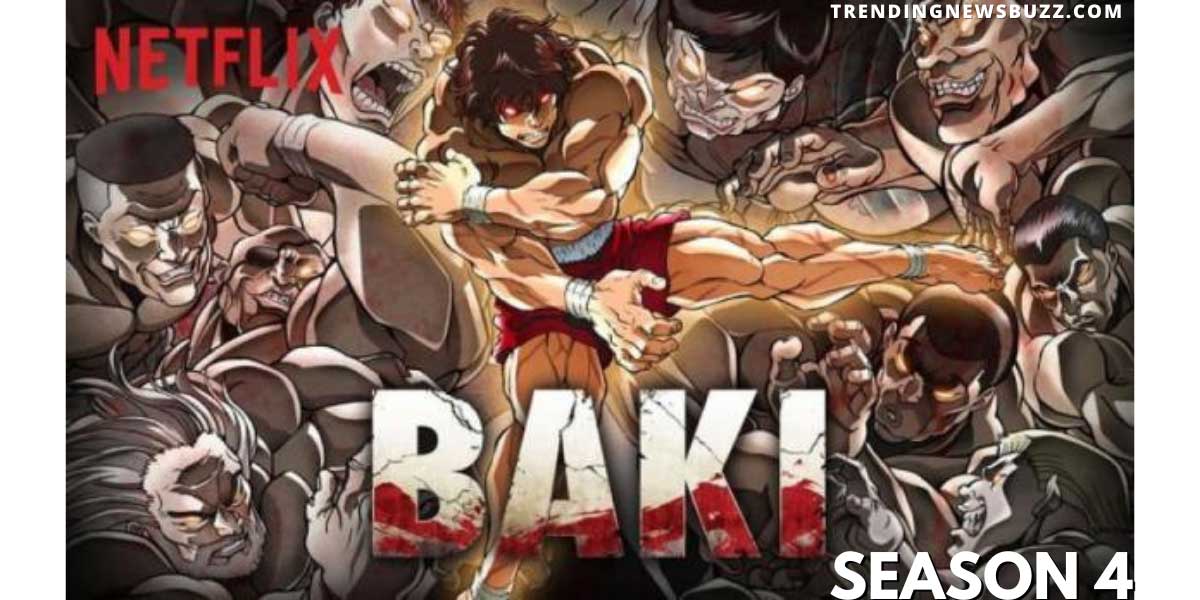 The famous anime series, Baki has been renewed for its next season. The show has released 3 seasons so far now and one of the fourth seasons is on the way to release. The extra supportive fan of this series couldn’t keep calm and wanted to know every detail regarding it. 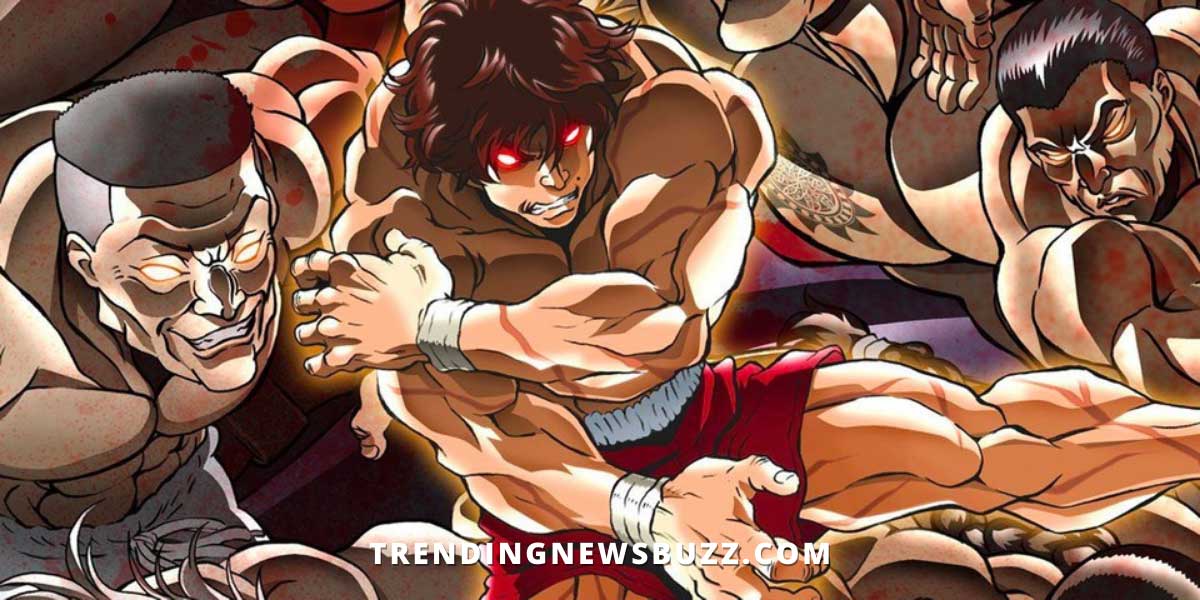 We have already posted an article regarding the Confirmed season 4 of Baki and every important detail about it. In this article, We’ll be talking about Baki’s important characters.

I know most of the Baki fans are dying to know which characters they are going to meet in the future. But, don’t worry because your wait ends here. We’ll be going to discuss every character of this story. Stay tuned till the end.

Starting the list with the main character of this action Japanese anime. The extraordinary kid has mastered the arts of fighting since he was a little guy. Baki is known for his extra-relevant Martial arts skill which he was practicing since the age of 3. Initially, he was practicing under the coaches and teachers but after attaining the age of 13, he left everyone.

He thought that he had learned enough from the teachers and now it was time for him to take his art in his own hand. 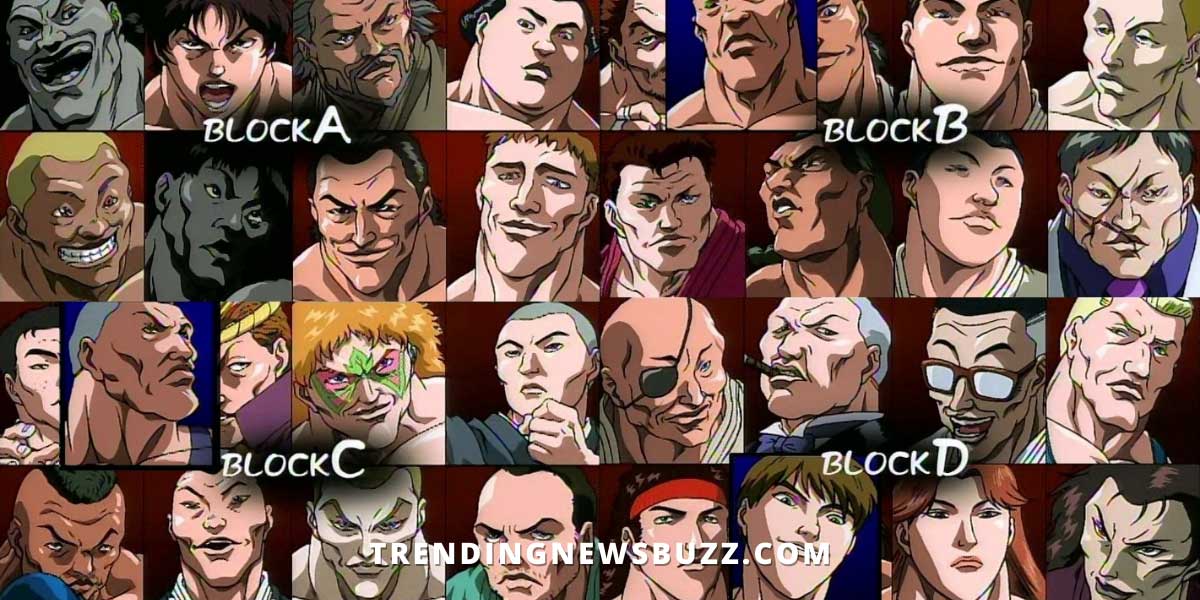 With the guidance of his father, Yujiro Hanma, and the orders which he followed when he was training, he goes to practice. When Baki grew up and met his father, he was shocked by his real intentions. Unknown to his feelings and thoughts, Baki used to respect him with all his heart. But after knowing what he is and what he had done in the past, he decided to kill him.

Baki fought his first match at the age of 15 and won it without losing it. Unlike his father, he was a good player and always managed to maintain his killer instinct. He plays the match without any wrong and fair play.

The father of Baki and Jack is none other than Yuujiro Hanma. He is the ultimate fighter and has been referred to as the strongest player in the Baki. Yuujiro Hanma has mastered the art of not only martial arts but also karate, Taekwondo, Ju-jitsu, wrestling, and Judo.

Along with all these amazing fighting skills, he also has a knowledge of The secret Udondi style, which is known by only a few people in the show. He learned this technique from a great old king family when he was a child. His great fighting style and killer instinct have always motivated the player and everyone thinks of him as an idol. His son, Baki, himself used to follow his moves but as soon as he got to know about his true intentions, he refused to learn any of these. His hatred towards his father was indefinable.

One of the most epic fights of Yuujiro is when he was sent on the battlefield without anything. Along with thousands of soldiers, he was there, fighting with his bare hands. At the age of only 16, he was sent to the great battlefield to fight against the superpower US and Vietcong forces. 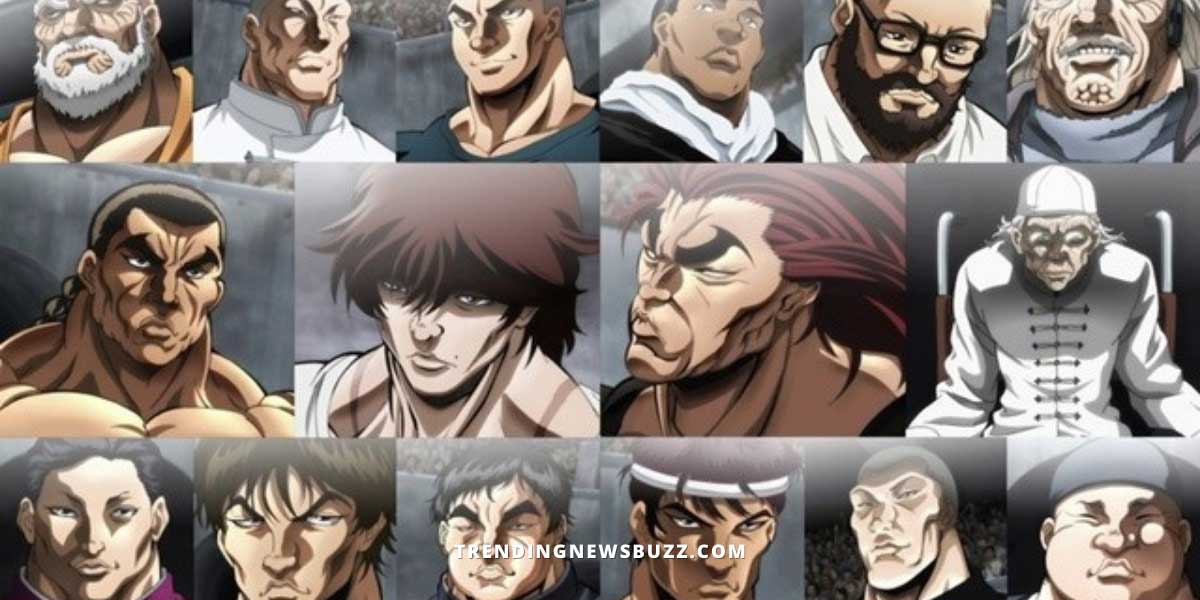 Due to his powers, he was able to make a huge change in the battle and they won. The US took him as a leader and they even called him up for all his accomplishments.

He has his own name in America and now the US knew him as his own Nation. All these happened and America’s president wanted him to shake hands for the sake of friendship for later use. The country made him fight for mercenary.

When Baki and Yuujiro fight, of course, there is no chance for Baki to win. With all these fighting skills and great experience, Yuujiro won the battle. On the other hand, someone in the crowd took the video of the whole fight and viral it on different Social Networking sites. Yuujiro hated the unwanted attention and publicity of his and he got annoyed with all these young fans messaging him and asking him for an autograph.

If you are looking for any new anime series then BNA is for you. Check out this article.

The other important character of the Japanese series is him. Hw has been practicing the art of Karate for 50 years and is the only person who is able to have a tough fight with the great Yuujiro. These two characters are known for their great fighting spirit but still, Yuujiro is Yuujiro and there is no beat of him.

They had once fought 10 years earlier and during the tough fight, Yuuji injured Orochi. The fight left two scars on his face which he still looked up for. He always got a wish to fight with Yuujiro and won the fight but till now, there is no such thing happening.

When Doppo fights an underground tournament and loses badly, he decides to leave his institution. After closing everything, he starts his training back. He has gone through many things in the story but still loved by many people. His dedication towards winning a fight with Yuujiro is worth looking for. Every Baki fan has a soft corner for him.

These are the three main characters of the story. Surely, there are other characters but these three are the main center of attraction. In the next season, these three characters will have the same worth as they used to be before. Other than that, there will be additional characters in the story that we will read about.

The first character that would be in the Baki season 4 will be PIckle. He is a primitive man who lives in caves and pre-historic era. Being from the Jurassic era, he is not that intelligent as compared to man. In Baki season 4, you will see him in his giant look but this man is intelligent.

Moreover, he is a very sensible and emotional guy. Every time he fights with a guy who seems to be good at it and the guy loses badly, he cries. He never tried to hurt any person who doesn’t fight with him.

One of his most kind moments was when he offered Katsumi Orochi his arm. This is because, in a fight, Pickle tore Katsumi Orochi’s one hand but later apologized to him and even prayed for him. He is a strong contestant and fights vigorously with his opponent. He never fails to give his 100% in a fight and never is afraid of anyone except a wasp.

Being a primitive man, he was not introduced to all the fighting skills that modern-day people own. But as the show progresses you’ll see him fighting with the opponents and even learn their moves. Pickle started to learn some martial art moves and some intelligence but still, he couldn’t compete with humans in the brain.

The character is from Hong Kong, China, and a tall a masculine man in the story. He plays an important character in the Baki the Grappler series. His well-known fighting style is the Kenpo style which he has learned from his heirs of Chinese. But he is a great man and a well-disciplined character.

But his only drawback is that he doesn’t open much to intelligence. Despite his great knowledge in the field of Fighting, he never wanted to learn much. While many of you might didn’t know but he died in the last season of Baki. Many fans are predicting that they might see him. But I don’t really think of this happening but who knows? There are many theories on the internet that you can check.

In this section, I’ll tell you the top ten characters of the entire Baki series.

When is Baki Season 4 Coming Out?

Netflix has officially renewed its anime series for the fourth installment which is titled s Baki: Son of Ogre. The series is confirmed to release on NETFLIX. The series would be released first in Japan and then on Netflix. If the production of Baki ends this year then we can expect it at the end of 2021.

The action-thriller Japanese series, Baki is all set to release its next upcoming season 4. The last season, which was season 3, ended on a cliffhanger. The ending of the third reason left the people in suspense and now they are wondering about all the plotlines, and characters. The release date of season 4 isn’t officially announced yet. However, the series is confirmed to release.

The show’s admirers are waiting for some spoiler and news and to be honest, we are too. If there will be more updates then we will update you for sure.