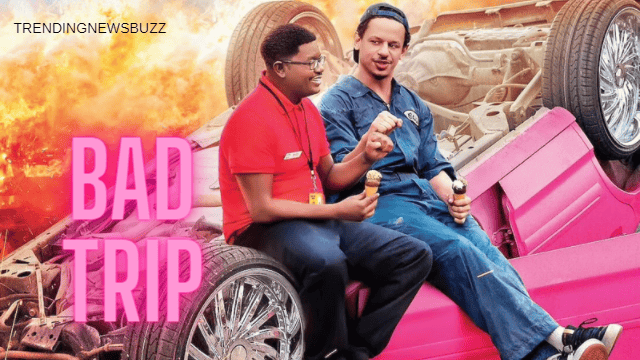 Eric Andre and his brutality drive the plot of Bad Trip, a prank film. It’s ultra-fun and ultra-ridiculous, and it’s the perfect movie to see with your closest buddy right now. Continue reading, if you are interested in the film and want to know more about it.

Plot of the Film, Bad Trip

The plot of Bad Trip centers around Chris’ attempt to go to New York with his closest friend, Bud, and propose to the love of his life, Maria. But Trina, Bud’s sister, is out for vengeance after they steal her car. 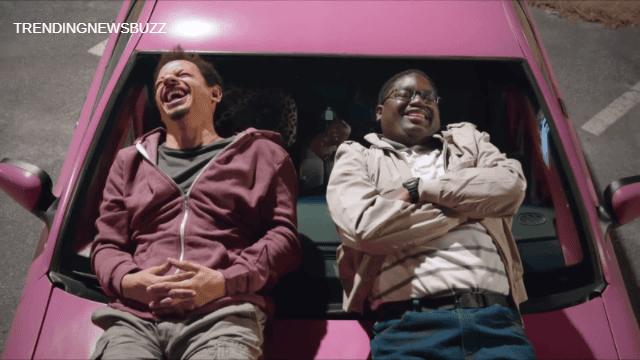 Review of the Film, Bad Trip

Bad Trip is a rollercoaster that falls under the genre of joke films that really work beautifully. It’s a story built on a never-ending sequence of pranks and social experiments. It not only raise the comedy but also, shockingly, provide the tale structure. Each prank is outrageous and screams Eric Andre, but they aren’t attempting to expose anyone wrongdoing or conducting social studies. It lingers on so many nasty moments, yet it feels realistically wholesome and well-conceived. 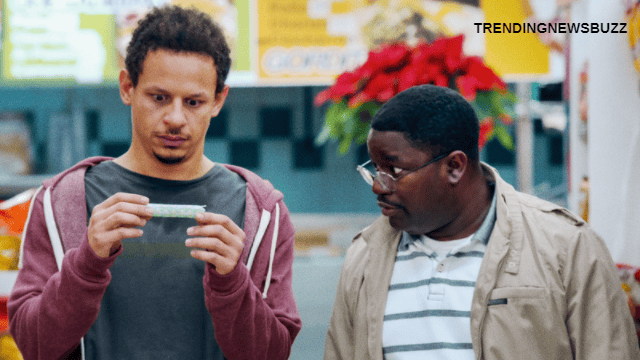 Chris (played by Eric Andre) is a scumbag who has spent his entire life doing odd jobs until one day he runs across his old flame Maria (Played by Michaela Conlin). So he and his closest friend, Bud (played by Lil Rel Howery), plan to travel to New York to visit Maria at her Art Gallery. This is where Chris would propose to her and make love to her. However, Bud’s nasty sister, Trina (Tiffany Haddish), becomes insane and enraged after the lads steal their pink “Bad Bitch” wagon to travel to New York. That’s the gist of the plot. A classic buddy comedy film that relies on real-life pranks to function.

Read also: Wu Assassins Season 2 Is On the Way

The performances are actually rather engaging, as seen by how pranks usually make you grimace in a nice manner. This may seem overstated, but Eric Andre is a genius. He is willing to go to any length, bear any repercussions, and perplex anybody in order to get that clip on camera. Whether it’s the Eric Andre show or Bad Trip, his comedy has always been based on one thing: response. What he does is some of the most absurd things a 20-year-old can conceive of. Yet it appeals to us because no one ever imagined something like this would unfold in front of their eyes. The Gorilla prank in Bad Trip being one of the best examples.

The Wholesomeness of Bad Trip

Eric Andre elevates the trip, but Lil Rel Howery and Tiffany Haddish both have strong performances. I felt Howery was underutilized, but Tiffany has a strong repertoire of pranks and she completely kills it. Her indignation and anger are both humorous and real enough to elicit a reaction. Every sequence featuring her was pure pleasure, from going to a random police officer and telling him she wants to kiss him to dangling Eric from a skyscraper. Awful Trip isn’t out to make its victims feel bad, and the picture becomes unmistakably wholesome in the end.

The entire scenario of Eric apologising to Rel on a bus screamed clichéd buddy moment, yet the responses and claps seemed genuine because they were. By putting the entire action in a genuine vibrant context, this single-handedly avoids the pretentiousness that is evident in so many buddy flicks. It intentionally emphasises how individuals actively participate in what is going on around them. They persuade Eric to follow his love, not give up on his life, and make reconciliation with his best friends, and they are responding not according to a script, but according to their conscience. This contributes to a sense of humanity in a film filled with filthy and horrifyingly funny pranks. 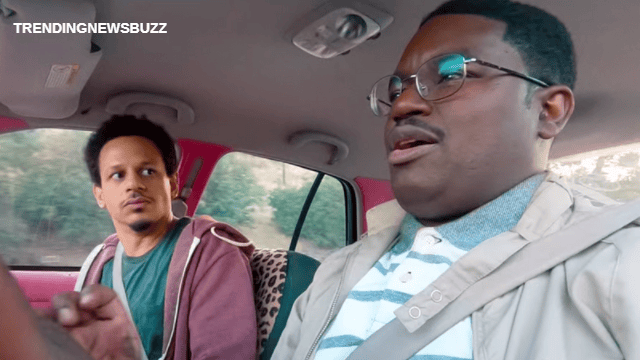 The logistics and filming of Bad Trip must have been quite difficult. In the closing credits, they reveal how many various pranks they tried before getting a reaction appropriate for the plot of the movie. This level of attention to realism and fiction astounds me. I’m not claiming that this movie will appeal to everyone; I know it won’t, and it’s definitely not the finest Reality-Fiction film out there (Borat takes the cake for me), but it was just so much fun to see Eric do something with regular people rather than celebrities.

Read also: Are You the One Season 10: Whether We Will Get a New Season

The finale of this film is the one prank that completely surprised me, and I felt sorry that I didn’t see it coming. Bad Trip places performers on a timetable, a timeline designed to elicit the finest emotions possible. Their work isn’t done until they find anything usable for the film, so they keep doing it again and over, and it’s because of their passion that I’m giving it up. I suppose Awful Trip makes me feel bad for sitting at home for so long since the public engagement in this film is incredible. If you’re looking for a crazy journey or filthy pranks with a dash of wholesomeness, check out Bad Trip on Netflix right now.

On Rotten Tomatoes, Bad Trip has a rating of 73 percent, with the opinion. That is the most brilliantly filthy hidden-camera pieces that frequently catch the unsuspecting victims at their finest. Bad Trip turns out to be a surprisingly uplifting trip. It has a Metascore of 60 and has received Mixed or Average reviews from 17 critics. Bad Trip is the most enjoyable prank film you will ever see. It’s filthy and unpleasant, but the movie’s goal is to make you feel good about humanity. Eric Andre is the film’s undisputed star, and he deserves to be seen in his full grandeur.