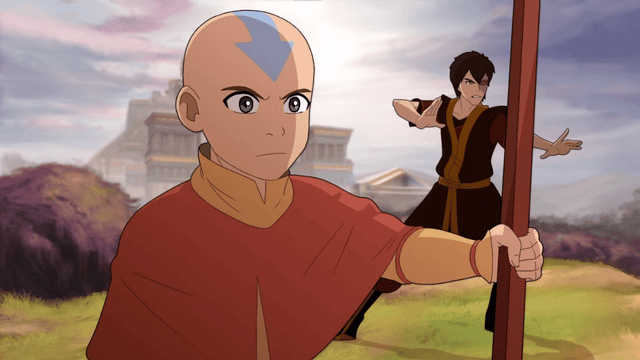 This article will discuss topics like “Netflix’s Avatar Live Action” and Everything you need to know about its Casting. Therefore, if this is something that piques your curiosity, stick with us.

“A long time ago, the four nations got along well with each other. Then, when the Fire Nation came to attack, everything changed. Only the Avatar, who was in charge of all four elements, could stop them, but he disappeared just when the world needed him the most.

Now, Avatar and the rest of the group are making a big comeback on TV in Avatar: The Last Airbender, a live-action show on Netflix.

The live-action Avatar show was announced in 2018, but production didn’t start until 2021 because of the COVID-19 pandemic. There will be a lot of new faces in the cast, led by the young actor Gordon Cormier as Aang. Other well-known Hollywood actors will also be in the cast.

Here’s everything you need to know about the live-action Avatar movie on Netflix, including the casting, the characters, the trailer, and the date it will come out: 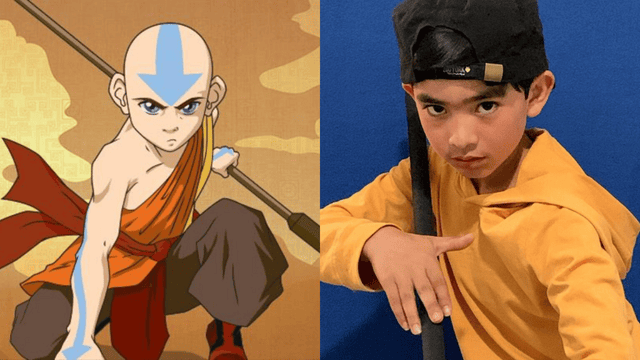 Gordon Cormier, a 12-year-old Filipino-Canadian actor, has gotten the role of a lifetime. He will play Aang, the main character of the Netflix live-action series, in which he will be the main character. In “Two Sentence Horror Stories,” he played Young Charles, and in “The Stand,” he played Joe.

Gordon Cormier has already started to learn how to use a staff, which is Aang’s favourite weapon and also his glider.

Gordon Cormier loves to go skateboarding with his friends when he’s not in the spotlight. 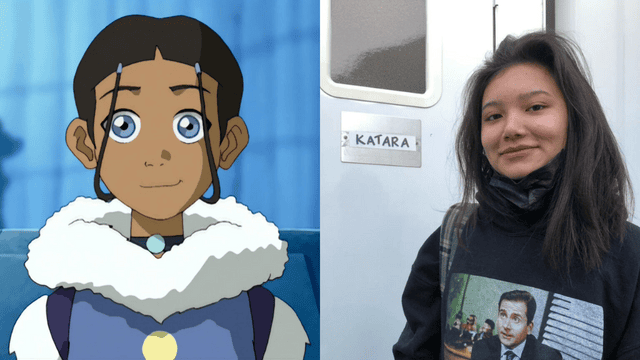 Katara, who is a waterbender and Aang’s best friend and love interest, will be played by a new actress named Kiawentiio Tarbell.

Kiawentiio has played Maya Thomas in “Rutherford Falls” and Ka’kwet in Netflix’s “Anne with an E,” which is based on the book “Anne of Green Gables.” She was also in “Beans,” a Canadian movie that won a lot of awards. 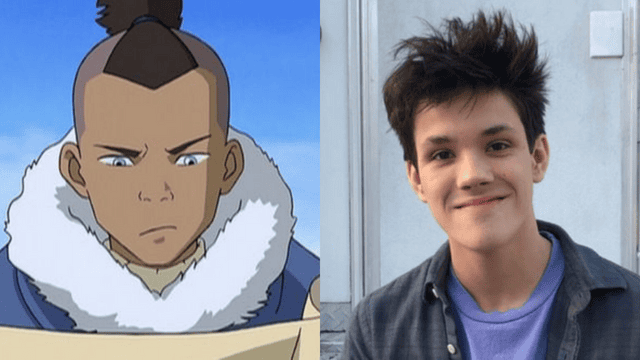 Ian Ousley will play Sokka in the live-action version of Avatar. This is his second role in a Netflix show. Ian Ousley played Robby Corman on “13 Reasons Why” before.

Ian Ousley will soon be using Sokka’s famous boomerang, and we can’t wait to see it! 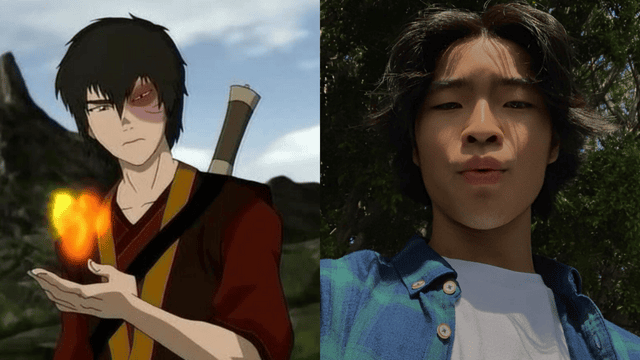 The American actor Dallas Liu has been in live-action versions of movies before. In 2009, he made his first appearance as a young Jin Kazama in the movie version of Tekken. Dallas Liu was also recently in the Marvel movie “Shang-Chi and the Legend of the Ten Rings.” He played Katy’s younger brother Ruihua Chen in that movie.

Dallas Liu is also one of the main actors in the show “PEN15,” where he plays Shuji, Maya’s older brother. In “Lost,” Daniel Dae Kim played Jin-Soo Kwon, who got lost on a mysterious island. In the Avatar live-action series, he will play one of the most powerful firebenders in the world.

Daniel Dae Kim is also known for his other TV roles, such as Chin Ho Kelly in “Hawaii Five-0” and Lt. John Matheson in “Crusade.”

Daniel Dae Kim had a part in the animated show “Avatar: The Last Airbender,” which not many people knew. He did the voice of General Fong, an Earth Kingdom Army soldier who could bend the earth.

On Daniel Dae Kim’s Instagram, fans can see photos from behind the scenes of the Avatar live-action series. 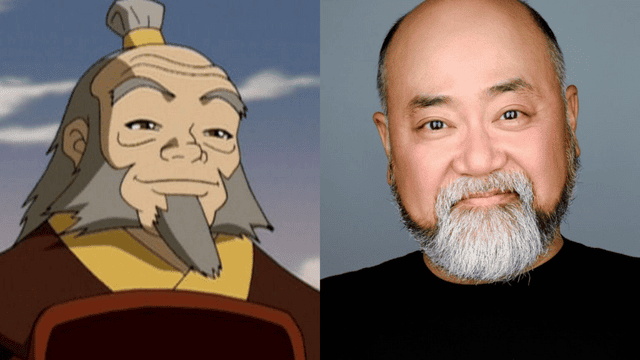 Appa will finally be in the live-action Avatar show! We’re not talking about Aang’s sky bison; we’re talking about Paul Sun-Hyun Lee!

Randy Ko in “Train 48” and Appa (Mr. Kim) in “Kim’s Convenience” are two of his best-known roles.

Paul Sun-Hyung Lee tweeted, “Big shoes to fill by the late GREAT Mako,” as a tribute to Iroh’s Japanese voice actor Mako Iwamatsu. “I hope to do this character justice and honour while making it my own.” 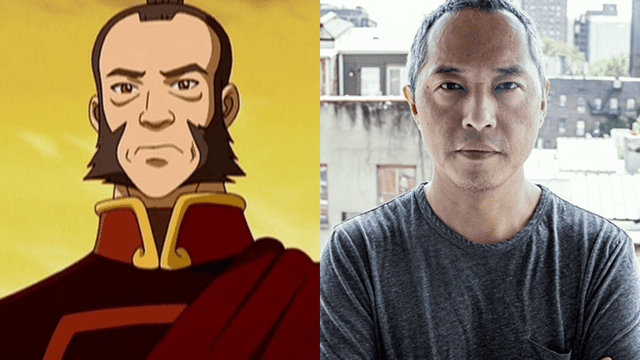 Ken Leung, who was also on “Lost,” will play Admiral Zhao in the live-action Avatar series on Netflix. In “The Night Shift,” he played the role of Dr. Topher Zia, and in “Star Wars: The Force Awakens,” he played Admiral Statura.

Daniel Dae Kim, who worked with Ken Leung on “Lost,” will be back together again. In the supernatural TV show, Ken Leung played Miles Straume. 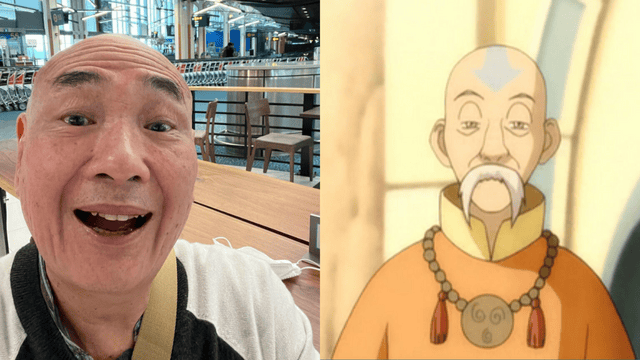 Lim Kay Siu, who is from Singapore, is back in another “Avatar” project. This time, he is in a series on Netflix. Lim Kay Siu will play Gyatso, a monk who can bend air and is Aang’s teacher and guardian. Suki, the leader of the Kyoshi warriors and Sokka’s love interest, will be played by a young woman named Maria Zhang.

In an Instagram post, Maria Zhang said, “I can only hope I do our badass Kyoshi girl with the fan justice.”

Maria Zhang has been in several short films, including “Continuum” and “Dear Mom.” Elizabeth Yu, who is new to Hollywood and goes by @lizz.yu on Instagram, will play the powerful firebender and Azula, the princess of the fire nation. Azula is also known for being able to make blue flames, which are much stronger than red, orange, or yellow flames. 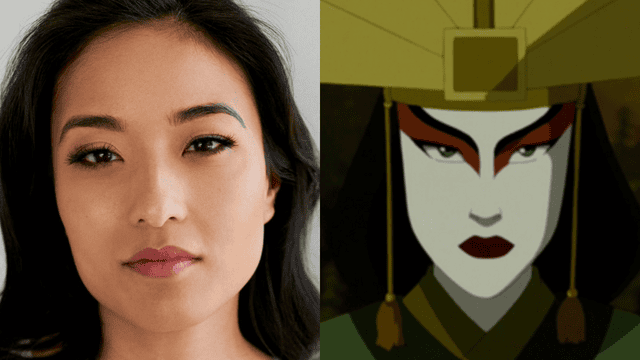 Yvonne Chapman, who is known for her role on the TV show “Kung Fu,” will play Avatar Kyoshi from the Earth Kingdom. Kyoshi was the one who put together the Kyoshi Warriors, a group of well-trained women warriors.

Yvonne Chapman played the villain Zhilan on CW’s “Kung Fu” and Danielle Lim on “Family Law” before she played Aang in the live-action version of Avatar. In the live-action series of Avatar, Casey Camp-Horinek will play the role of Gran Gran. In the animated series, Sokka and Katara’s grandmother is called Gran Gran or Kanna. 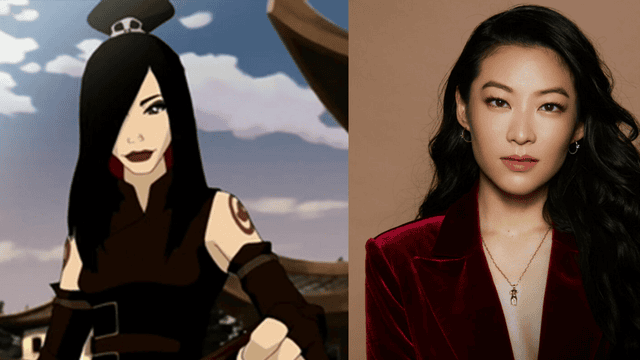 Arden Cho, who was in the Netflix show Partner Track, has now joined the live-action cast of Avatar as June, an Earth Kingdom bounty hunter.

In an Instagram post, she said, “June is without a doubt one of my favourite characters I’ve ever played.” 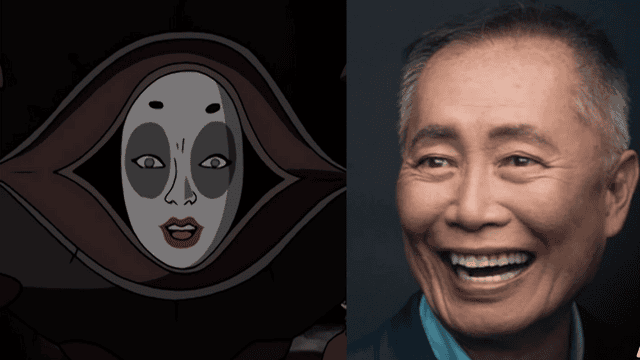 Are you ready to be scared? George Takei, a veteran actor, will play Koh, an ancient spirit that can steal faces and is a hunter.

Koh has a body like a centipede, a white face, and red lips in the show. He can change his face in an instant, and he can also take the faces of people who show any kind of emotion around him.

Before playing Koh, George played Hikaru Sulu on Star Trek for more than a decade. In 2005, he did the voice of the Fire Nation prison warden in the sixth episode of the first season of the animated Avatar show, called “Imprisoned.” 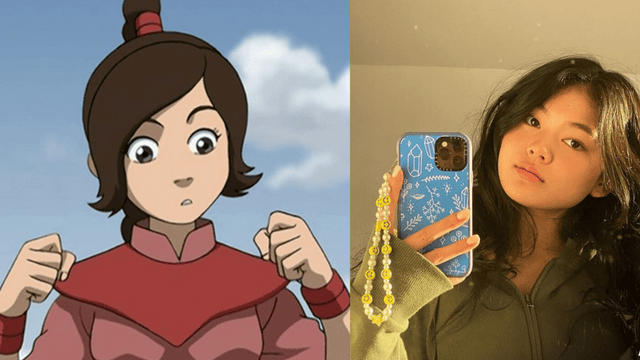 The role of Ty Lee will be played by Momona Tamada, a Canadian actress who is 16 years old. She is very close to Azula and Mai, two girls she met at the Royal Fire Academy for Girls.

Momona loves her Avatar character so much that she has a Ty Lee Funko Pop figure, which can be seen on her Instagram page. Thalia Tran, who did the voices for Raya and the Last Dragon, will soon be on your screens as Mai, one of Azula’s best friends.

Mai is the daughter of the governor of the Fire Nation. She is known as “gloomy girl,” and she has a crush on Zuko, who is Azula’s brother.

Will Thalia use shuriken-jutsu in the live-action version? Mr. Manish Kulkarni taught Devi at Sherman Oaks High School. He is now going to the Earth Kingdom as Bumi.

Bumi is the strange king of Omashu. He owns Flopsie, which is a mix between a goat and a gorilla. He is Aang’s best friend and says he is one of the strongest earthbenders. Amber Midthunder, who was in the show “Prey,” will play Yue, the spiritual leader of the Northern Water Tribe and a princess. She will be very important in the Siege of the North battle, which will happen later in the series. Quickly from Greendale to Earth Kingdom!

Danny Pudi plays the tinker who lives in Earth Kingdom. In the show, the mechanist has made a lot of inventions that helped Aang and his friends on their adventures a lot.

Danny is best known for playing Abed Nadir in Community, a comedy sitcom by Dan Harmon. “Look at my cabbages!”

James Sie was cast as the cabbage merchant, which was one of the most-anticipated casting news for the show.

The Chinese-American actor gives voice to many animated characters, including Jackie Chan in Jackie Chan’s Adventures, Master Monkey in Kung Fu Panda: Legends of Awesomeness, and, of course, the cabbage merchant in Avatar: The Last Airbender.

Netflix has not yet put out the Avatar: The Last Airbender live-action movie’s trailer. In November, the cast and crew started filming in Vancouver, Canada, in a brand-new building built just for them. This means that a real Avatar trailer might not come out until early 2022.

The state-of-the-art studio where the show will be made will also use the same technology as Disney’s The Mandalorian.

So that is all in this article “Avatar Casting” We hope you learn something. So keep an eye out and stay in touch. Follow us on trendingnewsbuzz.com to find the best and most interesting content from all over the web.