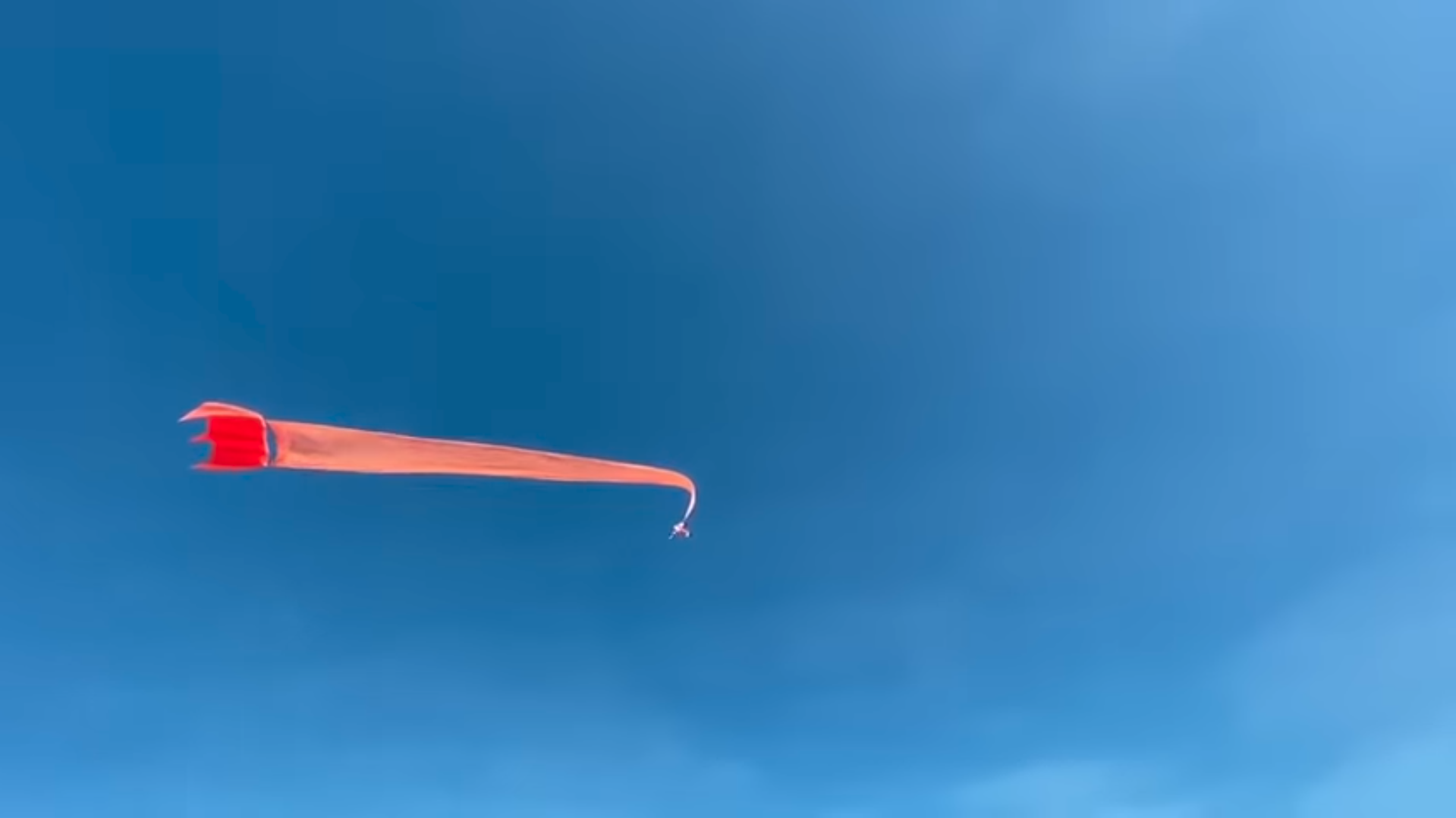 Kite festivals are an integral part of Asian culture. Recently, the kite festival’s atmosphere turned horrible when there was an unexpected situation faced by the onlookers. The kite festival was arranged in Hsinchu, a city south of the capital city of Taipei. Video footage has become viral from the kite festival from Hsinchu. The participants were preparing a long-tailed kite of orange color for flying up in the air. When the kite was being prepared for the flight, the wind was already quite strong.

The organizers gave green signals to participants to let their kites fly up in the sky. However, things quickly turned dangerous when people saw a toddler flying up with the kite. The 3-year-old toddler girl has somehow managed to hold onto the kite’s tail while the kite is several meters up from the ground. The video doesn’t give an idea as to how up the kite was in the air from the ground, or how exactly the toddler got entangled to it.

You can watch kites swinging wildly in the air due to strong gusts of wind. People are screaming as they can’t do anything to grab the kite to bring the toddler safely down. The girl was in the air for almost 30-second before the kite came closer to the ground, and people safely grabbed her down and untangled her from the tail.

Once she was rescued, festival staffers and her mother immediately took her to the nearest hospital for suspected injuries. However, she suffered minor scars on her face and neck, without any major injury, fortunately. She’s been given a discharge from hospital after minor treatments for her bruises, and she’s safely at home with her parents. Mayor of Hsinchu, Lin Chih-Chien has issued a public apology for the accident, and the festival has been wrapped up.

Keep following us for the latest news and viral updates from across the globe.