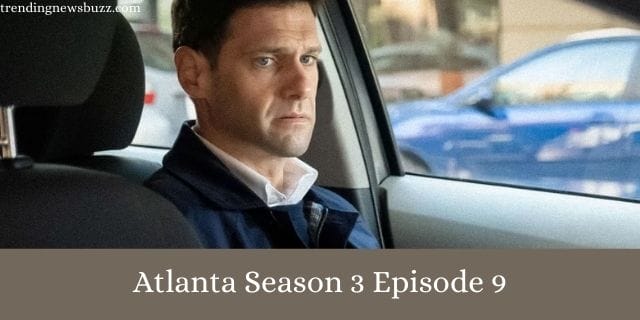 “Atlanta” almost had a good episode. It has some interesting and humorous moments, but it suffers from the same toothlessness and self-sabotage of the season. “Rich Wigga, Poor Wigga” is a homage to “Imitation of Life,” which tackles “gatekeeping Blackness” with uneven results. Let’s break down the episode and explain why it and season 3 have fallen short (to me, as a Black person) despite some hopeful moments.

A Caucasian young man plays “Flame Thrower 2” to start the show. After receiving a text from his girlfriend saying she was admitted to college, he gets angry and tells the Black boys he’s playing with to eat bananas while dropping a harsh “r.” We rapidly find that Aaron (Tyriq Withers) is a white-passing Black adolescent being reared by his unmistakably Black father. Aaron passes for white at school, and his friends and girlfriend don’t know.

Aaron hopes to attend the same college as his girlfriend, but his father can’t afford it and won’t cosign any loans. His father is clearly affectionate, yet he fails to encourage Aaron’s educational goals. Aaron must pay rent if he wants to continue living in his boyhood home after high school graduation, and he must save money for college. I know this is a reality for many, but I wish “Atlanta” would stop using the abrasive and demanding Black parent cliche.

The scholarship may have been the answer to the episode’s white-passing protagonist’s prayers if he hadn’t spent so much time trying not to be Black. Now he has a conundrum since he can’t use the scholarship without identifying himself as Black. He chooses to apply for the scholarship, only to realise that the powers that be aren’t just utilising phenotype and genealogy to identify who is Black, but also connections to Black American culture. Aaron must perform Blackness before a council of older Black men. I realise that he’s being pushed to perform Blackness according to embarrassingly restrictive standards, but the show itself relegates certain Black people (women) to the same narrow, racist norms. That makes it weaker, but I digress.

Aaron isn’t Black, so he doesn’t get a scholarship. Aaron retaliates by attempting to burn down the school with a flamethrower. A Nigerian student who was also rejected a scholarship due to his race. Because Nigerians have a distinct culture and know where they originated from, Aaron suggests that Black Americans lack a distinct culture. The student responds that it doesn’t matter where he’s from because he still reads as Black and endures discrimination in America. Aaron jokes about the other student’s darker skin tone, and they debate about who will burn down the school, leading in them trying to burn each other. Before being shot, the Nigerian student burns Aaron’s shoes.

Being shot by the cops when unarmed is reportedly the “Blackest” thing that can happen. Aaron is arrested, but unhurt. Aaron quit “Imitation of Life” and now works at a mobile phone store. He has adopted a stereotypically Black look and is hitting on a Black girl customer. Aaron’s ex-girlfriend Kate is startled by his makeover. Aaron says he’s attracted to Kate more than ever. The credits roll as he smirks at the camera as she becomes flustered.

Inspired by Glover’s Own Blackness?

Donald Glover wrote and directed this “Atlanta” episode. I got the idea this episode was inspired by Glover’s experiences as a “strange” Black kid growing up, which isn’t necessarily a bad thing. Done that. But some of us become strangely anti-Black and arrogant, seeking to pander to whites while oblivious to this tragic fact. I’m not suggesting Glover is the latter, but it’s funny how the “Atlanta” subreddit is primarily white and populated by people like Socks who have deified Glover and think the show is a definitive view on Black culture and racial relations.

No single Black person or “Black” show is the definitive reference for Blackness and racism in America. In many of my evaluations, I’ve noted that the show’s attempts to address these issues are hampered by its anti-Blackness. Neither is this episode. I wish I felt more welcome to admire his art, but Black women constantly feel like a joke, enemy, afterthought, or punchline in his cosmos. Just look at the episode description: “B&W episode? Yawn. Emmy-bait. Who hates black women?”

Like many “Atlanta” episode descriptions, it’s a petulant attempt to preemptively undercut past and future criticism. Sad. Glover is talented, but he may benefit from listening to legitimate critiques or being interviewed by others rather than generating anger or being purposely obnoxious to get people talking.

This Episode (and Season 3) Sucked

The show’s depiction of Blackness is limited, much as the episode critiques others’ myopic views of Blackness, and it shows. Aaron “acts Black” by the end of the show and says he’s “never been more attracted” to his white ex-girlfriend. This is what I mean when I say “Atlanta’s” attempts to express anything substantial about race are undermined by the authors’ inability to stick the landing or commit to it by shoving in unpleasant and offensive stereotypes about Black people, in an apparent desire to not alienate white viewers.

When you contemplate the horrible origins of the stereotype of Black males being hopelessly fascinated with white women, it just doesn’t seem funny or hilarious to encourage it. Overall, the episode was better without it. It’s like Chet Hanks and Liam Neeson’s “Trini 2 De Bone” and “New Jazz” cameos. I realise some people are captivated by shock value and “boldness,” but let me explain.

A show created and run by Donald Glover, a Black man who has relied on internalised anti-Blackness and racialized self-deprecation in his stand-up, music, and other artistic endeavours, featured two white men who have been involved in controversial acts of racism: unapologetic cultural appropriation and fetishism in Hanks’ case, and wanting to commit hate crimes against any Black man he saw based on the actions of one disgussed as a “Atlanta” could have used “standalone” episodes to promote up-and-coming Black actors and talent in its third season, but instead it focused on white people and enriched privileged white guys who have been overtly racist.

Shocking? Sure. Sparks conversation? Obviously. Not clever, and no substitute for strong writing and storytelling. Not that I doubt Neeson’s sincerity, but a few little quips about the nature of white privilege don’t really make up for the fact that a show that was initially praised for its predominantly Black cast and surrealistic stories that resonated with Black viewers has turned into a disappointing mess for those of us who cared enough to watch it.

After four years, we’ve scarcely seen the Black characters we love. The show has morphed into a half-assed anthology about white privilege that doesn’t have the courage to actually go there because it continues to showcase white performers and white perspectives. It feels like a complex minstrel show, so the praise for being “deep” is unpleasant and ludicrous. Season 3 of “Atlanta” has one more episode. Already seen. I’ll explain why next week.