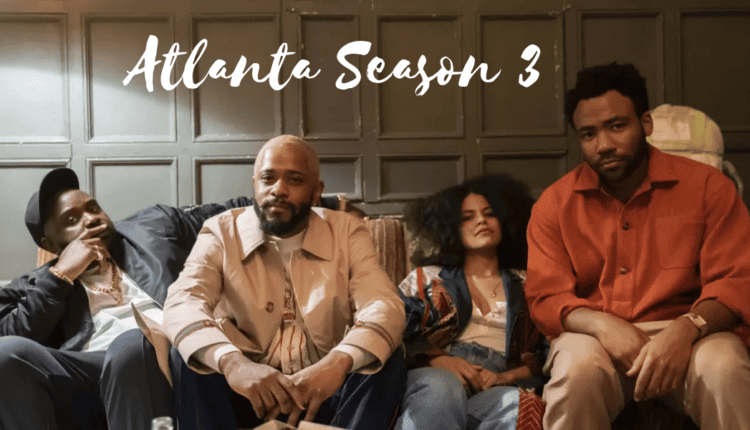 It’s been a bumpy ride for Paper Boi’s European tour, with high jinks and ghost stories to contend with. At the moment, the boys in Budapest are engaging in a round of blame-passing. Darius exclaims, “I smell adventure!” after discovering a blueprint for the venue building. But when Al’s phone goes missing after his set, they’re suddenly embroiled in an unsolved mystery as he tries in vain to get the men to investigate the rumours of spirits roaming the grounds.

A little crime scene is created at the venue, and Darius’ prayers to the “rap gods” go unfulfilled when those who came through backstage or loitered for a bit too long are now their top suspects. Interrogation is a favourite pastime for the trio while they search for the stolen smartphone, as they are frequently treated with mistrust or considered as the perpetrators themselves.

Earn and Alfred work together to collect the device as they inspect the bodies of unwitting suspects and play “good cop, bad cop” with the suspected thieves.

Since the phone has not been backed up in the cloud or registered on Find My iPhone due to the influence of “Conspiracy Jones,” Al is particularly disturbed, as he believes that this is how they are tracking him. Without the return of that phone, he will be unable to access his past and the art he has created.

Paper Boi’s first presumed thief is a young white cancer patient who was given VIP meet-and-greet tickets through the Dream Foundation, a young white boy who comes to the show with parents, wears a hat on his chemotherapy-balding head, and brings with him a brown liquor bottle to remember his time with the band. 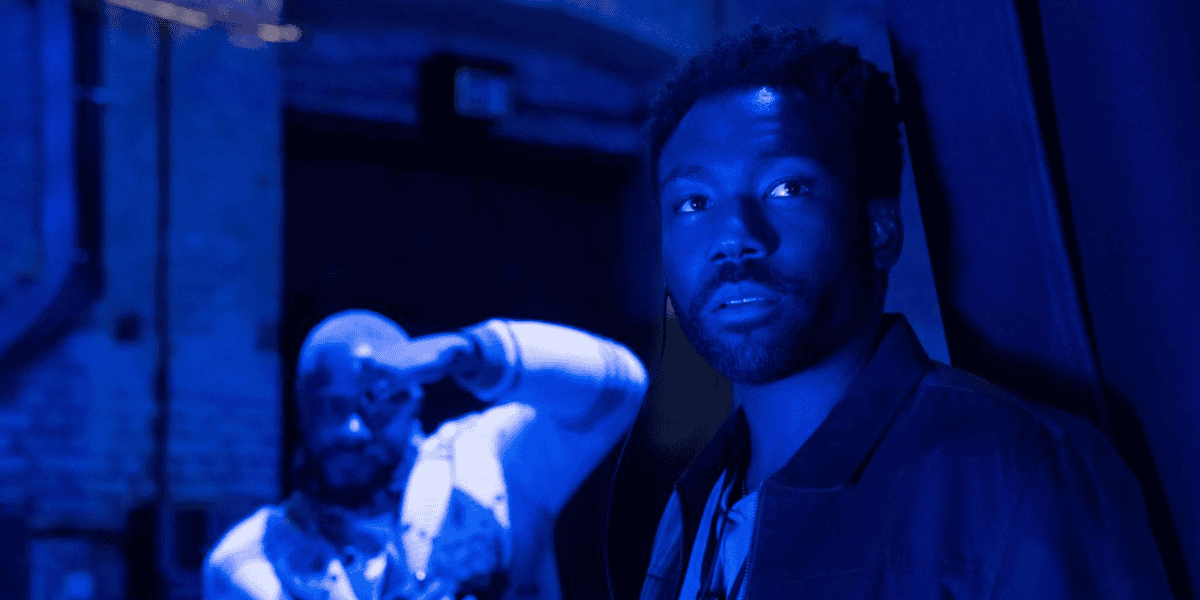 Earn speculates that Al’s phone was stolen by the “cancer kid” and that he is now en route to the hospital for a “cancer attack” when he discovers his phone is missing after the show. As soon as Earn sees the youngster, he rushes over to stop his family from lifting the gurney. The youngster sees this as an opportunity to show his loyalty to Earn, who he recognises as Paper Boi’s manager. “If it’s for Paper Boi, I’ll help,” the young man declares. In an attempt to be of assistance, he says, “What does Paper Boi need?”.

Earn begins to lift the boy’s bedding and look through his clothes in search of the phone without replying. One of the parents yells, “Get away from my son,” while the mob around the ailing boy boos Earn. (Bring some tomatoes to these people!)

The second person they’re looking into is far more sinister. White male Wiley first on onscreen, and it is assumed that he is the “unprofessional stage manager” who stepped onstage before Paper Boi to stir up the crowd.

To Wiley’s dismay, it comes out that the man who was stepping in for the stage manager is actually the man’s nephew (by marriage!). Despite the claim that Wiley was there to get a position backstage, his cover falls apart when the group discovers that his résumé is full of lies. Earn phones Wiley to set up a meetup with Paper Boi and Wiley as a fan after negotiating with the uncle to obtain Wiley’s phone information.

Despite his scepticism and suspicions regarding the motivation for their decision to call him hours after the show, Wiley returns to the venue to address Al’s phone’s disappearance. Wiley, a “longtime admirer” of Paper Boi’s music, takes advantage of the fact that he shares a birthdate with his idol (April 28. Taurus kings!).

“What’s so unique about this phone?” he slyly inquires of Al. Wiley doesn’t flinch when the boys grow irritated and threats of violence are made; instead, he predicts their common future should something happen to him.

There is a strong assumption that you did it if I were to pass away today. Earn tries to diffuse the atmosphere by saying, “Nobody’s going to die, Wiley.” We are all going to die one day, Wiley counters. “Perhaps Paper Boi will be the one to put an end to my life.”

In spite of his youthful appearance, Wiley impresses the guys questioning him with his wisdom far above his years (he claims to be 32, even though his uncle claimed he was 19). Wiley shares details about Al’s past from unreleased music on his phone while he ruminates on Paper Boi’s daydreams of box-top Chevys and a girl named Rose.

They leave the room with Wiley to gather and discuss in the hallway, feeling overwhelmed and perhaps outmatched by the mental games that are occurring. Despite Darius’s observation that Wiley blinks every five seconds, Al can’t shake the idea that Wiley is using information directly from his cell phone. 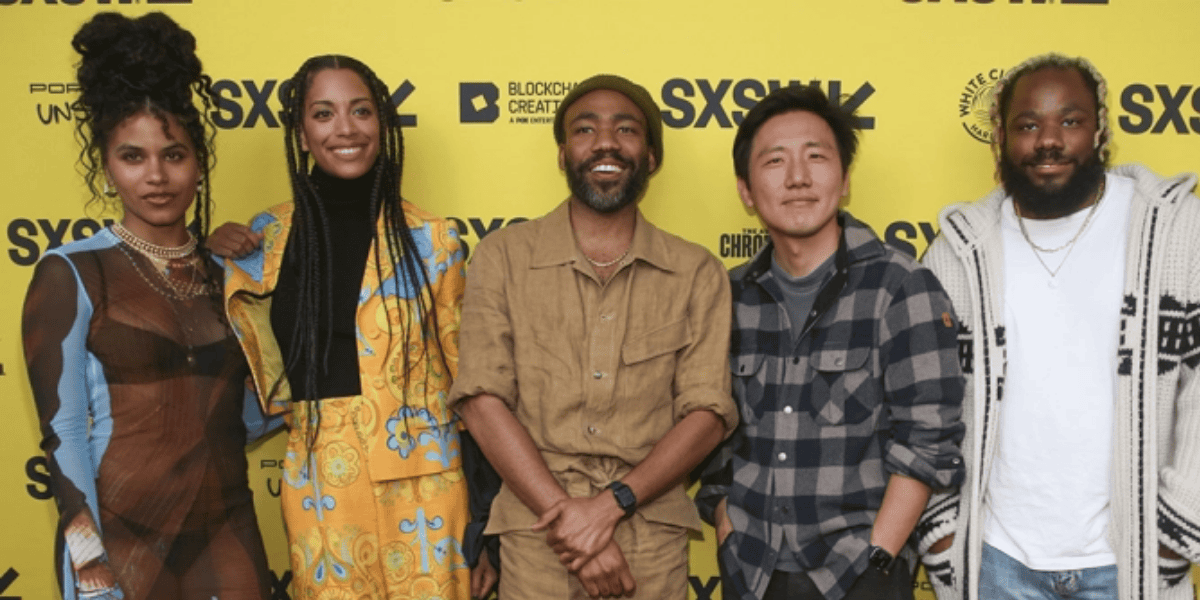 Earn and Al play “good cop” and “bad cop,” respectively, while Darius plays “understated cop,” saying very little during the interrogation in order to persuade Wiley to confess. Playing along, Wiley asks for his phone call, drinks his interrogation beverage, and asks for a cigarette to smoke in the middle of the talk while the men revert to crime show antics.

Al reveals to Wiley that he needs the phone back since he used it to record his first song in seven months, revealing his vulnerability in the process. “It’s too late for me to pursue any other goals,” Al says when discussing his feelings of disenchantment with the music industry and his art.

When an acoustic guitar was brought into the questioning room, Wiley stood and walked out of the room (an office in the venue). “I’m grateful for your attention. He tells her, “I hope you find your phone.”

A cold case is officially declared in front of the show’s viewers as soon as the group gets on the tour bus. Socks, the yellow beanie-wearing white guy from the London episode who befriended Darius after his “12 Years a Slave” moment, was the thief, and the group didn’t realise it. As of “The Old Man and the Tree,” Socks has apparently been joining the trio on the tour’s final leg. Socks, as you may remember, was a significant social force early in the season; he is a white male who enjoys crafting narratives and delights in performing indignation.

Socks deftly avoids suspicion by assuming the role of the aggrieved party, often reflecting more fury and rage than the victims themselves. A swarm of white empaths who don’t even listen to the Black man they’re supposed to be sobbing for.

Victimization of Al triggers Socks again. Socks accuses Wiley of stealing his phone from Earn. Socks, threatening him with “mob shit” and claiming to be “the white Liam Neeson,” is ready to “track him down and [bury] him.” “Liam Neeson is already white!” Al yells (LMAO!). The ni-, Socks shouts, cutting himself off.

Darius, Earn, and Al realise Socks almost spoke the forbidden slur but move on. Socks later apologises for his actions and throws Al’s gold-encased phone into the trash before boarding the tour bus. Al smokes a marijuana to relax while sitting close to the robber.

In the end, Socks isn’t the episode’s conundrum. Rather, the unanswered questions surround Earn’s most intimate relationships. Ahead of time, Al goes to Earn, who has been vacant and lost in manager mode, for help. » Al asks.

“You seem always busy.” Earn doesn’t have anything to add. He’s become so consumed by his management role that he’s reduced his relationship with Al to anticipating needs and correcting wrongs. Unaware of the growing distance between himself and his cousin-turned-client, Earn finds solace in his sense of purpose. “Busy’s good,” he says, departing Al.

Van, who is absent from this episode, stalks Earn. Van doesn’t answer to a check-in text for six days. A simple thumbs-up emoji is her response to his query about her health. Since genuine connection is eluding Earn at every turn, he will have to confront himself in order to discover its source.

Read More: The Wilds Season 2 : What We Know So Far