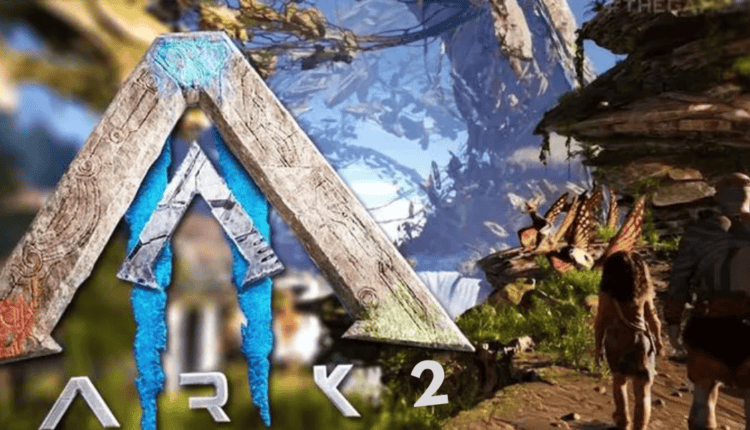 Ark 2 is now a reality, and it’s still scheduled to arrive in 2022. At the Game Awards in 2020, we heard that there would be more dinosaur action to come. Since then, there hasn’t been much Ark 2 news, and there haven’t been many Ark 2 updates. It’s still not certain if the Ark: Survival Evolved series will continue this year, with only a vague release date.

Known plot points include additional dinosaurs, hunting, gathering, and riding in the form of a series of films starring Vin Diesel. The film’s executive producer, Diesel, is believed to be a great admirer of Studio Wildcard’s survival adventure. Even if we see more of Ark this year once the summer gaming season gets underway, it may be some time before Ark 2 makes an appearance. Everything we know about Ark 2 so far may be found here.

It is the sequel to Ark: Survival Evolved, the multiplayer survival sandbox featuring dinosaurs created by Studio Wildcard. Ark’s core gameplay concept will not be altered in the sequel, according to a tweet from the developer. You will still be able to fight and tame creatures in order to ensure your survival as best as possible.

In Ark, you’ll find a wide variety of dinosaurs, as well as other ancient or prehistoric animals that you can keep as part of your own private zoo, ride, and breed if you so desire. However, the game’s survival, as the title suggests, is an important aspect of the experience. There have been many reports of high-level players razing through lower-level players’ camps in Ark because of the difficulty of learning the game’s mechanics on one’s own. If you have the patience and curiosity to persevere through Ark’s early stages, you’ll reap the benefits, including the opportunity to ride dinosaurs. 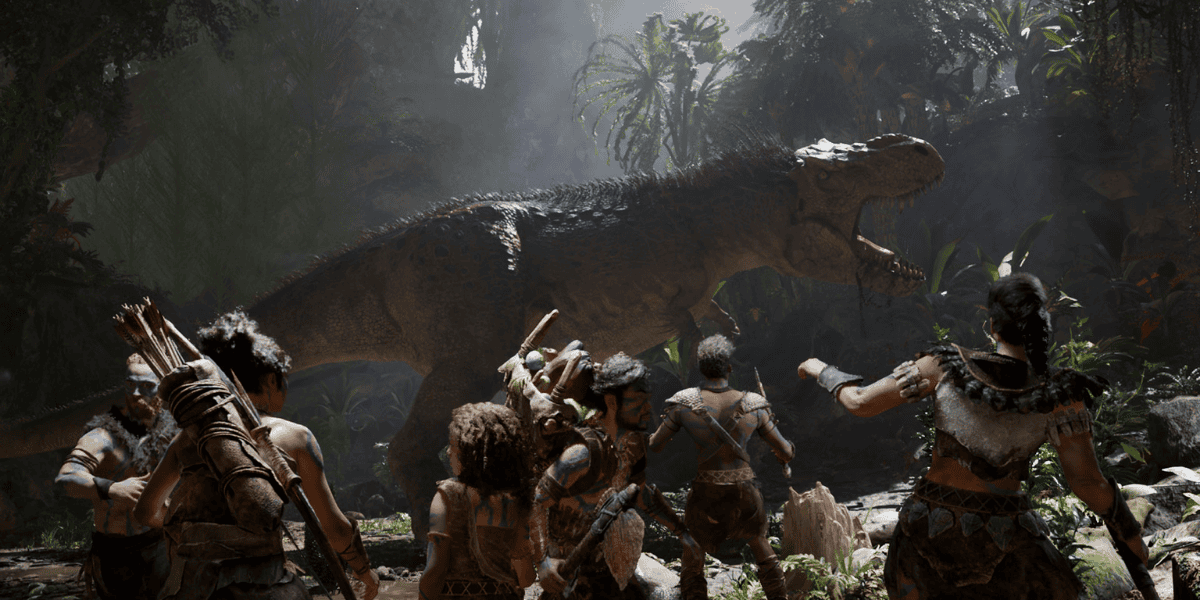 Studio Wildcard’s goal with Ark 2 appears to be to exploit the additional tech to create a new world that is both larger and more beautiful than the first. That being said, the trailer does look spectacular. If not for the slightly rough face movements and the odd stiff stance, you may think it was a CGI clip, even though it was generated in-engine.

When you consider that the first Ark was released in Early Access in 2015, it’s interesting to note that it’s still alive and thriving. Studio Wildcard is currently grappling with a massive world that shows up in Ark’s chronic lag and the game’s overall file size, despite the fact that performance has improved over time. Instead of improving Ark as it now stands, starting over with the most recent technology would make more sense for a game that’s still in its infancy.

There is no exact release date for Ark 2, but we have been given a 2022 release frame. A complete launch or an Early Access launch has yet to be confirmed, since Ark 2 may follow the same release approach as its predecessor Ark: Survival Evolved.

Microsoft’s Preview programme, which was called Xbox at the time, was given access to the first game in 2015, with the full release scheduled for 2017.

A traditional storyline isn’t guaranteed for Ark 2. Although Ark: Survival Evolved ultimately added lore to explain the island’s sci-fi backstory, you are free to disregard all of that and have fun making your own decisions in the game.

We don’t expect Ark 2 to be anything like Final Fantasy 14, but Vin Diesel’s crucial part in the trailer suggests that he’ll be around for more than a marketing ploy. Even though his tribe appears to have been completely devoured at the end of the movie, it’s evident that Santiago has his own family to care for. It is possible that Santiago’s tasks can be completed with or for you.

On display in the video are a bunch of blue humanoids with huge teeth. We may also learn more about their purpose.

It’s Not Clear What Vin Diesel’s Role is in Ark 2:

Death Stranding star Norman Reedus, Dave Bautista of Gears 5, or any other big-name actor, is always amazing to see in a video game. Vin Diesel collaborating with Studio Wildcard might just be a coincidence, given the actor’s reputation as a big nerd who enjoys video games and a good game of DnD. Apparently, he’s just a fan of Ark, as seen by his around 1000 hours of playtime, which is in line with the average for the community.

Although Vin Diesel is described as Studio Wildcard’s “President of Creative Convergence” in Ark 2, he’ll be doing more than just acting. Probably a combination of the two responsibilities Diesel does for the studio, this title is so long. Executive producer of Ark 2 and the upcoming Ark animated series, he’s a busy man. 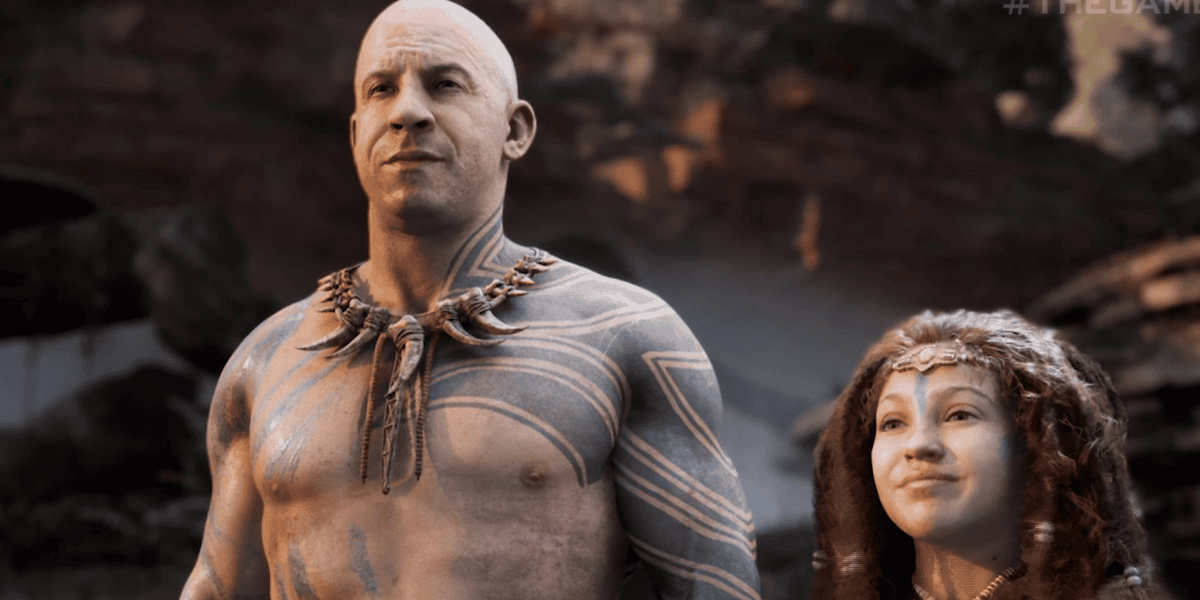 Studio Wildcard claims, “He has a deep understanding of the game and is offering direct feedback to the development process.” Apparently, logging bugs in Ark is also required. Vin Diesel is now a game creator, although the extent of his involvement is unclear.

That Ark Animated Series, What Was That All About?

It was stated that Ark: the Animated Series would be released in conjunction with Ark 2 in 2022. Studio Wildcard and director Jay Oliva collaborated on the series’ conception and production (Batman: The Dark Knight Returns). Lex + Otis, the animators behind the series, are also working with Zack Snyder on an Army of the Dead spinoff anime. The show’s score will be composed by Ark composer Gareth Coker.

In addition, the cast of the animated series includes a slew of Hollywood heavyweights. Even if you don’t recognise any of these actors from their roles in the previous films (like Vin Diesel’s Santiago), you can expect to hear their voices in the upcoming film’s trailer.

Ark: the Animated Series will consist of 14 episodes, each lasting 30 minutes, and will tell an original story that ties into Ark 2 in some way. According to the official press release, here is the plot summary:

“People from all over human history are brought back to life in a prehistoric land inhabited by dinosaurs and other extinct species in ARK: The Animated Series. It is up to Australian palaeontologist Helena Walker of the twenty-first century to survive and forge new alliances on the ARK or face certain death at the hands of ruthless warlords — all the while trying to discover the true nature of this strange new world they’ve discovered.”

The trailer shows characters like Michelle Yeoh’s Meiyin Li being brought to the Ark from their various historical periods, suggesting that dinosaurs will come for us all no matter who we are or where we came from.

Read More: Gaslit Season 1: What We Know So Far!

Read More: The Flight Attendant Season 2: Everything You Need To Know!

Gaslit Season 1: What We Know So Far!