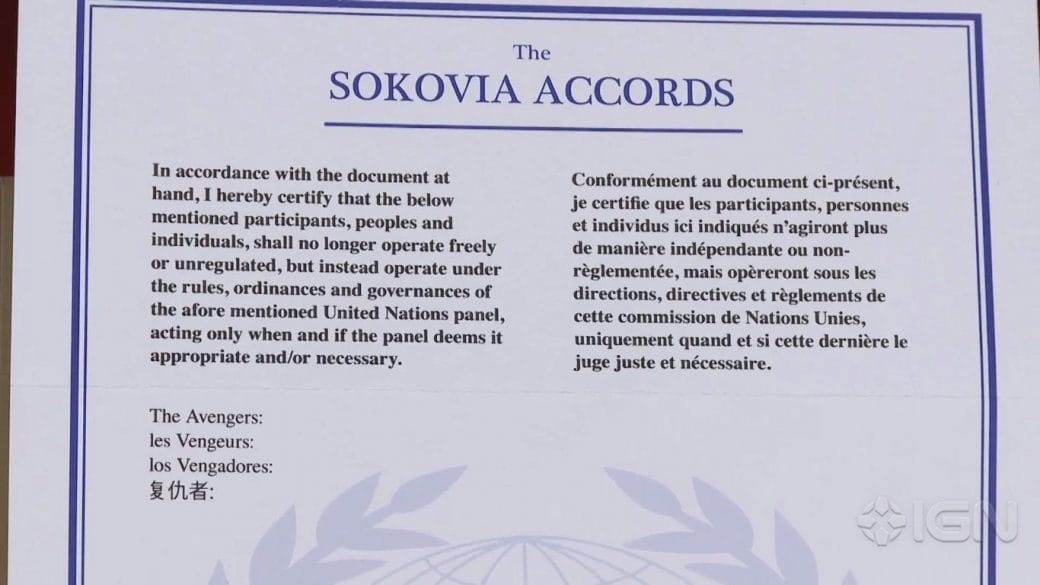 Though I wasn’t a huge fan of the movie, per se; there’s no denying that Age of Ultron’s ending has had long-lasting consequences for the entire MCU. From triggering a Civil War and splitting the Avengers into two separate factions; the Accords’ existence all but ensured Thanos’ victory at the end of Infinity War. But after Endgame, they ought to have been exposed for the terrible idea they were, right?

The answer is no.

The accords are in full effect according to screenwriters Christopher Marcus and Stephen McFeely. This spells nothing but trouble for Spider-Man whose secret identity has now been exposed to the whole wide world as a result of Mysterio outing Peter Parker in retaliation for bringing an end to his schemes.

Far From Home had Spider-Man overcoming his grief over Tony’s loss and finally coming into his own as a hero. But the ending changed everything. Given the third film will show Peter on the run and possibly on trial, the Accords are sure to play a role in litigating him as he struggles to prove his innocence.

As for the theories that Daredevil will be his legal counsel, it is unfortunately not true according to Charlie Cox, who loves the idea of his Matt Murdock helping out Peter Parker.

In any case, Spider-Man: Far From Home is currently streaming. Here is a synopsis for the film:

“Peter Parker’s relaxing European vacation takes an unexpected turn; when Nick Fury shows up in his hotel room to recruit him for a dangerous mission. The world is in danger as four massive elemental beasts — each representing Earth, air, water and fire — emerge from a hole torn in the universe as a result of the Snap. Parker soon finds himself donning the Spider-Man suit to help Fury and fellow superhero Mysterio stop the evil entities from wreaking havoc across the world.”