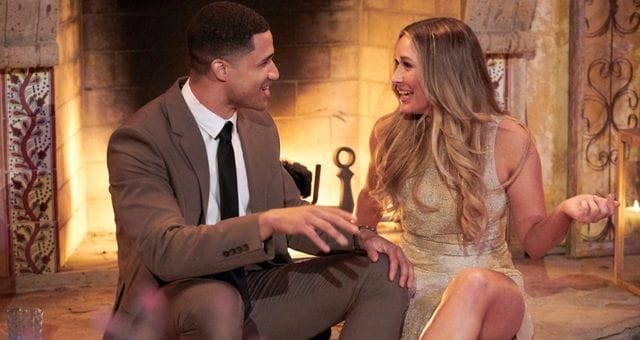 One key question is remains as Bechelor nation still reels from the Tuesday September 20, finale of the season. And the question is Rachel Recchia and Aven Jones dating after her split from Tino Franco?

On Wednesday, September 21, the 26 years old flight instructor said on Live with Kelly and Ryan show that –

“Right now, we are going to see where things go,”

Fans seen Rachel’s runner up joins her and Tino 28, at the time of After the Final Rose. At that time the former couple argued over what actually led to their engagement breaking. Aven said that – 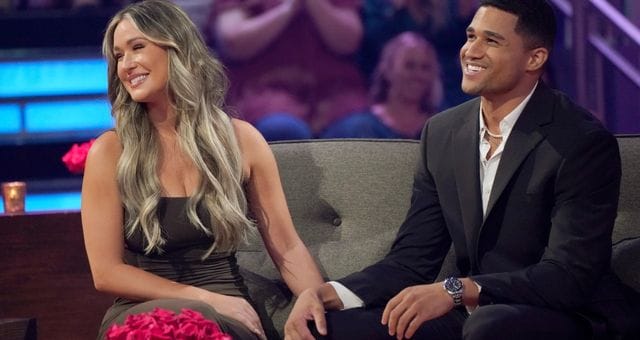 “You don’t really deserve any of this,” Aven, 28, said. “Anything that happened between any of us. I was just wondering if you wanted to maybe get out of here and just catch up?”

Rachel spoken with her former suitor that she would “love nothing more” and leaves Tino on stage with Jesse Palmer. On Tuesday Rachel told Kelly Ripa and Ryan Secrest that –

“We went outside to talk without the microphones on,” “He wanted to support me through this hard time. He has been so incredible.”

When the American Idol host asked, “Did you go on a romantic date?” Rachel responded: “We didn’t, but maybe we will.”

The 26th season of Bachelor sent Aven home at the time of part one finale and it was aired on 13th September. He was sent because he was hesitated to get engaged. Tino admitted that he was kissing another girl as he and Rachel struggled with growing pains over the summer.

“I messed up and kissed another girl, but the second I did I knew I belonged with you,” he said before hinting at their issues. “The stuff you said hurt so much. You said, ‘I don’t know how this is going to work … I can’t do happy couples this weekend like we planned.’ … I was under the impression we were pretty much done. But then we started on the right trajectory.” 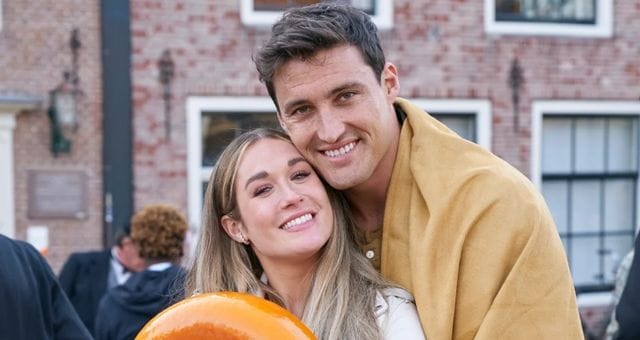 At the time of their live reunion, Rachel noted that they “both don’t want to air out” the reasons behind their initial struggles post-show. “There were things that they cut out that we both know maybe led to us being in this bad place,” Rachel said.

When Tino made his mistake, the couple went to argue over whether they were on a break.

“I never said that my engagement was over. We were never on a break. … You broke my heart!” Rachel insisted. “We’re up here and nothing is making sense to me still. … What you did is absolutely inexcusable.”

At the time of appearance on Good Morning America after the live taping, Rachel again told her feeling which Tino never formally apologized.

“I really did try, and I don’t think anyone deserves to ever go through what I went through,” Rachel said. “Especially the fact that all I wanted today was just kind of, finally, an apology — and finally, for him to own up to it.”

Read Also – Who Is Reba McEntire Dating? Everything About Rex Linn and Her!