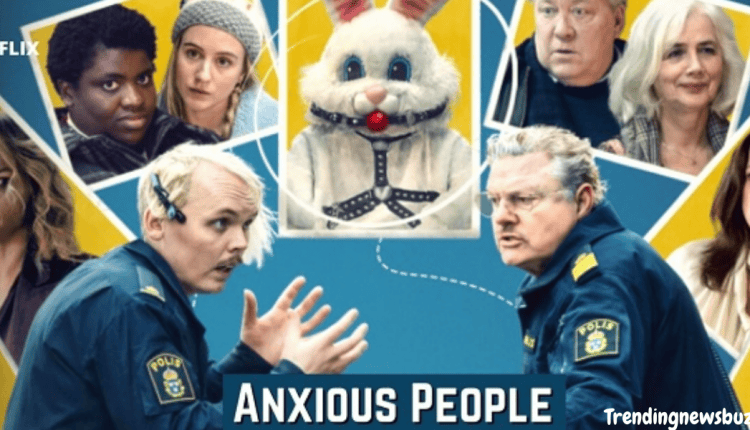 Anxious People is a funny but emotional miniseries which is picked by Netflix and tells the story of a robber and the Cops who tried to find the robber but find nothing as the robber disappears after freeing hostages. It is a good story which balances funny things along with some drama.

In the series you will see that the robber fails to loot the bank as it is a cashless bank and then moves to an open house party where some of the people came there by wearing different costumes.

Which part you like the most as the hostages or the people who helped the robber from the cops after listening to her emotional story and leaving the cops behind with nothing.

In this Anxious People series you will see that a mask wearing person enters the bank and holds the teller to give her cash at gunpoint but he is told with the help of a sign board that it is a cashless bank. 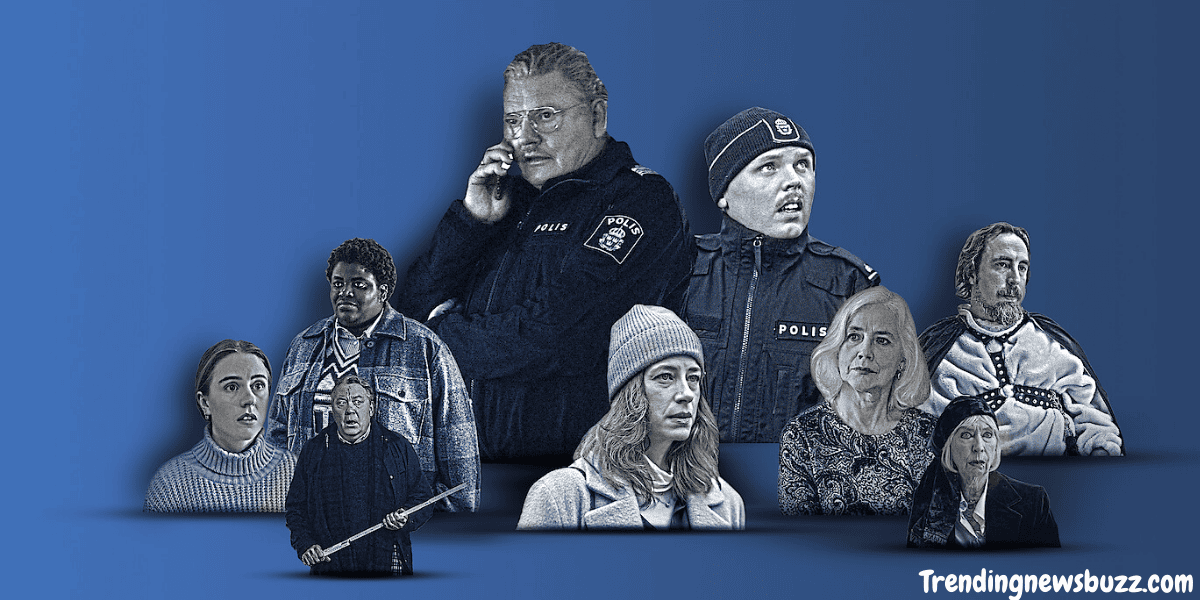 She felt very bad because she wants cash and now she has to return home without cash and also with the penalty of trying to do robbery. She understands her situation and decides to run as the alert has started and cops are behind her.

So she moved or run into a building where open house party is going on in which a group of people came there which includes pregnant Julia, Julia’s partner Ro, older couple Anna-lena and Roger, Zarah and two other confident people named Estelle and Lennart who goes to open by wearing themed dress.

When the robber enters the apartment she sees a group of people wearing bunny suits and then she holds everyone so that police can’t enter the apartment.

I’m watching Anxious People on Netflix and they’ve given everyone accents in the dubbing, the policeman is Irish and the hairdresser Welsh and it’s honestly adding to the humour so much more than the usual attempts at dubbing!

While Jack and Jim, who are father and son and the cops, didn’t see this type of crime before in their life and decided to handle themselves and later on taking help from a nearby station.

So they decided to wait for the robber to come out so that nobody could be harmed by her and asked what robber needed.

The funny thing is that the robber decided to order pizzas and fireworks for herself and the group of people and when her order was fulfilled she released hostages when fireworks started. When all came out then both the cops enter the apartment but they find no one and it looks like the robber disappears in air.

The cops also called a backup team to fight against the robber who disappears in the air as nobody is seen there. It means the hostages helped the robber to get out of this situation after hearing her story or came with other hostages so that cops didn’t recognise them.

After asking questions from the group of people, the cops received funny and irrelevant answers about the description of the robber and made cops leave behind where the robbers fly or disappear in front of their eyes. 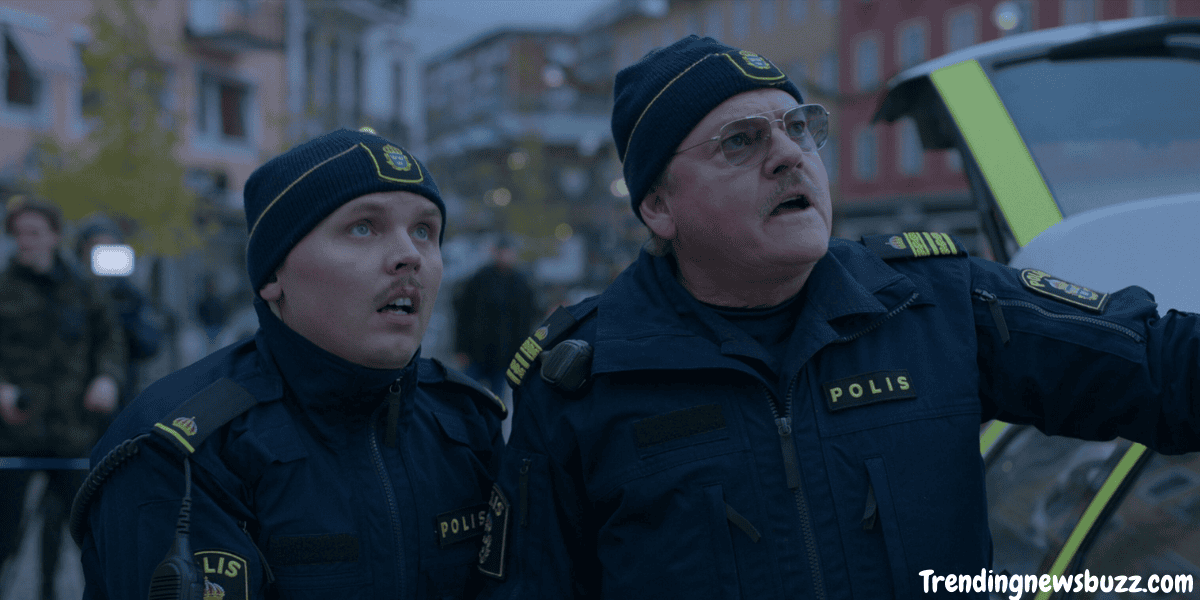 It is a funny but anxious story of cops and a group of people.

While the story is funny as these people share their secrets to each other and create an unbreakable bond at that moment and also helped the robber to move out from that apartment by giving keys to her.

Later on it was also revealed that Liv Holmberg is the robber who is a mother of two girls and wanted money to save her girls as she is losing their custody.

She didn’t want to hurt anyone and didn’t want to rob but due to fear of losing her daughters she decided to rob the bank but unfortunately she didn’t get anything as it is a cashless bank and then accidentally enters the apartment where she holds everyone in order to save herself from cops.

She also did not want to do it but her fear makes her do this thing which ends up like this.

This 201 drama by FEliz Herngren released back on 29 December 2021 on Netflix and FLX is the production company behind this miniseries which has the running time of 23-24 minutes for each episode.

Anna Carlsten is the producer while Fredrik Backman, Neda Backman, Pontus Edgren, Martina Hakansson and Tor Jonasson are the executive producers of this comedy drama.

The series released in Sweden in Swedish language for its 6 episodes, featuring Leif Andree, Marika Lagercrantz, Per Andersson, Lottie Ejebrant, Anna Granath as the leading stars and the drama is based on Folk med angest by Fredrik Backman.

You can watch Anxious People on Netflix and the drama earned 6.9 ratings out of 10 on IMDb while 4.5 scores out of 5 on What’s News on Netflix.

Kims Convenience Season 6: Will It Ever Going to Happen?