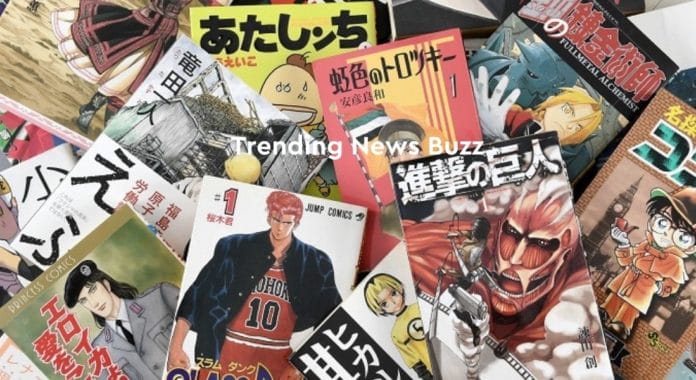 Reading manga is so much fun. Manga is like comics where you get images with dialogues. You read them to figure out what’s going on in that manga.

Before this coronavirus thing happened, I used to ignore reading manga. Instead, I used to watch anime on Netflix. However, because of this COVID-19 pandemic, the production of some of my favorite anime was halted.

Hence, my journey of reading manga started. My friend recommended some classic manga of all time. Within a week, I completed all of them. Now that I moved on to the latest manga, I thought of sharing the list with you.

A list that includes 7 classic manga that every newbie reader should read. Now, let’s get started –

Read More: When Is The Orphan 2 Premiering?

A manga that does not require any mention. As of 2020, it has sold 470 Million copies worldwide & is the #1 bestselling manga in manga’s history.

One-piece follows the story of a pirate monkey D. Luffy. He’s sailing along the sea with his crew in search of the ultimate treasure – One Piece.

If you’re always after stories with love, pure dreams, social problems, histories, conflicts & so on. One Piece is the only manga you should be reading right now.

Introduced first in 1997, Naruto was picked up by the Weekly Shonen Jump in 1999. And since then, they’ve published 72 volumes comprising of 700 chapters. Although the manga series concluded way back in 2014, it has sold over 250 million copies worldwide by 2019.

Only For You: Comic Fans Will Love Jack Hammer

They use alchemy to create almost anything they desire. However, in exchange, they have to give up something equally valuable item.

Imagine, every time a fight breaks out between hero & villain, it takes 1 hard punch for the hero to beat a powerful villain. One Punch Man features the story of Saitama. He’s like any other normal person who, with his hard work & perseverance, became the strongest character in the manga/anime universe.

I sometimes wonder how the fight will go on between Superman (Man of Steel) & Saitama (One Punch Man). Let me know your thoughts on this via the comments section below. By the way, before going ahead, do check out this amazing 10-min animated video –

Suggested By Me: Revisiting Bill And Ted 3!

‘Old is Gold.’ I don’t know who said this first, but it’s completely true about the Dragon Ball manga series. Weekly Shōnen Jump serialized this manga in 1984 & concluded it in 1995. Dragon Ball was one such manga that paved the way for Japanese comic magazines & popularized it worldwide.

Dragon Ball manga follows the adventures of the main character Son Goku. He begins the witch-hunt to search Dragon Balls. In the manga, anyone who has 7 dragon balls gets an opportunity to fulfill any wish.

Throughout his journey, he trains hard & battles out with powerful characters. You can witness these action-packed scenes; all you’ve to do is read manga from one of my favorite manga readers.

Famous for the 1990’s manga Yu Yu Hakusho, Yoshihiro Togashi is the writer behind the creation of this brilliant manga. As of November 2019, it had sold over 80 million copies worldwide.

Its story follows a young man named Gon Freecss. When he was young, his father, Ging Freecss, left to become the world’s most famous hunter. So, Gon embarks on a journey to find his father & become a renowned hunter, just like his father. In his way, he meets several interesting characters – Kurapika, Killua Zoldyck, Leorio, & so on.

Especially For You: Where To Watch Carnival Row Season 2 ?

This dark-fantasy manga Attack on Titan is one of the hottest manga airing right now. Since its release in 2009, Bessatsu Shonen Magazine has published all its 32 chapters comprising 130 chapters. The next attack on titan volume 33 is scheduled to air between Jan 8 – April 27 of next year.

Its story follows two main characters – Mikasa Ackerman & Eren Yeager, who live in a world where enormous walls surround every city. These titans brought destruction to Eren Yeagers’s town &, in the process, killed his mother.

So, to avenge his mother & save the world from the giants, Eren Yeager begins his journey with Mikasa Ackerman. If you want to know further about Attack on Titan manga, do check out my other post where I’ve discussed the future of the Attack on Titan franchise.

Let me know your thoughts on this list. By the way, these mangas are a must-read for a beginner. If you feel confused in deciding which one to read, these 7 mangas should be on your reading list.