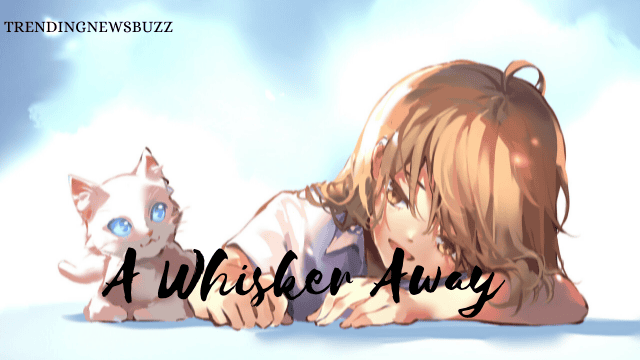 A Whisker Away: Stream It or Skip It

It’s a movie or a style of Japanese film and television animation, streamed on Netflix . In this anime a girl transforms into a cat to escape the sufferings of her life. A whisker away is about a girl who transforms into a cat, which is the most intriguing part of the story. This act of transforming into a cat too often caused her to whisk her away from the life she knew. Continue reading the article to get to know all you must know about the movie, and to decide on whether you must actually stream it or skip it. 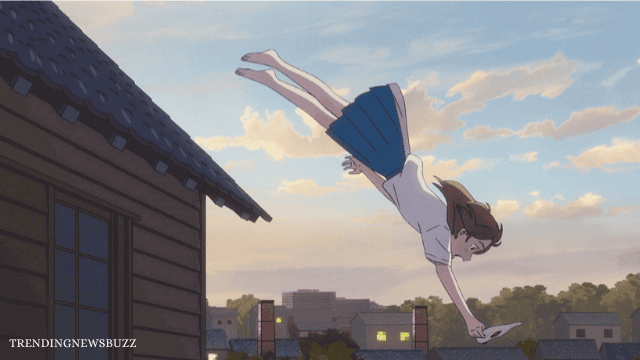 What Is the Story, A Whisker Away All About?

Our main character is Miyo or Mirai shida, who is a junior high school student. She has a personality which some would find attractive and others unpleasant. At school she was known to be a paragon, because of being a mysterious girl, or her friends used to call her muge all because of her shortness. Apparently she is an outcast, with one close friend yoni or susuma chiba, and a boy named Hinode or natsuki hanae whom she loved desperately. The way she used to speak about him, made everyone know about her one sided love at school.

Read also: Fauda Season 4: When Will It Be on Netflix?

Her way of observing everyone at school was entirely different. She envisions people there as lifeless scarecrows, who are just shuffling through the halls. The other part of her life was that her parents were divorced. She was living with her father and his girlfriend named Kaoru or ayako kawa sumi. Kaoru had a caring attitude towards muge. Her mother was the only occasional person in her life.

One fine night the girl had a fight with her mother and went to wander off, while whispering slowly ” I hope the world ends soon” and walking over a bridge. This act seemed to be highly depressing for a school going kid. While walking she encounters a strange man who was looking at her broadly with a smile on his face. Later, she came to know that he is a mask seller. Further, she borrows a cat mask from him that changes her into a little white kitten every-time as she puts it on. She started sneaking out every possible night using her new cat self to get close to her crush named Hinode. And all this she was doing was without letting her family know about it. Hinode possesses a soft corner for animals. That’s why that girl decides to be a cat so that she can be close to Hinode, and watch him eat, sleep and laugh. All this of-course solved nothing, despite making everything more complicated. 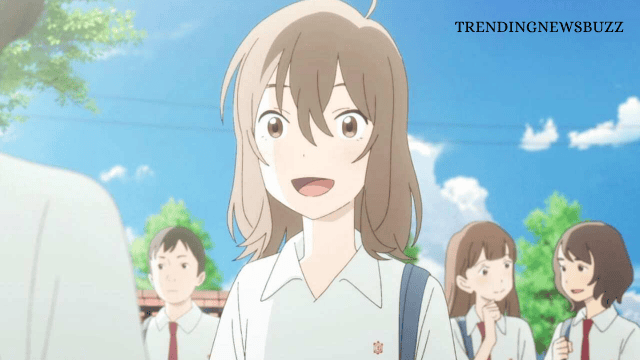 Read also: I’m Not Okay With This Season 2: Is Officially Cancelled?

Her human self was still highly mysterious for Hinode and it was just a matter of time until her family found out that she had been sneaking out of home. Also as a cat, she used to encounter that “mask vendor” again and again. This mask vendor started making her feel like she is a villain being a human. So he was insisting to her with his ulterior motive that she should decide to remain as a cat forever. Furthermore, the film fleshes out Hinode’s lifestyle. He wishes to be a potter like his grandfather. But his family’s workshop studio was on the brink of closing, and also his father wasn’t around with him. So this kitten came to be the best companion for him. But he was not so sure about what to do with all the love and affection that he was receiving from miyo or muge as a cat. However, the film addresses adolescent depression and awkwardness in a meaningful way and concludes with a lovingly animated adventure into a world of cats that wisely doesn’t try to explain the great and mysterious nature of the feline.

Cast of the Show

Listing Below the Cast of the Show

What Is So Extraordinary About the Show?

A whisker away ambitiously tackles miyo’s arrested development, which suggests that she has been tickled at the age where she has experienced her parents separation. She clearly doesn’t want to deal with all those pain and suffering, albeit her mother has also abandoned her at a very early age. This tends to be another trauma for her to deal with and to run away from her life. She was also struggling to develop a bond with her step mother, due to the fear of getting abandoned by her again. So finally muge tries to escape the reality by being a cat named miyo.

Read also: Wu Assassins Season 2 Is On the Way

This would help her by intensely developing a fantasising lovey-dovey and intimate scenes with her one-sided love Hinode (Natsuki hanae). 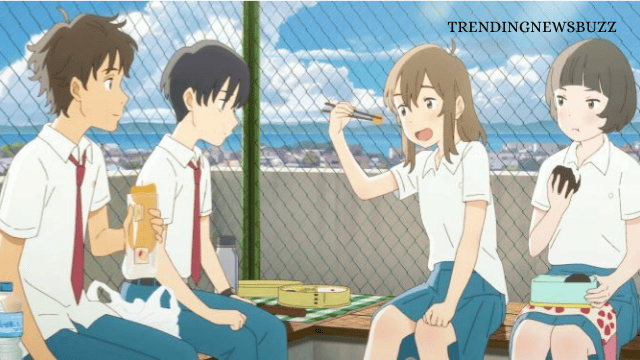 Review of the Show: A Whisker Away

A whisker away is a must watch movie especially to experience that childhood love again. A whisker away has enough thematic and visual depth and beauty to make everyone fall in love once again. It stresses upon how simple and pure love can actually be . Moreover it connects with local audiences. So guys don’t wait —just go and stream it!

This film receiving a 4 out of 5 ImDb rating, tends to be a must watch movie. A whisker away can potentially be viewed as a breakthrough for the studio. While the film is essentially a coming of age story of two junior high students, it brings into light the magical charm and story telling of Ghibli movies, all paired with the cuteness of cats. The plot, while simple and easy to follow, evokes big emotions and depicts the struggle of the protagonist quite well. At no point did the story feel convoluted and superfluous. Every scene has added depth to the characters and helped connect them with the audience at an in depth level without actually exaggerating it too far. There is no boredom even while watching the entire movie. Some parts might feel slightly too slow paced for some, but the irony is that the story is well written and it leads to a clear finale and conclusion.

Fauda Season 4: When Will It Be on Netflix?