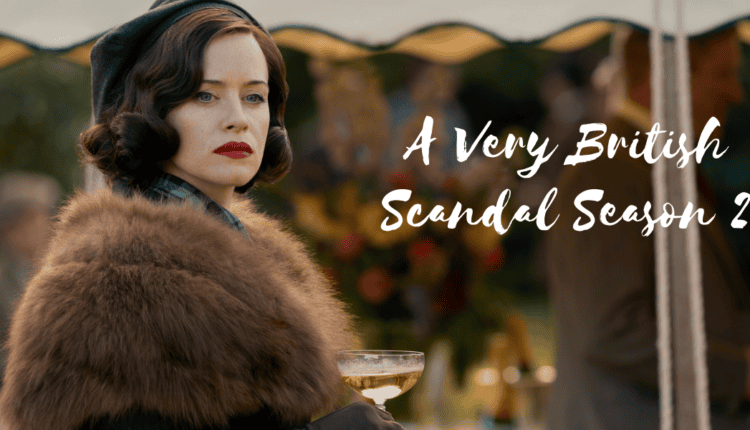 Season 2 of A Very British Scandal, starring Paul Bettany (WandaVision) and Claire Foy (The Crown), premieres on Prime Video on Friday, April 22 with all three episodes.

“The divorce of the Duke (Bettany) and Duchess of Argyll (Foy), one of the most notorious, remarkable, and violent court cases of the twentieth century,” according to the official synopsis, is the subject of the second season. Forgery, drug-taking, bribes, and an explicit Polaroid picture were all part of Margaret, Duchess of Argyll’s infamous divorce, which made headlines in the 1960s media because of her personality, beauty, and fashion sense.

A dazzling socialite whose extramarital escapades were brought to light by her husband, played by Paul Bettany, who published compromising images of his wife in order to secure the divorce, Netflix’s The Crown star Claire Foy plays in the BBC drama Margaret Whigham. Intimate facts of the couple’s romantic past were dug up by the press and the public during the trial, which inspired the TV show’s fictitious backstory. This marriage shows concerns of institutionalised misogyny as well as aristocratic excess that were prevalent in the 1960’s British society.

Duke and Duchess of Argyll

Margaret Whigham, born in 1912, was a Scottish millionaire’s heiress before she was known as the Duchess of Argyll. Margaret was renowned for her beauty and was engaged four times by the age of 19 as a debutante, moving through the most prestigious social circles. At the age of 15, she is said to have had an illegal abortion. 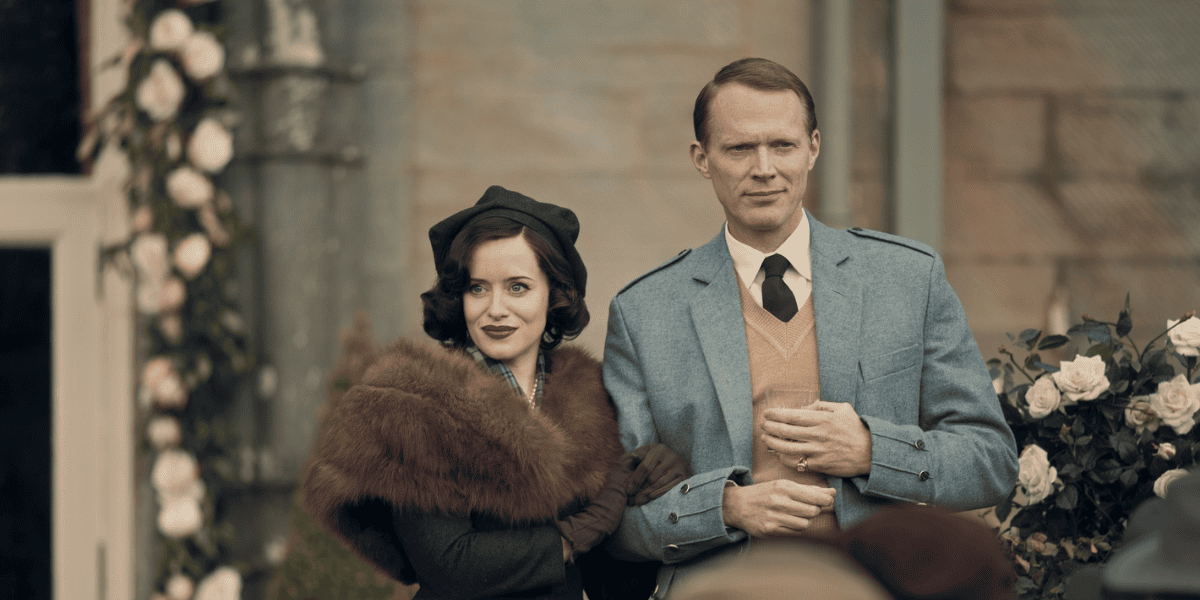 Charles Sweeney, an American socialite and businessman, was her first marriage when she was 20 years old. Crowds of 20,000 people flocked to catch a peek of Maragret’s wedding dress, which the Guardian termed “the media event of the decade.” A stillbirth and eight miscarriages were part of the couple’s experience in raising their two children. They divorced in 1947 when their marriage went down.

Argyll’s duke, Ian Campbell, had been married twice before until he met Margaret in 1947. Campbell, who was born in 1903, suffered from alcoholism and a gambling addiction as a result of his time as a POW in Germany. Ex-wives say he was physically and verbally violent against them. Inveraray Castle in Scotland was inherited by the Duke in 1949, when he was the leader of his clan.

Why Marriage Ended in Divorce

After marrying in1951, the Duke became an aristocrat thanks to Margaret’s wealth and money from her previous marriage, allowing him to pay off his numerous gambling debts. It was clear from the beginning that their marriage would be difficult; both had multiple lovers throughout their relationship and were deeply distrustful of one another. According to reports, the Duke wiretapped Margaret’s automobile while she was claiming that his children from his second marriage were not his.

Following five years of estrangement during which the couple sued and countersued one another, the Argyll divorce case was initiated in 1963. According to reports, the Duke initiated divorce procedures when Margaret failed to pay the costs that were meant to assist him in maintaining the deteriorating Inveraray Castle. Campbell took some of Margaret’s personal Polaroid photos after she filed for divorce, and those photos went on to become famous, and they haunted Margaret for the rest of her life. 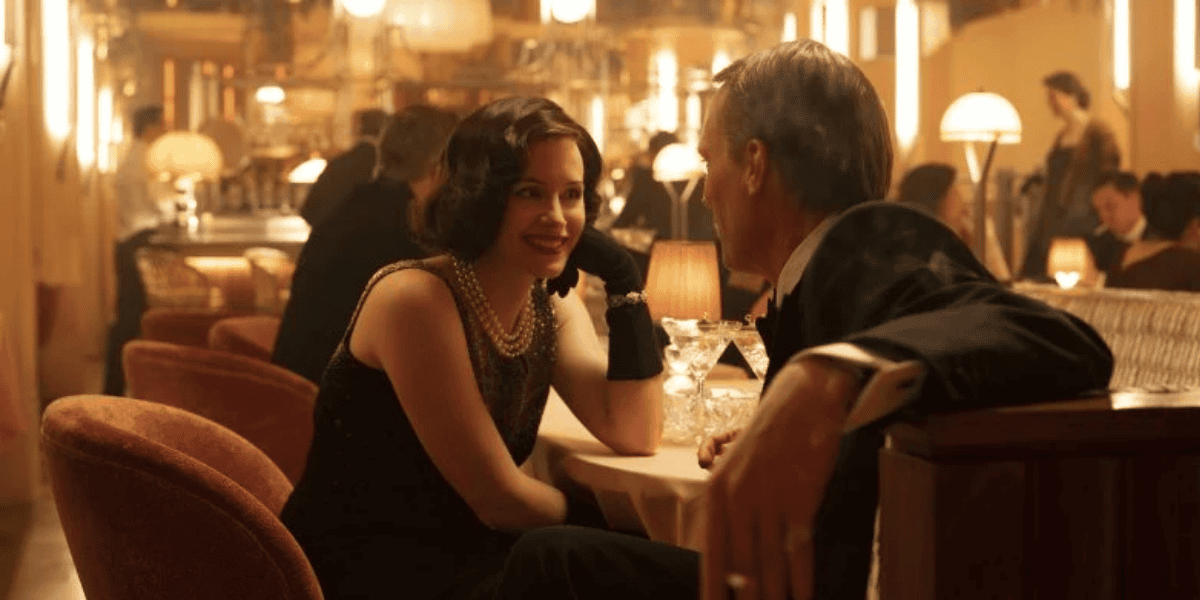 The Duke sought a divorce on the grounds of infidelity, claiming that Margaret had slept with a total of 88 men throughout their marriage. His testimony at the court included the presentation of the compromising Polaroids, which showed Margaret, who was dressed only in her distinctive pearls, performing a sexual act on an unidentified guy whose head had been cropped out of the photograph. The identity of the lover was never revealed, despite suggestions that it could have been anyone from Hollywood actors to politicians, and he was dubbed the “headless man.”

The press jumped at the chance to make a big deal about Margaret’s sex life and splashed it all over the front pages. She became known as the “dirty duchess” as a result of her actions.

People speculated that the “headless guy” was none other than Sir Winston Churchill’s son-in-law, Duncan Sandys, because it was reported that only the Minister of Defense had access to a Polaroid camera at the time of the incident. Sandys, whose reputation had been tarnished by the controversy, pondered retiring from the administration, notwithstanding his denial of the claims.

The divorce was granted after a three-hour hearing in which the judge condemned Margaret as “a highly sexed woman” who was “unsatisfied with normal relations and had begun to engage in disgusting sexual activities to gratify a debased sexual appetite” that could not be satisfied by “normal relations.” It was also alleged that the Duchess’s nymphomania was precipitated by a near-fatal tumble down a 40-foot lift shaft in 1943.

A Look At How The Argyll Divorce Case Sheds Light on 20th Century Sexism:

Several women’s reputations were ruined by high-profile sex scandals in the 1960s, including the Profumo affair. Modern eyes may regard the “very sexed” Duchess as sexually liberated, and to treat her with contempt would be tantamount to “slut shaming,” as the phrase goes.

What Ever Became of the Duchess of Argyll?

The divorce processes were difficult for Margaret, despite her defiance in the face of vicious gossip and social judgement. Margaret never fully recovered from the ordeal. She was ordered by a judge to pay the vast majority of her ex-legal husband’s bills, which totaled £50,000 (about $1.4 million in today’s money).

Her money began to decrease over the course of the following decades. In an attempt to capitalise on her public renown, she decided to offer her London home to the public for a fee. According to the London Metro, she was evicted from the hotel where she was staying in 1990 because she couldn’t afford to pay her rent and bills any longer.

She died in a nursing home in 1993, when she was 80 years old and had little money in her possession.

During this time, the Duke married only four months after his divorce from Margaret was officially completed. According to her 1975 memoir, Forget Not, her ex-husband had been discreetly wooing his future wife while they were still married, and she was the victim of this. The Duke passed away in 1973 at the age of 69.