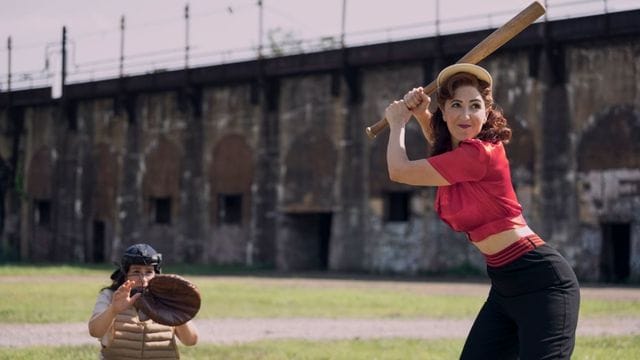 A League of Their Own: Episodes, Release Date, Trailer and We Know So Far About This Series?

The original movie consists of stars like Geena Davis, Tom Hanks, Lori Petty, Madonna and Rosie O’Donnell. It was directed by the late great Penny Marshall.

The movie has long held its own against some of the other all time best baseball movies which include Bull Durham, The Natural, 42, Moneyball and Pride of the Yankees – with amazing scenes of game and the incredible line – “ There’s no crying in baseball. 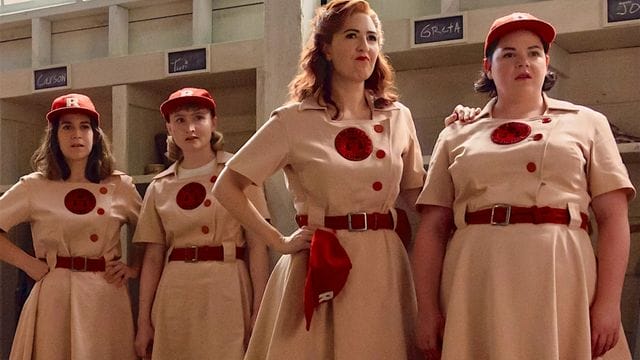 Recently A league of their own is being adapted into a TV comedy drama. It is create by Abbi Jacobson and Will Graham.

In this article, you will get to know everything about this TV adaptation so read out an entire article and get to know more about it.

What is the Release Date of a League of Their Own?

A league of their own is debuted of Prime Video on 12th August 2022. The series consists of eight episodes and all were released at a time for Amazon Prime Member to watch.

What is the Detail Information of a League of Their Own Episodes?

Following is the official synopsis of all the eight episodes of the series. Lets have a look through it –

A League of Their Own season 1 episode 1, “Batter Up”

“In 1943, Carson Shaw travels to Chicago to try out for the All-American Girls Professional Baseball League. There, she meets other women who also dream of playing pro baseball and makes connections that open up her world. Rockford local Max Chapman also comes to the tryouts but is turned away. With the support of her best friend Clance, she must forge a new path to pursue her dream.”

A League of Their Own season 1 episode 2, “Find the Gap”

“Max and Clance prepare for Clance’s housewarming party. But Max has her eye on the prize and asks Gary for an unusual favor. Meanwhile, the Peaches meet their coach, Dove Porter, but stumble through the league’s Charm School. Carson struggles to find how to react to her new connection with Greta.”

Read Also – Snake in the Grass Tv Show: Everything We Know About the New Reality Show!

A League of Their Own season 1 episode 3, “The Cut Off”

“During the church revival, Max faces a tough choice in order to find a way to play ball, while Clance wrestles with her own secret. In last place under Dove’s leadership, the Peaches must band together to improve their game. Carson and Greta try to be friends, while Lupe struggles with her loyalty to Dove.”

A League of Their Own season 1 episode 4, “Switch Hitter”

“The Peaches go on the road and are forced to work together in a whole new way. Clance faces a new life, including a new job at the screw factory. Max finally gets the opportunity she’s been waiting for.”

A League of Their Own season 1 episode 5, “Back Footed”

“Max and Carson come together to help with each other’s game and respective fears. Max reconnects with her estranged family. Carson isn’t sure how to lead the team if she can’t win over Lupe. Greta faces her past.”

A League of Their Own season 1 episode 6, “Stealing Home”

“Max and Bertie grow closer and Bertie gives Max something precious. Clance is inspired to take her comics in a new direction. Lady Luck seems to be on the Peaches’ side on the field, but Carson’s concerns over Lupe’s loyalty leads to an unexpected revelation.”

A League of Their Own season 1 episode 7, “Full Count”

“Max gets another shot in a way she never expected and her life changes in more ways than one. A shift in the line-up threatens everything The Peaches’  have worked for. Carson struggles to keep the team together, while a surprise visitor has her reevaluating everything. Lupe and Esti find common ground.”

A League of Their Own season 1 episode 8, “Perfect Game”

“In the Season One finale, the Peaches season comes to an emotional conclusion, while Carson and Greta struggle with what’s next. Max reckons with an old chapter before opening a new one.”

What is the Official Synopsis of a League of Their Own? 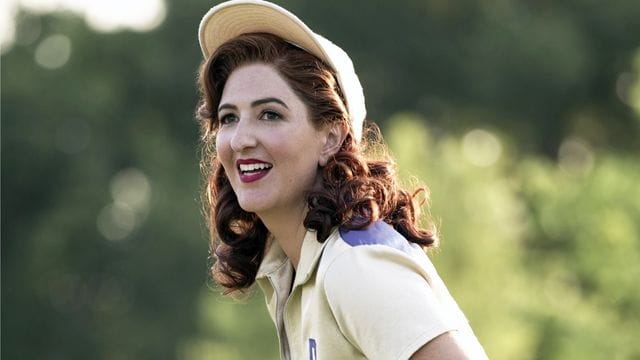 “A League of Their Own evokes the joyful spirit of Penny Marshall’s beloved classic, while widening the lens to tell the story of an entire generation of women who dreamed of playing professional baseball. The show takes a deeper look at race and sexuality, following the journey of a whole new ensemble of characters as they carve their own paths towards the field, both in the league and outside of it.”

Read Also – Chicago Fire Season 12: Will There Be Another Season for the Firefighting Franchise?

What is the Plotline of a League of Their Own?

Well, the 1992 A League of their own is a fictional movie which tells a story of the real all American Girl’s Professional Baseball league and it ran for its new season at the time of world war second. The movie is focusing on Rockford Peaches in some pair of sisters and the team’s manager. 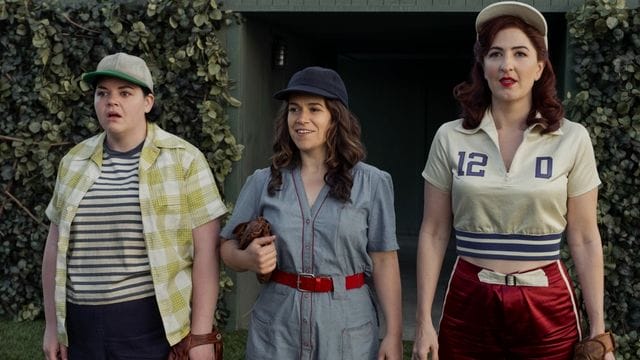 In this new adaption the series will tell another version of the league’s history and also it will broaden the scope the original film.

What Will Be the Cast of a League of Their Own?

This TV adaptation will tell the story of entirely new group of players which will look to make their professional dreams come true. The line up of actors will feature some familiar faces as well as some new faces. So here is the list of all old and new cast in A League of their own –

Along with all these stars, Rosie O’Donnell who was starred in movie from 1992 will appear as a guest star.

How to watch A League of their own?

Once the series is released, then you guys can exclusively watch it on Amazon Prime Video with its paid subscription. Despite of this if you wish to watch from 1992 then it is streaming on AMC Plus.

Triangle of Sadness: Trailer, Release Date and Everything Revealed Here?