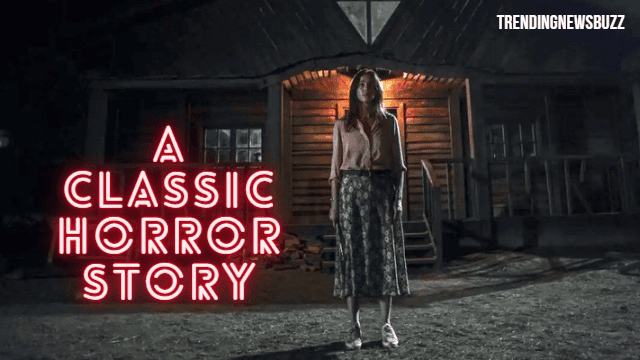 A Classic Horror Story is a film that is both a tribute to classic horror films. The title of the film attempts to be cleverer than it actually is. While there are some interesting material here, the film becomes entangled in a web of red herrings and turns. Hence, resulting in a dizzy spell of mediocrity by the conclusion. It begins with a suspenseful thriller scenario. This brutal thriller film is all about how a mismatched bunch of strangers are thrown together, put in unusual circumstances, and forced to survive against evil characters. 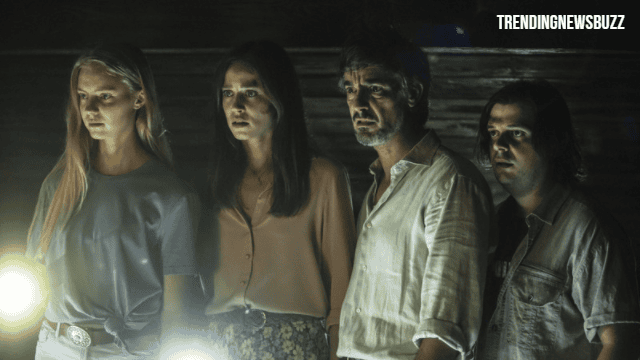 With “A Classic Horror Story” on Netflix, an Italian mashup of the most recognized features of the genre begins. The standards ranging from The Texas Chain Saw Massacre to Cabin in the Woods. The current chorus of horror movie parody continues. As the title suggests, directors Roberto de Feo and Paolo Strippoli are primarily interested in weaving together some of the most successful scenes. These scenes are from recent and time-honored horror staples into a staunchly meta commentary. Yet this borrowing and blending process ultimately yields unconvincing results. Continue reading the article to know whether you should actually go and watch the movie or you must skip it.

What Is the Story of the Movie, A Classic Horror Story All About?

A mismatched gang of five carpoolers prepares on a road journey to reach a mutual destination, the south of Italy travel in a motorcar. Elisa (Matilda Lutz) is on her way to have an abortion at the request of her controlling mother. Lovers Sofia (Yulia Sobol) and Mark (Will Merrick) have grand romantic plans to elope. Film student Fabrizio (Francesco Russo) chauffeurs the rest of the group on his way to visit Calabrian family members. Rounding out the group is the middle-aged Ricardo (Peppino Mazzotta).

As the night sets, everyone’s arrival at their different ultimate destinations, however, is forever delayed. When the car smashes into a tree in order to escape a dead animal carcass. When they are awakened, they find themselves in the midst of nowhere. The roads they were on and mobile phone coverage have all magically vanished. Only a deep, impenetrable forest and a wooden building in the midst of a clearing is left behind. This derelict star-shaped home arises out of nowhere in the center of the empty field. This house abruptly surrounds the RV with dismal woods.

The house appears to be abandoned, but the group has the distinct impression that they are being watched and hunted. The characters then begin hunting for the nearby cabin, much like in any other horror film. Just to find out something more scary like a mute female in the attic. They also discovered that they were not the first to arrive.

Style of the Film, A Classic Horror Story

The film’s opening is an obvious homage to Tobe Hooper’s The Texas Chain Saw Massacre, but the audience is temporarily relieved. A Classic Horror Story isn’t ripping off the notorious Leather face and his cannibalistic clan. Instead, the film taps into the horror zeitgeist to create an equally repulsive Frankenstein’s monster of ceaseless allusions and references.

Films as desperate as Midsommar and The Village are scrutinized in their power to shock viewers. They are then irresponsibly expanded in order to illustrate the filmmakers’ inconsistent. Confused argument about the state of horror filmmaking, particularly when it comes to their own Italy. The film is allegedly on the advantages of auteurism within the genre, notably the styles of Hooper, Shyamalan, and Aster, but it fails to focus on any of Italy’s masterpieces.

Fabrizio (Francesco Russo) pours some beer for the group before they take a nap in the attic. The red lights and blaring sirens startle Elisa awake. This time, though, she notices a swarm of masked people outside. Sofia and Ricardo are both bound to logs on a stage, and it won’t be long until their eyes are removed. Their eyes are attached to a wooden mask, which is then set on top of a straw figurine. Elisa stands powerless as Sofia and Ricardo’s necks are cut. 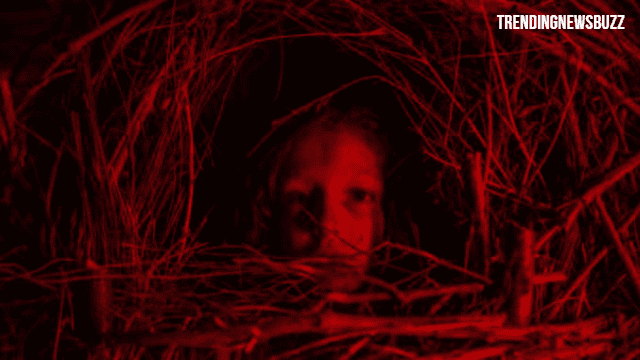 Inquiring as to why she never awoke when Sofia and Ricardo, Elisa asks Fabrizio what he put in the drink. He hugs her, but Elisa takes an earpiece from her ear and listens to it to find out that he has been following orders. Fabrizio glances at the wall and says coldly, “take her.” Then even Elisa is dragged away by one of the disguised individuals as the wall collapses. Elisa is nailed to a wheelchair and sat at the end of an outdoor dinner table. The “Mom” (Cristina Donadio) raises a glass to the three Kings. Elisa screams in agony, only to be met with jeers by the dinner attendees.

Characters of the Film

Reviews of the Film

The 50% rotten tomatoes, 5.7 IMDb and 2.8 Letterboxd rating itself explain that the film was not very interesting. It was not able to do justice to the expectations of the audience. Neither it was too scary nor it conveyed any such message, the idea behind the movie was all blur. Few of the reviews were, A Classic Horror Story doesn’t seek to pay homage to a single era or title in horror; instead, it wanted to hurl everything at the wall and see what sticks. As a result, the experience was strange and disconnected, with wonderful graphics but a muddled tale and messaging.” “While the final shock falls short, the judicious use of previous films pays off in the first half with several good moments.”

In its most basic form, A Classic Horror Story seems like a mash-up of various current horror films such as The Ritual, Midsommar, Hostel, and Saw. As a result, the film is a familiar one with some unpleasant and gory visuals. The film maintains a continuous degree of fear and mystery for the first hour or so. One memorable scenario involves one of our characters coming outdoors to discover a ceremony about to commence. It’s unsettling, scary, and arguably the finest scene in the film. Unfortunately, it’s all downhill from there as the film throws surprise after twist, showing what’s actually going on and who the real ringleaders are. While the first storyline twist is terrific and will likely take you off guard, the film continues to twist after that. 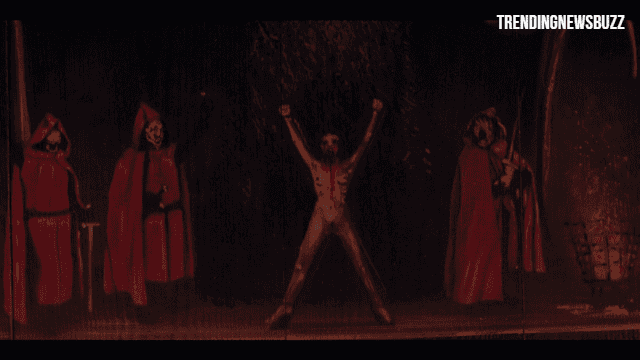 A Classic Horror Story, despite its aesthetic slickness and certain instances of shocking violence, rounds the blood-soaked drain of horror tropes with little benefit when it comes to creating an organic insight. In comparison to the fertile presence of horror-commentary films like the meta Cabin in the Woods and the satirical Scary Movie trilogy, this distinctly Italian endeavor has nothing to say about the genre’s clichés, traditions, and failings. Though the film’s finale urgently wants to point a finger at anything on a national scale, its message is too jumbled to make a cogent critique.

The Ranch Season 9: Renewed Or Cancelled?