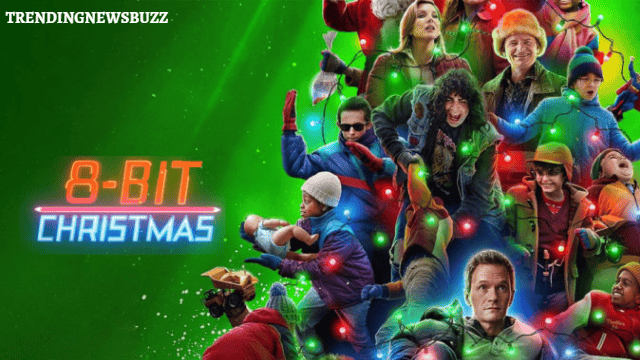 What constitutes a good Christmas film? Something spiritual, something comforting, something reminiscent to “Die Hard” featuring loads of violence and murder? A  new entrant in the holiday derby takes its chance at the championship, without any excessive violence though, and emerges as a contender. Is it not the story of the new Santa Claus legend, but the story of a group of ’80s youngsters attempting to score a video gaming system.

Do you want to know more in depth about this particular movie along with knowing what makes it a hit, why it is liked by millions of people. Continue reading the article to know all about the movie, that will force you to actually go and watch the movie for yourself. Let’s start with a brief idea on the story of the movie, further continuing on to the backstage group, stars and release. 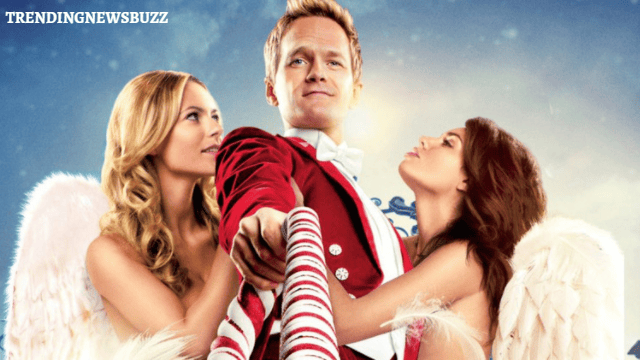 A Glimpse of B-bit Christmas.

“8-Bit Christmas” is a nostalgic stroll through suburban Illinois streets in the late 1980s. The “8-Bit” in the title refers to the Nintendo Home Entertainment System, a cutting-edge video game console at the time, and the ultimate prize for which the story’s fifth-grade cast competes. The film is full of realistic elements, including time being marked by the fixed point of the Bears’ Super Bowl victory and Dad scoffing at his son’s complaint about the cold: “It’s not even below zero!”.

The movie derives chuckles from a famed baseball card and the Dewey Decimal System. It even deserves its heartfelt finale. In a nutshell, it’s an unexpected contender for Best Christmas Movie in recent years.

What Is the Story of the Movie?

In the opening scene, Jake Doyle, role played by Neil Patrick Harris, as sharp as ever, amuses his daughter Annie, played by Sophia Reid-Gantzert, with superb timing, while they wait for the rest of the family in the house where Jake grew up. Annie is disappointed that her father would not gift her a phone for Christmas, so Jake sits Annie down with his old Nintendo and tells her the epic story of how he obtained it. From there, it’s largely Young Jake, played by Winslow Fegley and his pals’ various plans to get the “Metroid” and “Donkey Kong” holy grails. 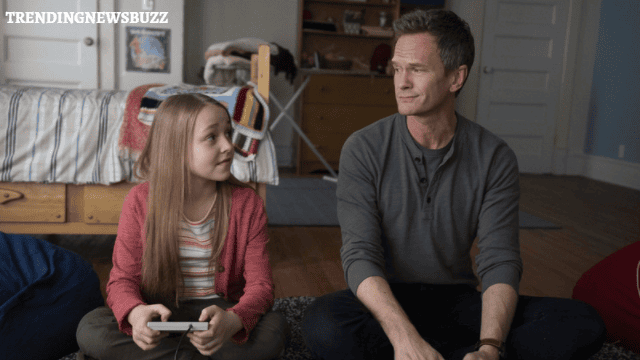 The majority of 8-Bit Christmas takes place in 1988 Chicago. Jake Doyle, 11, wishes to obtain a Nintendo system for the holidays but runs across a number of roadblocks. In the present, a mature version of the character reflects on a hectic Christmas season and the lessons he gained from it. Here’s a look at every key actor and character in 8-Bit Christmas, a film based on Kevin Jakubowski’s 2013 novel.

Who Is the Backstage Power of 8-bit Christmas?

This is a pretty well-executed picture, meaning commendable work is done by the backstage team. Director Michael Dowse sneaks in minor gimmicks like moving one of the cruel kids up to a high window as though he’s on a dolly track. Madonna Wade-Reed, music supervisor, deserves a shout-out: From exactly the appropriate Loverboy start to Animotion’s “Obsession” as a recurrent theme, the ’80s music accompanying events hit bull’s-eye after bull’s-eye.

Based on his novel, Kevin Jakubowski’s script complements those nuances with dialogue such as the irritating wealthy child yelling at guests, “Don’t touch the wall – it’s French!” and a child who claims he knows something is real because “a sixth-grader told me!” The acts are amusing: children are flung around like rag dolls by an unjustly huge classmate.

Who Stars in 8-bit Christmas?

Introducing you with the characters:

Many of the supporting cast have iconic scenes: Bellaluna Resnick, who plays Jake’s sister, gets a lot of mileage out of teasing her brother; Mom (June Diane Raphael) gets a giggle out of the slightest judgy reaction to adoring Dad’s (Steve Zahn) poor metaphor. Even in the slightest appearances, Rich Delia’s casting is impeccable. 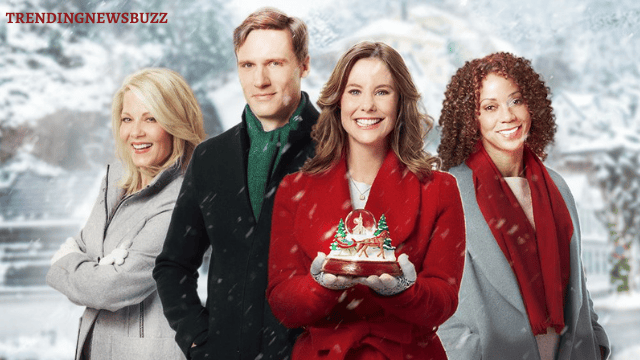 When and Where the Film Was Released?

8-bit Christmas was released on 24th November 2021, Wednesday. It is an HBO Max Release film, released for the very first time in HBO Max.

You might be wondering, how does this add up to a beautiful Christmas film when it’s primarily a sentimental heist film about kids with a materialistic goal? The people, relationships, and desires of the film feel very real and hence we are ultimately drawn in. The mission appears to be vital, despite the fact that the stakes are no more than a TV stand. Then, whether it’s fulfilled or not, we’re receptive to a message about the season’s essence, the profound love of family. If the trip isn’t very engaging, the type of moral would be overlooked. And the conclusion is quite moving.