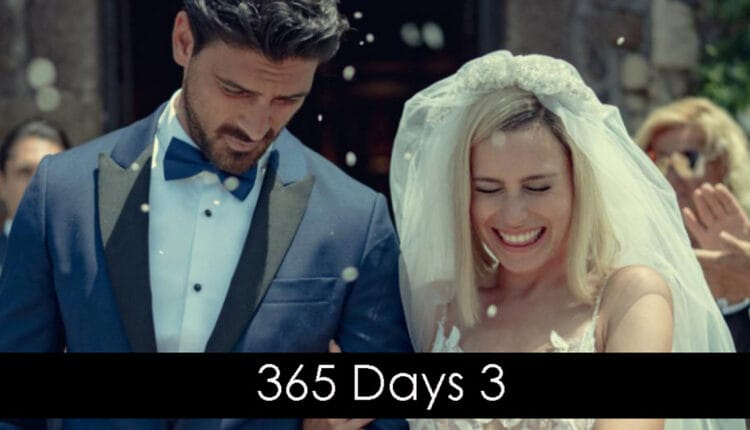 365 Days 3: Netflix Finally Announced The Renewal Of The Movie

Explore the World of Massimo in 365 Days Part 3, Netflix Announces the New Sequel

Netflix has welcomed the second part of their most sensible romantic-thriller movie this year. Yes! You guessed it right. The release of 365 Days: this Day was an epic day for the fans who have waited for more than a year to get the movie on the screen. There is no doubt that 365 Days is one of the most anticipated Polish-English dramas that has been released on Netflix and has broken many records. The sequel of the steamy hot movie was left incomplete with writers leaving the show on a cliffhanger and this raised the question among the fans regarding 365 Days 3.

Centering around Laura and Massimo, who are already in love and planning their big day in the movie. While the movie series turned differently as we moved through the final ending of the show and found out some major twists in the story. This raises questions about the possible future of the film.

There is no doubt that Netflix will make another part of this show. Even though 365 Days came out as one of the most controversial movies, it has been rated top by the audience. Right after Netflix unrevealed the movie, it topped the charts on the platform and became one of their most-viewed films of all time.

In the article, we’ll be sharing everything about the next upcoming movie, 365 Days 3, and will tell you all the latest information about it.365 Days 3: Will There Be Another Part? 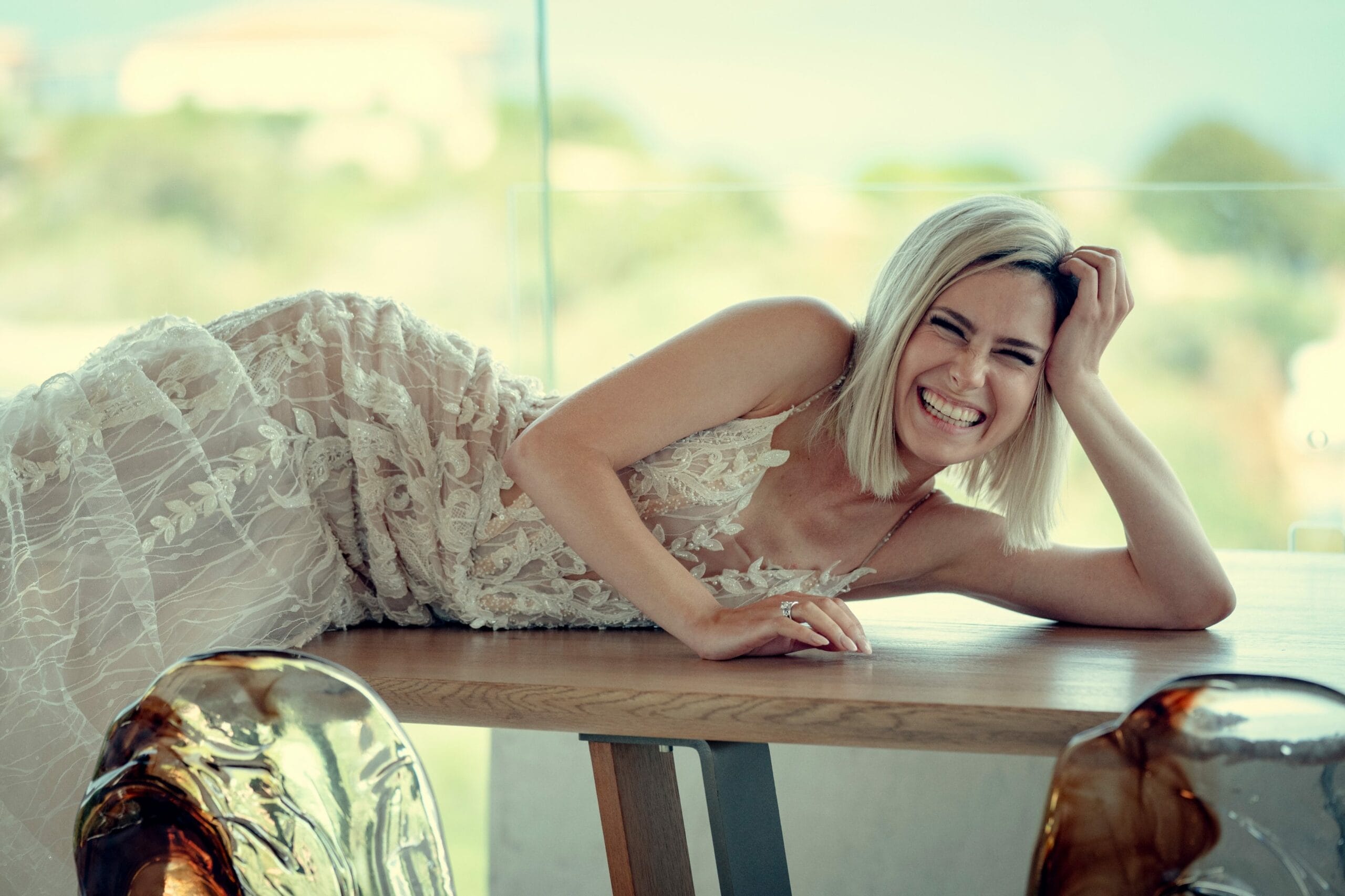 The popular steamy Netflix movie series has already released its two seasons on Netflix and is working on the third part. The movie is inspired by the popular polish trilogy that was created by Blanka Lipińska. After the release of the first movie, Netflix took 2 years to release the second part. Fans have already waited long for the release of the movie but when it was released, it took the world by storm.

The end of the second part was already left on a cliffhanger. After watching the finale part, one could see that there is a possible future for 365 Days 3. The officials have finally confirmed the renewal of the movie series. In an official statement, the official remarks said,

“365 Days was one of our most popular films for our members in 2020. We’re working closely with Blanka Lipinska, the author of the 365 Days trilogy of books and writer of the film, to continue Laura and Massimo’s story on screen. Their journey together is full of many twists and turns as our characters continue to grow and learn more about themselves.“

Łukasz Kluskiewicz has also spoken about the renewal of the film and said, “We’re working closely with Blanka Lipinska. The author of the 365 Days trilogy of books and writer of the film, to continue Laura and Massimo’s story on screen,”

Despite gaining huge controversy from the people. The film still marks itself different from the other Netflix movies and stands out amazingly.  With twists and turns, 365 Days: This Day has left much hope among the people. With the movie making a huge roller coaster of emotions for the viewers, there is huge speculation about the next film.

365 Days 3 Release date: When is it going to be released? Finally! It is officially announced that 365 Days 3 is coming back. The fans are excited about the renewal of the news and there has been some insider news that tells about the shooting of the movie. Thanks to Netflix which always takes its popular shows seriously. When the announcement of the second movie was made, Netflix also announced that they will be working on both parts.

This means that Netflix has already started to work on the second and third films simultaneously. This gave positive feedback to the audience that has waited for two years. However, there are still no words on the release date of the movie. The third part is officially in the works but Netflix is yet to reveal the exact release date.

According to the past release date, we feel that Netflix is probably going to release the movie in the upcoming year. There is a huge possibility for 365 days 3 to happen in 2023. The third part will feature the return of the ionic character Michele Morrone and Anna-Maria Sieklucka in the main lead role. The steamy hot couple is ready to set another part of their love story. We have already seen how things ended for these two in the last movie and the next film is probably going to feature these two back, as the main lead.

It is officially confirmed that both the actors are going to come back as  Laura and Massimo. Joining these two, we are going to see  Simone Susanna as Nacho, the main antagonist of the second film, who has fallen in love with Laura and kidnapped her. This was not enough for the couple that it was revealed that he is the son of the powerful mafia that was the main revival of the Massimo family.

Along with this, we have Magdalena Lamparska and Otar Saralidze who appeared in the second film as Olga, Laura’s BFF, and Domenico, who is Massimo’s, respectively. The duo got engaged in the sequel, so hopefully, their marriage is happier than Laura and Massimo’s.

You may also like: Big News! Stranger Things Season 4 Part 2 Is Ready To Premiere On Netflix 365 Days 3 Plot: What Can We Expect With the Story? The story is already inspired by the trilogy and the synopsis of the film reads, “As the wife of Don Massimo Torricelli, one of the most dangerous Mafia bosses in Sicily, Laura’s life is a roller coaster. She is often at risk, the potential target of Massimo’s unscrupulous enemies who will stop at nothing to destroy the powerful man,”

“And when Laura is seriously injured in an attack, pregnant and fighting to survive, Massimo faces the toughest decision of his life. What will his life be without Laura? Will he be able to raise their child alone? What will the fate of his family be, and whose 365 days may come to a close?”

So, this means that there will be a lot of things happening for Laura and Massimo. We already know that Massiomo’s twin brother was already big trouble for the couple. In the final scene, we saw how Anna shot Laura, and knowing that she is pregnant with Massimo’s baby. There will be a lot of things to watch in the third film. What will happen to Laura and her baby? They fate of her will be decided in the upcoming film.

In the book, we were shown that Massimo was left unconscious after her love was shot. Bit soon they all took her to the hospital where Massimo was asked rather than to save the baby or her wife.

But there are still many things left to be covered and Laura needs to explain that she has already lost the baby when they had the accident in the first film. The third sequel will be inspired by the same trilogy so we might be getting some same scenes.

On the other hand, Netflix is known to make some serious changes in the story otherwise everything will look the same. The second book also ended with Laura being shot and the third book opened with Massimo having to choose between saving Laura or their unborn child.

The creators have already released the first movie completely same as the book which triggers many people. So, there have been certain desirable changes in the second part which might open more changes in the third film. The third book has some major twists which don’t excite the fans so much. The readers were left with major questions and we are hoping that thing doesn’t get repeated in the series.

Netflix’s 40 Years Young Review: Stream It or Skip It?

Broken Idol: The Undoing of Diomedes Díaz: Hidden Facts That You Did Know About This!