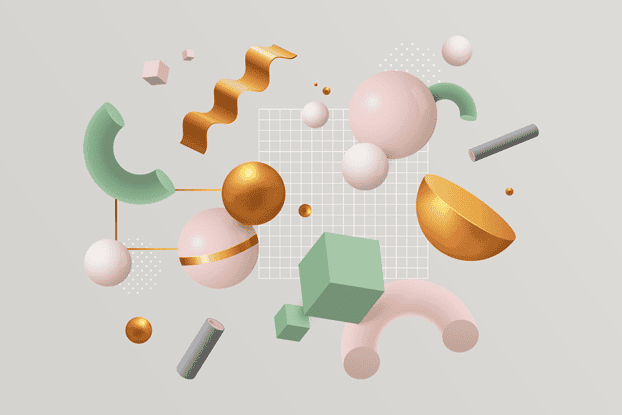 Do you know about popular 3d games? Call of duty, need for speed, battlefield bad company 2, mafia 2 are few of the most popular games where you can see great 3D graphics work.

Fyi, What You need to play 3d games?

If you want to enjoy 3d games, You will need a 3d screen, 3d glass, and high specs pc. However, a lot of pc or tv companies claim about 3d games but as per user’s opinion, 3d screen is the shit and whenever you look at the screen, go with full HD tv or 4k for your pc.

You know what, we live in a three-dimensional world: at least, no one has yet refuted this. Therefore, it is 3D games that look as close as possible to real life and real objects.

If you have noticed, recently we have written about 10 key game designing tips to develop game from scratch.

To create such a game, you need to take care of developing clear three-dimensional models of each element, from small objects to characters.

And today we are going to cover the basics that any beginner looking to dive into 3D game modeling needs to know.

3D Modeling: What Is It?

3D modeling is the process of building a three-dimensional model of a volumetric object. Unlike the 2D model, which has the parameters of width and height, depth is added here, which is responsible for the volume.

Object modeling is done digitally: there are many programs that we will talk about later. Some let you do models without knowing the code, some require a certain skill in it. Modern 3D art company use a wide range of different tools that allow varying the styles depending on the idea and the desired result.

How to Learn to Model?

How to make a 3D model for the game? This is definitely the area where perseverance and attentiveness are needed first of all. A 3D model is not made in five minutes: often it takes not just hours, but whole days in order to polish and perfect one model.

All this time you will have to spend sitting at the computer and you need to be prepared for this.

They often talk about some special computer skills, but this is not at all the point on which it is worth focusing on: now almost everyone has the same computer skills. Modeling programs have a different learning curve, so it’s easy to choose the tool that suits your current skills.

Creativity is important, but if at the initial stages it seems to you that everything is not very good with it, this does not mean that you have to give up your dream.

It is possible that it will come later: seeing what fantastic things you can do with modeling, you yourself will not notice how you start to get creative. Plus, it’s not a skill that can be measured.

There are different opinions about the need for knowledge of the code. Here we can say the following:

initially, while you are finding your feet, it will definitely not be useful to you.

Subsequently, when you work in a team with other designers and animators, you may need to learn the basics of programming.

The key words here are “may need”: it may just as well be unnecessary for you.

3D Modeling in Action: Where We See It

It’s easier to list where we don’t see it. In addition to 3D modeling for video games, we come across three-dimensional models in films, animation and commercials, in the virtual and augmented reality environment, and so on.

For example, the cartoon sphere has almost completely switched to 3D: 2D cartoons are less and less common since they are much more complex and time-consuming to create due to the need to draw 24 separate drawings for just 1 second.

Modeling is not limited to entertainment: architecture, medicine, and technology use the ability to create three-dimensional models to demonstrate projects to the customer, recreate the structure of cells, tissues, and viruses, depict complex technical details from all sides, etc.

If you are now impatient to learn how to do 3D modeling, then get ready. It is the time to discuss the modeler’s main weapon, that is, the tools with which you can create new worlds.

It’s a veteran tool for games, industry, architecture, and just for anything. 3ds Max gives you the ability to control particles very flexibly, creating a wide variety of effects from modeling animated arrays of objects to simulating all kinds of natural phenomena, such as a spray of rolling waves, smoke, etc. It can hardly be called a simple option, but you can find as many tutorials, lessons, webinars, and tips on using it as other tools have never dreamed of. Therefore, you will not be left alone with your problems. Moreover, there is a nice bonus for students: the first three years of use are free.

The program has everything you need to create 3D graphics. Maya allows you to go through all the stages of 3D creation from modeling and animation to texturing, compositing, and layering. The calling card of the program is the PaintEffects module, which makes it possible to draw with a virtual brush such three-dimensional objects as flowers, grass, volumetric patterns, and more. The tool also has a free student version for one year.

It would be unwise not to mention one of the most popular and high-quality free 3D modeling tools. Blender has an impressive set of tools and is considered a good alternative to paid software. It is great for modeling, texturing, animation and compositing. The interface is quite simple, and training courses are publicly available on the official website. One of the main advantages of the program is its cross-platform functionality. Blender works equally well and stably on Linux and Windows. In addition, the program can function even on a PC with very weak configurations.

Well, have you managed to decide on which program you will make your first model? Or maybe you are already thinking about creating your 3D game? Then a helping hand will definitely come in handy to guide you in the right direction. Follow the link https://kevurugames.com/3d-art/and see what opportunities open up for those who choose a three-dimensional world.

If you have any questions regarding 3d model, please feel free to ask and also let us know your opinion about this article.

Was this article helpful to you or not?