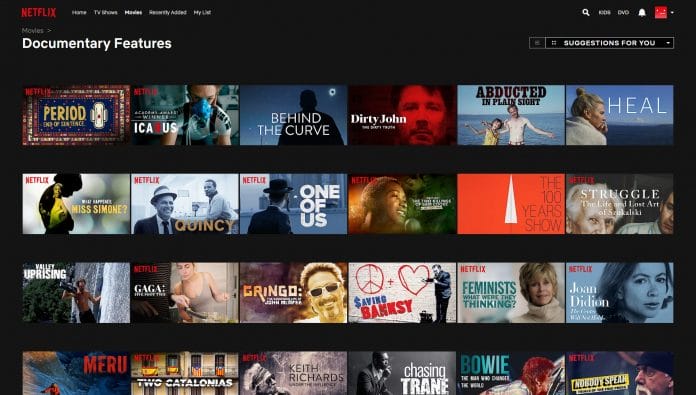 Now that you people have a lot of time on your hands, how are thinking of planning the days ahead of you? We have a suggestion for you people. Why not watch these sports documentaries and motivate yourself?

We’ve compiled a list of the 10 best sports documentaries that will help you to work towards physical fitness.

These are the top 5 music documentaries you much watch on Netflix.

These include the death of his mentor, Cus D’Amato, and immense popularity at the mere age of 20. The fame proved to be for him a curse, something his young mind couldn’t deal with and collapsed.

Manassas Tigers of Memphis are the focus of the 2011 football documentary. A high-school football team, Manassas Tigers have lost matches for years in a row. Under the guidance of their coach, Bill Courtney, the team comes together with a renewed spirit and achieves success at last.

The film is a sports documentary set in Britain. It focuses on the beginning stage of the career of Manchester United, in 1992. In the documentary, we see the stories of six renowned football-players:

Produced for the Sundance Film Festival of 1994, the movie is a sports documentary on Basketball. It follows the journey of two African-American basketball players of Illinois, William Gates and Arthur Agee, who become professional basketballers.

The 2007 documentary focuses on arcade gaming. It follows the struggle of Steve Wiebe, an arcade gamer who set a new record of high score in the arcade gaming, Donkey Kong.

The documentary features the sport of Wrestling. It gives the viewers a picture of the life of professional wrestlers outside the ring.

The documentary takes us to the world of bodybuilding. It follows the life of the professional bodybuilders, Mike Katz, Arnold Schwarzenneger, and Lou Ferrigno. We see their daily lifestyle as they prepare for the 1975 Mr Universe and Mr Olympia competitions.

The documentary is based on the life of the motorcar racing champion, Ayrton Senna. Senna was a race in Formula 1. The movie depicts his life and his eventual death on the tracks.

The docuseries is divided into five parts and follows the Sunderland AFC during 1996-97 session. It is narrated by Gina McKee, an actress and a fan of Sunderland FC.

Akanksha
A young reader before anything else. A content developer always looking for more to explore and broaden the horizon.
Copyright © 2020 Trending News Buzz, Infolinks 2020
Go to mobile version