Samsung: Samsung Set To Launch Its Own Debit Card Later This Year 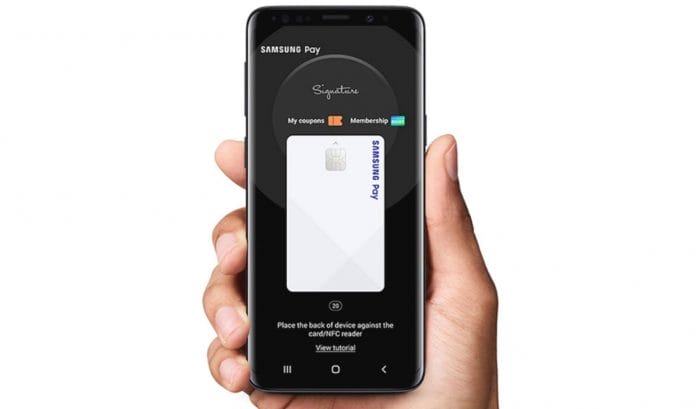 Samsung is looking to expand its payments platform with a new product very soon. They already have the Samsung Pay service, but now it seems like they’re going to make a new debit card.

They would be following in Apple’s footsteps, who themselves have a credit card of their own. This credit card integrates with the Apple Pay service, and is planning something similar with their debit card, too.

It made this announcement on their website. It’s from Sang Ahn, Vice President and GM of Samsung Pay, North America Service Business, Samsung Electronics.

The Debit Card Is An Expansion Of Samsung Pay

“We created Samsung Pay because we believe the most powerful tool for managing your finances is the device that’s always at your fingertips,” it reads. “From the first day of our launch, Samsung Pay has continued to innovate and deliver new mobile payments experiences for an expanding range of financial tasks. This summer we will help users take care of a critical area of life that impacts everyone – our finances and financial lives,” it continues.

It seems to have plans beyond just this debit card, though. This press release also signals at their intentions of creating a money management platform in general.

Has Plans To Create A Money Management Platform

“Over the past year we have been busy developing a mobile-first money management platform. Our vision is to help consumers better manage their money so that they can achieve their dreams and goals,” it reads.

They also announced that they’ve partnered with a company called SoFi to be able to pull this off. “As a first step to this broader vision, this summer Samsung in partnership with SoFi will introduce a new Samsung Pay experience with an innovative debit card backed by a cash management account,” it says.

We don’t have the exact details of how this system would work. However, this did say that they will provide more information “in the coming weeks.”