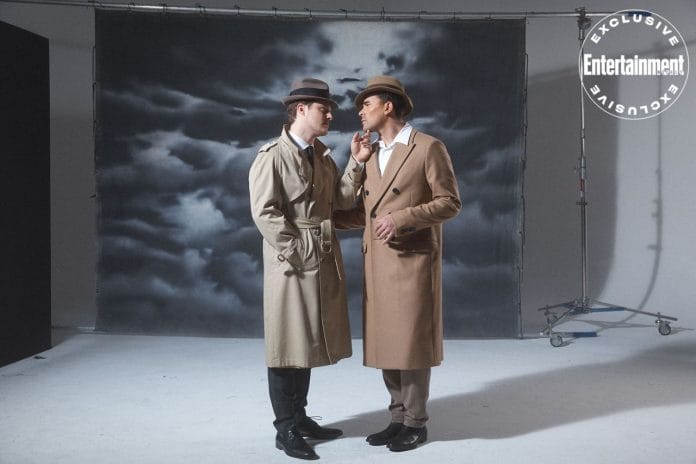 You people are about to witness a classic romantic scene in your favourite Canadian sitcom. Here’s all you need to know about it. Get updated about Schitt’s Creek season 6 here.

Schitt’s Creek is the production of Not A Real Company. Dan and Eugene Levy are the creators of the six-season show that is currently in its last stage.

The show premiered on CBC television in 2015 and has since had a run of five successful seasons, with the sixth one in progress.

The storyline of Schitt’s Creek follows the Rose Family. The Rose are a family of four: Johnny and Moira Rose, with their son, David, and daughter, Alexis. Johnny is a wealthy video store magnate who married Moira, a soap opera actress.

The four live a luxurious life, until one day the become the victim of fraud and lose everything overnight. They have no home, no money, nothing to rely on, except a joke. A joke in the form of Schitt’s Creek.

Schitt’s Creek is a small town which Johnny had once purchased to present to David on his birthday as a joke. Who knew that the joke would one day become their last resort?

With no other alternative in sight, the family moves to Schitt’s Creek. There, they find a home in a run-down motel. But their high and mighty vibes don’t sit well with the locals of the town.

Also Read  Formula 1 Season 2: New Trailer Out, Everything You Need To Know

Read more about the plot of the show here.

The central cast of the show includes:

The sixth season of this began airing on January 7th, 2020. The season consists of 14 episodes. It will conclude on April 7th.

The characters of Levy and Ried have been in a relationship for quite a while in the series. In fact, we might witness Patrick and David getting married before the season comes to an end. Now that their engagement is announced, the two of them featured in a photo shoot. In the photoshoot, Levy and Ried are seen recreating classic Romantic scenes.

Check these photos on the internet today.