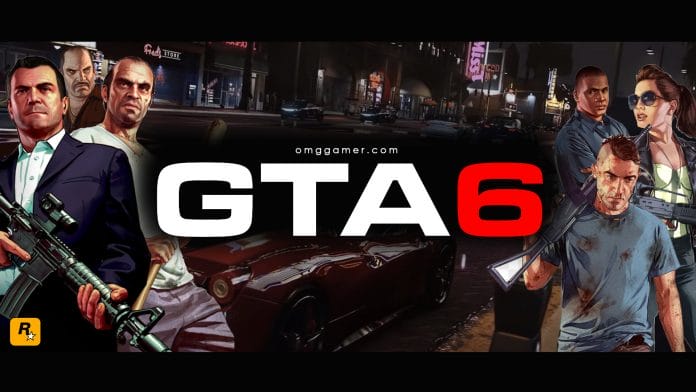 GTA 6 is an inevitability. Grand Theft Auto, in general, is one of the most iconic franchises in video game history. So, it’s safe to assume that we will, at some point, see Take-Two Interactive and Rockstar Games push out another Grand Theft Auto game. It’s largely a matter of “when”, not “if”.

However, “when” could be a lot sooner than one would’ve imagined at first. Reddit user u/bozidarilic made an interesting observation regarding the website gtavi.com. Rockstar Games have had that domain registered for years now. This on its own is not surprising. It’s standard practice for game companies to do so.

What is interesting, though, are the recent changes that this website seems to have undergone. Previously, if you went to this website, it would simply redirect you to Rockstar’s landing page for Grand Theft Auto V. However, it no longer does that. If you go to that website now, it simply greets you with an error message.

The same Reddit user also pointed out the fact that Rockstar updated this website on March 23, 2020. This wouldn’t be much to talk about on its own, but combined with a recent leak on 4chan, it does seem like Rockstar is gearing up for something.

The Timing Of Some Leaks GTA 6

An anonymous user on chan wrote about numerous video game leaks just a day before Rockstar updated their website. One of these alleged leaks was that Rockstar Games would announce GTA 6 on March 25, 2020. Now, that date has come and gone, but the timing of these two incidents does seem suspicious. There is a chance that we may see something by the end of March, but take it with a grain of salt.

Also Read  'Guardians Of The Galaxy' 3 Plot Theory: A Nostalgic Homecoming?
Also Read  Mindhunter Season 3 On Hold Find Out Why There are a few factors that go against this rumour, though. For one, Grand Theft Auto V is far from a dead game. Ever since its release in 2013, it has managed to maintain an active community. Rockstar themselves have ensured that GTA 6 Online, the game’s multiplayer component, remains fresh with a steady trickle of DLC.

GTA 6: The Writer Dan Houser And Rockstar Games Co-founder Left His Job, What Will Be The Future?

This May Just Be A Rumor, Though

So, while we may still see GTA 6 at some point, Rockstar doesn’t necessarily need to drop a sequel when the previous entry is still doing well. Well enough to become the best-selling entertainment product in history.

Another reason this may not pan out is a tweet that Kotaku’s Jason Schreier put out recently. In response to a fan asking him if there’s any truth to these GTA 6 rumours, he simply said, “Don’t get your hopes up.” While he could be wrong in this situation, Jason Schreier has a stellar track record when it comes to video game journalism. As far as whether we’ll end up seeing a GTA 6 reveal? We’ll simply have to wait and see.