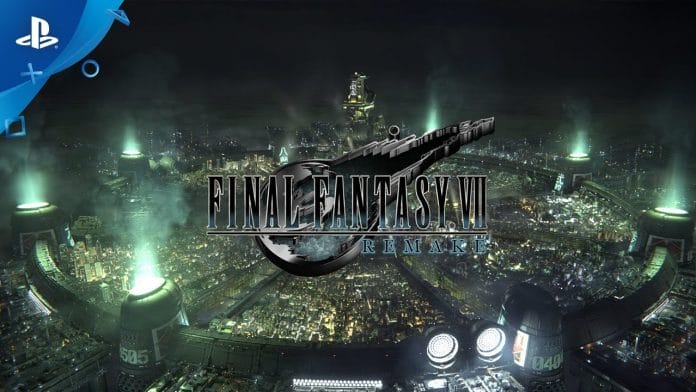 Final Fantasy is a video game developed by the Square Enix. This game was first released in the year 1997 and it immediately gained its popularity as one of the best JRPG titles around and attracted over 7 million of gamers around the world to the genre.  Due to the success of Final Fantasy 7, the Square is going to release a remake of this game. It confirms that the game will come on a PS4 platform, but there is another surprise waiting for the gamers. Fans using other platforms will get to see a release expectedly in the year 2021.

According to The Verge, the battlefield in remake makes the game different and unique than their previous launch. They quoted “Final Fantasy 7 Remake’s re-imagined battle system makes it feel like an all-new game”.

The first trailer of the game was made at the announcement of the Remake at E3 2015. The most crucial trailer was launched at a Final Fantasy 7 concert which was held at Los Angeles, where the director Tetsuya Nomura announced the initial release date of the remake which was 3rd March 2020. The trailer was only a minute long.

In another trailer, which was launched at Tokyo Game Show 2019, showcased the first look of characters, summons, mini-games and more. The most recent trailer is only a minute long but no Final Fantasy fan would ever want to miss it. This trailer shows snippets of combat and flashes some of the iconic characters.

Also Read  Research Says Driving Car is Stress Buster For Rodents
Also Read  How To Get Away With Murder Season 6 Episode 10: Everything To Expect, Release Date And Cast

What to Expect in the Demo: The Mako Reactor scene sees cloud Strife’s introduction as a piece of machinery for an avalanche, the eco-terrorist organization that is trying to destroy the Shinra Company as well as the leader of the Barret Wallace.

As the gamer battle to the Shinra Company, the demo teaches you about the new combat system and traversal system like avoiding environmental hazards. There are also some treasure systems and some interactive environmental details that have hidden items. Square Enix has confirmed through a Twitter post that the ongoing Coronavirus pandemic will not change the FF7R’s release date, but the distribution may vary across the countries. So, it is possible that not all the players will receive the game on its release date.

Square Enix has also started making a video series on how the remake is made. It will be a documentary series, that will include interviews of those who worked in the game. Aiming to give the fans some exclusive secrets behind the game. The first episode is already been post which runs about 22 mins.

According to a new leak, the game’s install will take about 100GB of storage. Square Enix has also confirmed that the game will spread over two Blu-ray discs. The preview of FF7R is impressive. Remakes are seamless, advent Children-tier cinematic and real-time combat. The game same story, characters, and enemies, the characters have some new abilities and some cut scenes will make the game more narrative.

A significant way the game is going to differ from the original is that this remake is going to be an episodic one. The reason behind this decision is just a proper HD remake. In an interview, Famitsu said the remake will be action-base.