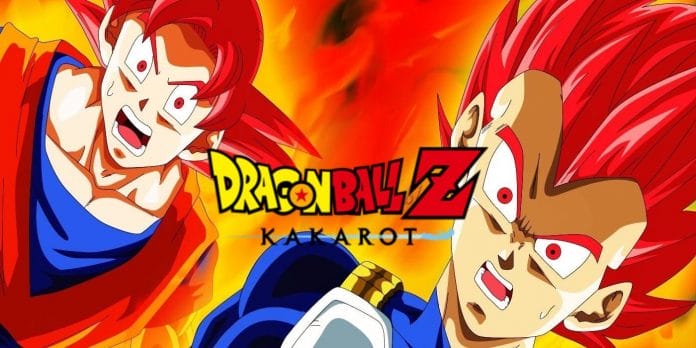 Dragon Ball Z Karakot will jump into the experiences of Dragon Ball Super, making Goku achieve a greater form and battle against Beerus.

According to reports it will let you unlock super Saiyan God for both Vegeta and Goku in the main game. The DLC’s title is ‘a new power awakens – Part 1’ so there will be more to look out for.

The game on Xbox One, PS4 and PC will continue our heroes’ adventures after the events of Dragon Ball Z and introduces characters from Dragon Ball Super.

The DLC comes include with the Ultimate Edition of the game but can also be purchase separately. In the game, if you attain enough point then you can unlock super Saiyan God form. With the new form, new moves will be added and boost the stats and further perform finishers.

You will be training under Whis and ones the training will be complete, super saiyan God Goku can battle Beerus and reenact the epic conflict from Dragon Ball Z: Battle Of God .

The game has already 2 million units worldwide since it’s launching in January and has seen many updates. The new update is name ‘The time machine’ and is out this month but no details have been reveale on what it offers.

Kakarot is one of the most popular games out there which have adapt from an anime/manga and continues to grow big as the part 2 of a new power awakens has great expectations and excitement in its corner already.

It would be exciting to see beerus, the god of destruction take on our hero Goku , the Saiyan prince in the super Saiyan blue form. In the game ones you have unlocked the super saiyan God form you can use this form in the base game which will allow you go back and exchange blows with past enemies.

It is still unclear what part 2 of ‘a new power awakens’ will include but most likely it will allow our saiyan heroes to transform into super saiyan Blue.