Trending News Buzz
Home Top Trending Bad Education: The Trailer For Hugh Jackman's Film Is Out, What To...
Top Trending 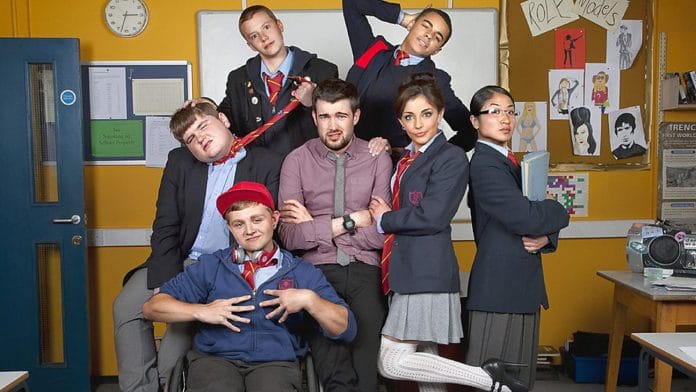 Bad Education is a comedy-drama film directed by Cory Finley.

The film is based on a true crime that took place in Long Island high school. The movie focuses on the Roslyn school scandal. The story is about a school in Long Island on the verge of nations top spot with record-breaking admissions and excellent property values.

But everything can’t be all good and happy always. The school faces a tough situation when an embezzlement scandal in history unfolds.

One of Long Island’s famous crime story will be soon released on HBO. The premium TV network dropped the trailer and will hit the small screen on 25 April 2020.

The film premiered at the Toronto International Film Festival in September 2019.

The film starring Hugh Jackman takes us through the Roslyn school scandal that happened in Long Island. Jackman portrays the Superintend Frank Tassone. He tries to cover up all the dirty works. Nevertheless, he was later on convicted for stealing 11 million dollars from the school fund to lead a lavish life. Tassone took the money from district and spent it on holiday homes, gambling and vacations.

Also Read  WandaVision: The Show Wraps Up Production For Season One, Celebratory Photo Shared
Also Read  Game Of Thrones 5: Gory Deaths We Love And 5 That Left Us Numb

The Roslyn school scandal is a real-life event. The director’s producers converted the real-life story into a movie. Mike Makowsky, the co-producer and writer, has a very personal touch to the story. He was one of the students at Roslyn when the events happened. So it’ll be based on the things he has observed during that time.

The Long Island school district was one of the most prestigious in suburban New York before The scandal. The story will show us what happened after the scandal became public. Moreover, it’ll discuss how and why Tassone did the crime and thought he could get away with it. Tassone who did the crimes in Long Island was released from prison back in 2010. He served for three years in the prison.

Allison Janney both an Emmy and Oscar winner and Ray Romano also an Emmy winner will play significant roles in the scandal story. Geraldine Viswanathan, Alex Wolff, Rafael Casal, and Annaleigh Ashford will be in the film as well.