Trending News Buzz
Home TV Shows The Crown Season 4: The Crown Is Not Shutting Down Production Even...
Top TrendingTV Shows

The Crown Season 4: The Crown Is Not Shutting Down Production Even After Concerns 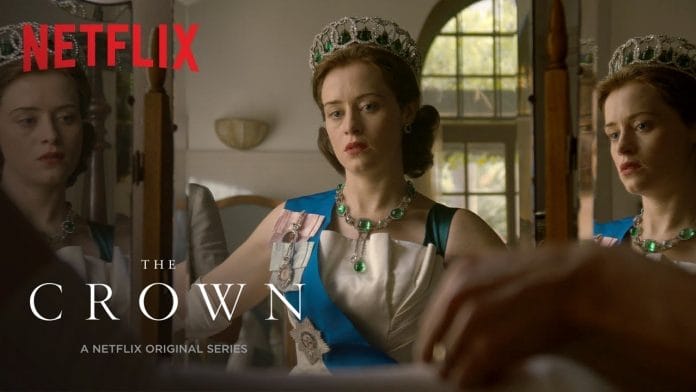 The Crown Season 4 is not shutting down even after concerns amid the coronavirus scare. Is that good news or bad?

In a recent turn of events, we have seen many companies shutting down, schools and colleges closing down due to the COVID-19 outbreak. This has been the case for several movies like Matrix 4. There is news that the novel Coronavirus has infected even actors like Idris Elba and Tom Hanks.

In such a circumstance, shutting down would be the smart way to go. This is important to reduce community transmission of the virus. This, however, is not the same for The Crown, especially for Season 4. There is news that its production is not shutting down despite concerns. Read on for more details.

Read about the Crown Season 5 here. Deadline reported that the show, based on the royal family, will continue production despite scares. Left Banks Picture is planning to tie up the final parts of the season. This is good news for fans. It implies that the release of the show will not be delayed. The streaming giant has not announced an official release date as of now.

This announcement comes a few days after the production of The Witcher was brought to a stop. This show is also from Netflix.

Also Read  No Time To Die: Daniel Craig Was Not Happy About The "Curse" Rumours About The Film
Also Read  Coronavirus : Trump Signs A $8.3bn Bill To Fight Coronavirus Outbreak In USA

Read about the Crown Season 4 here.

The Crown Season 4 will focus on the Queen of England Elizabeth II. Through the seasons, we follow the character through British history. It is played by Olivia Colman in the upcoming season and will be played by Imelda Staunton for the fifth and final season.
Claire Foy will return for Season 4, so will Olivia Colman, in a story that will pick up in the 1980s. They play the role of the Queen. Princess Diana will be introduced in the new season along with the UK’s first female Prime Minister, the late Margaret Thatcher. This season will also include Prince William and Prince Harry. Gillian Anderson will star as Thatcher with Emma Corrin playing Diana.

Read about Europe being under lockdown here.

The COVID-19 is a novel coronavirus that first originated in China. It has now spread to the rest of the world, and Europe has become the epicenter. Recently the World Health Organisation declared it as a pandemic.

The virus has affected not only the lives of people across the world but economies.

What are your thoughts on the continuing production of The Crown Season 4?