Ozark Season 3: Air Date, The Plotline That Will Keep You Glued To Your Screen 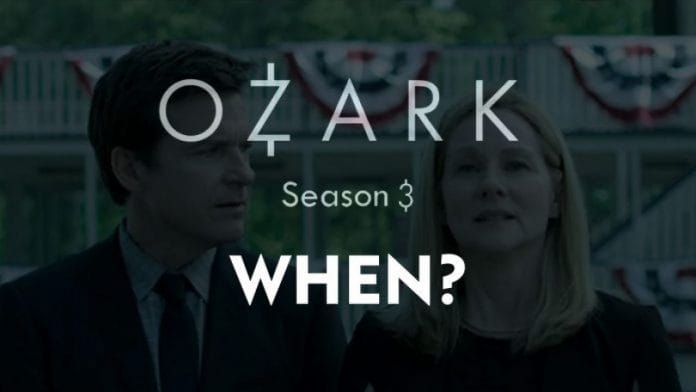 Finally, the wait of all the “Ozark” fans is over. The air dates of Bateman’s “Ozark” season 3 are out!

“Ozark” is an American crime drama web series on Netflix. Jason Bateman stars the show as Marty Byrde and has also directed some of its episodes.

The plot of the show follows Marty Byrde. Byrde is a financial advisor and lives with wife, Wendy Byrde, and two children, Charlotte and Jonah, in Chigaco. Marty’s life turns upside down when one of his money laundering schemes go wrong.

In the wake of it, the Byrde family have to relocate to Oscar Beach, Missouri. Marty gets tangled in performing even bigger laundering operations for a Mexican drug cartel in the Ozark.

The first season of the show was released in July 2017. It was followed by a second season in October the next year. The show had been renewed by a third season soon after.

Season 3: Everything We Know

The Netflix team has recently launched a video on YouTube of the third season of “Ozark”, declaring its release date as March 27th, 2020.

In the video, we see cards being shuffled, notes being counted and casino coins scattered around. It would suggest that a majority of the upcoming show would be shot in the Byrde’s Boat casino.

Bateman has already confirmed that the third season will have 10 episodes.

While the central cast of the show would remain the same in the upcoming season, there are going to be some new faces as well. Madison Thompson will play Helen’s teenage daughter. Apart from her, two Marvel stars joining the show are Tom Pelphrey and Jessica Frances Dukes.

In the coming season, we can expect Marty to move further on the wrong path. Ruth Langmore makes attempts to get intimate with the Byrdes. We might also encounter a tenuous phase between the Byrde couple, and Wendy’s retarded brother is going to make a rather memorable entry in the season.

That sounds like an interesting bunch of development. We’re hanging in tight for the third season.