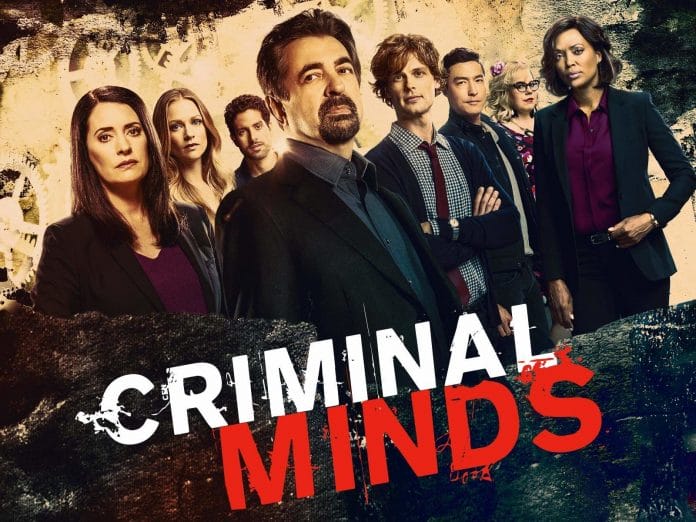 Criminal Minds is an America Drama series. The story is about an elite group of profilers analyse the nation’s most dangerous criminal minds to anticipate their next moves before they strike again. The show has been running successfully for 15 seasons. The last episode of the 15th season premiered on 19 February marks the end of the long journey of criminal Minds.

Criminal Mind Comes To An End

After 15 seasons, Criminal Minds came to an end on 19 February 2020. The procedural FBI drama has been a cornerstone of CBS’s prime time night line-up since 2005.

The gang at the BAU said farewell with back-to-back episodes. Like many series, this one also ended with a gathering of the cast, glasses of champagne, and emotional speeches.

But before they get to the goodbyes, Rossi and the company had to hunt down one more psychopath before popping bottles and toasting the end of an era. The psychopath was “The Chameleon”.

The show treated fans to flashbacks of some of their favourite characters who are no longer with the show and even brought back a few as guest stars. In one of the plotlines, Dr Spencer Ried suffers a brain hemorrhage and hallucinates the return of Chief Strauss, Maeve Donovan, and George Foyet.

The finale also teased a budding romance between Luke Alvez and Penelope Garcia. Garcia is starting a new job at a “non-profit,” which leads to Alvez asking her out to dinner.

The series finale opened with Reid reporting to work, business as usual. Reid went chasing after Gideon and wound up in Garcia’s office. Erin Strauss shared Reid’s diagnosis and assured him he is not like his mother.

Rather, his unconscious self is on a ‘journey’, one which will present temptations. First and foremost, Reid ran into George Foyet, who fancied himself ‘the beginning of the BAU’s end’ and teased the agent about the six colleagues cut down by the explosion at Lynch’s hideout. Meanwhile, in the ‘real’ world, Krystal picks up on the fact that husband Dave is considering retirement since the Chameleon threat has been neutralized.

Garcia reports of the eight total casualties at Lynch’s hideout, six were agents, one was Roberta and the other was P.I. Orlando Gaines! Which means the Chameleon is still loose!

The Jet Blowing Up

Back at the BAU, a new profile of Lynch surmises that he will now come after the team directly, on their turf. Lynch gets the drop on the detail outside Rossi’s home and then flashes a badge to get Krystal to let him in.

Also Read  All The Adam Sandler Movies Ranked On Netflix!!
Also Read  Top Gun Maverick: Why Is The Release Date Being Preponed By Two Days?

Krystal, recalls David showing her photos of the Chameleon’s assorted disguises, and conclude that she is now in his presence. But it’s too late. And now it’s time to make a trade.

Lynch, along with Krystal meets up with Rossi and the BAU at an airstrip, where the team’s jet is fueled up for his use. Rossi pleads to take Krystal’s place as a hostage, and he succeeds in convincing.

He picks open his handcuffs then retrieves a gun hidden inside a compartment in the jet. Rossi clumsily sneaks up on the pilot, gets shot, and tumbles out the plane door. But that frees up J.J. and set fire to a trail of leaked fuel and blow the jet up. Rossi has healed and hosts a party in his backyard. Except this isn’t for his retirement but Garcia’s departure from the team. She is to accept one of the multiple job offers and work for a non-profit not too far from her friends at the FBI.

As for Prentiss, she kind of tanked the FBI director promotion by missing signs of Roberta Lynch’s suicidal inclinations. But she and Mendoza are house-hunting in Denver. Similarly, J.J. does not appear headed for New Orleans.

Prentiss is among those who toast Garcia (while touting her plans for a significant haircut), as is J.J. (who insists that Penelope has been the team’s “glue” all this time). The guest of honor then stands before the crowd to thank them “for reminding me that there is an infinite amount of heroism and kindness in the world, no matter how bleak it seems.”

The next morning, Emily & Co catch Garcia trying to give the BAU a departure without notice, by slipping away days early.

That gives her an excuse to bequeath assorted tea mugs to team members before Prentiss announces “Wheels up” for the shiny new jet. Penelope then powers down her P.C.s one final time, before turning out the lights.

"Thank you for letting me be a part of this for so long and thank you for reminding me that there is an infinite amount of heroism and kindness in the world no matter how bleak it seems." ❤️ Thank you for an incredible 15 seasons, #CriminalMinds family. pic.twitter.com/fpmkewsEUE