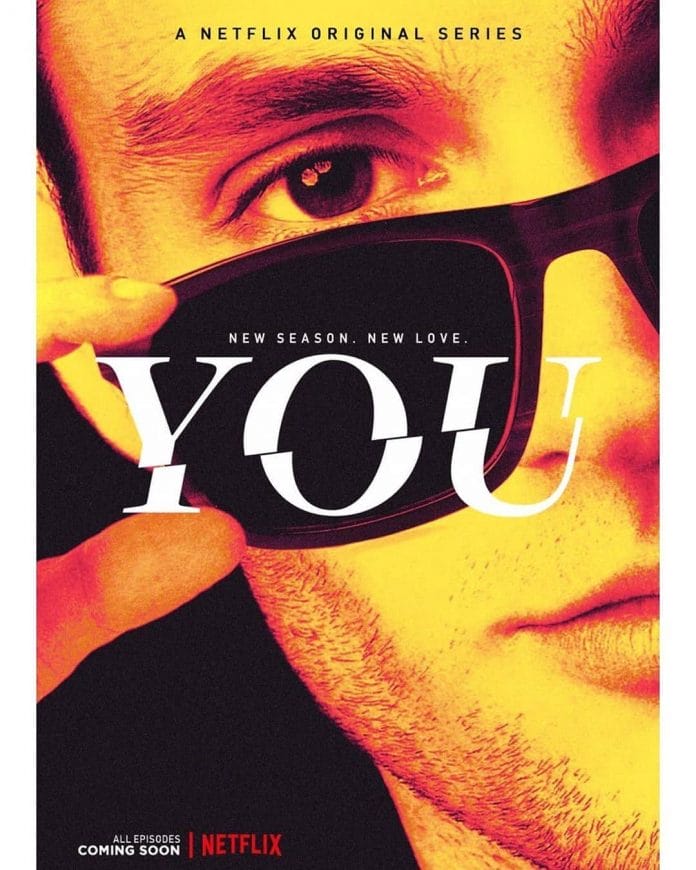 ‘You’ is an adaption of a book written by Carolina Kepnes. It is a psychological thriller streaming on Netflix.

When Will You Season 3 Release?

You season 2 dropped on Netflix on 26 December 2019, and most of the fans have made it through all the ten episodes, and they are begging for more!

After the 10th episode of season 2 of You, the show promised that it would come back for another run. Joe discovers the new object of his creepy affections, raised his kill count to a total of eight, and entered into suburban familial bliss with loony Love.

Breaking: You will return for a third season. As in, the show. Called You. Not *you*. You know?

In You season 2, we saw Joe move into LA to leave behind his murderous past. There he meets Love, a young widow. But, how did Love’s first husband die!?

In season 2 of You, we learn a lot about Love, and especially in those last couple of episodes. She seems like the perfect partner for Joe.

Joe Goldberg (Penn Badgley) moved to Los Angeles under the new identity Will Bettleheim. In his very first days in LA, he meets Love Quinn, in a supermarket.

Love and Joe hit it off right away. According to Love’s Facebook profile, she was married. So he trusted himself to spend time with Love. Joe and Love can be friends, and he would not risk repeating his past behavior.

She later opens up about her personal life to him. Then Joe realises that everything was not quite as he believed. Love was a widow. Her husband, James, had died several years before an unknown illness.

In one of the flashback scene in episode six, Love re-lived the heartbreaking moment when James told her that he was sick. He also revealed that he did not have long left to live.

However, the actual reason for how James died is not revealed. All of this made the viewers suspect that Love may have killed him.

Viewers get to know that Love was left extremely upset and angry that her husband did not want to start having a family so young. Perhaps his illness, coupled with his refusal to have children, pushed Love over the edge.

According to the series: “When Love’s ex-husband tells her he is not interested in having a family, she is disappointed. He becomes ill shortly after. We are told he was sick with a stomach issue, and that after ‘tests’ they never find out what killed him”. Thankfully You is getting renewed for a third season.

For sure Joe, the super creepy central character and the narrator is returning.

Considering where things were left during the second season, we’d also assume that Love will be central to any continuation of the story.

Dr Nicky (John Stamos) also popped up for a short time in season two, from behind bars. He is now aware of Joe. Although, even if he’s not sure of his real name.

There’s every possibility that the ‘real’ Will (Robin Lord Taylor) could play a part in the third season, considering that he’s the only friend of Joe.

Phoebe is one of the most jocular characters on FRIENDS and we have picked up a few strange and interesting things about her apartment...
Read more
Technology

Phoebe is one of the most jocular characters on FRIENDS and we have picked up a few strange and interesting things about her apartment...
Read more

Introduction (Dragon Ball Super) Are you ready for the ultimate battle of the year 2020?? Gear up folks because the war is about to begin....
Read more
Load more
Copyright © 2019 Trending News Buzz