The Matrix is an action thriller movie series written and directed by the Wachowskis. Warner Bros own the media franchise.

The Matrix and it’s two other sequel movies collectively earned $1.6 billion at the worldwide box office. In all the three chapters of Matrix film series, Keanu Reeves and Carrie-Anne Moss portrayed Neo and Trinity, respectively.

Get Ready To Take The Red Pill! (The Matrix)

A new edition to the Matrix franchise! Matrix 4 is coming up, and its production on the film started in February 2020. Details about the upcoming movie are scanty, but the movie will release next year on March 21, the same date as John Wick 4.(another Keanu Reeves-fronted film).

Wachowski said in a statement, “the ideas Lily and I explored 20 years ago about our reality are even more relevant now. I’m thrilled to work with this franchise again. I’m pleased and grateful for another chance to work with my brilliant friends.”

Warner Bros said “we could not be more happy about re-entering the Matrix with Lana. She is a true visionary — a singular and original creative filmmaker — and we are thrilled that she is writing, directing, and producing this new chapter in The Matrix universe.”

The Cast Of The Matrix

Keanu Reeves and Carrie-Anne Moss are coming back with a bang to play their iconic roles. Keanu plays Neo, who is a character that appears at night; he works as a hacker to earn some extra money. Carrie-Anne Moss represents Trinity. Like other main characters in the film, she is also a computer programmer.

It was also revealed that the role of Morpheus would be played by a younger actor.

The role played by iZombie’s actor Andrew Caldwell in the Matrix film series is still kept under wraps!

Izombie actor Andrew Caldwell reportedly joined the production in a secret role. He is the latest addition to the cast in the sci-fi fiction. Caldwell’s role is still undisclosed, even though the camera has started rolling for the new movie in the franchise.

Through his acting career, he has appeared in small roles for films like The Transformer and Drillbit Taylor. Recently, he starred in the Eli-Rose produced thriller Haunt and Universal’s Unbroken: Path to Redemption, a sequel to 2014’s Unbroken.

Top 10 Movies To Watch If You Loved The ‘Blade Runner’ 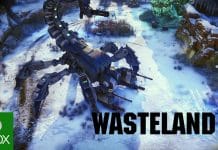