Trending News Buzz
Home Movies The Story Behind The Characters Of Bombshell Inspired By Real Employees Of...
MoviesTop Trending

The Story Behind The Characters Of Bombshell Inspired By Real Employees Of Fox News! 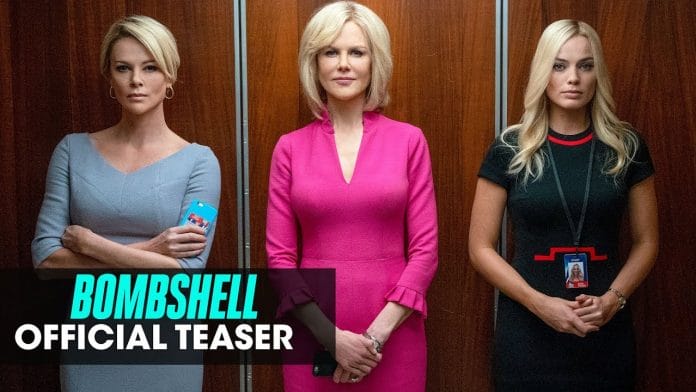 Bombshell is the story of sexual harassment at Fox News Channel during the earth-shaking United States Presidential campaign of 2016.

Release date and trailer Of Bombshell This project was first unveiled in May 2017 following Ailes’ death, and Roach confirmed as director the following year. Principal photography for the film began on 22 October 2018, in Los Angeles, California. So the movie Bombshell hit the theatres on 20 December 2019.

Here is the movie trailer:

The cast of characters in Bombshell is really big. There are so many characters involved because running a 24-hour news channel takes a lot of staff. Bombshell has a great cast, transformed and dedicated to their roles, giving their all performance-wise. It comprises actors and actresses taking on the appearances, personalities, and mannerisms of real-life figures involved in the scandal.

The cast of the movie consists of Charlize Theron as Megyn Kelly, Nicole Kidman as Gretchen Carlson, Margot Robbie as Kayla Pospisil, John Lithgow as Roger Ailes. Bombshell‘s on-screen portrayal is a chance to do justice to Ailes’s victims and their terrifying stories. This made his casting all the more significant. They spent a lot of time watching YouTube videos of Fox hosts like Geraldo Rivera (Tony Plana) and Sean Hannity (Spencer Garrett) to understand the network truly.

Is it a must-watch? Bombshell sheds light on a critical issue of abuse from those in power. The spectacular cast brings life to the movie and portrays the real-life characters beautifully. But on an entertainment level, Bombshell doesn’t hit with as much force as it should. It lacks emotional power and failing to provide any style to its necessary substance.